Eddie Hearn, promoter for IBF, IBO, WBA, WBO heavyweight champion Anthony Joshua, makes it clear that his boxer’s main interest is the WBC world title – and he wants to face whoever holds that belt.

The current champion is Tyson Fury, who captured the belt back in February with a seven round stoppage of Deontay Wilder.

Fury and Wilder are tabbed to face each other in a trilogy fight, which is targeted for the tentative date of December 19. 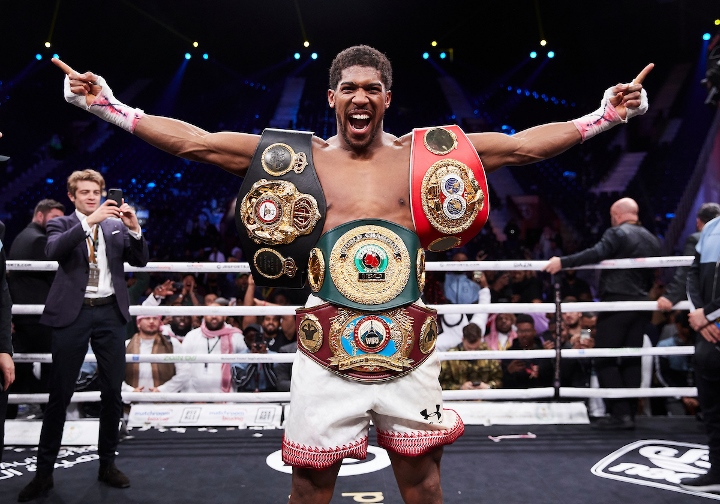 Joshua has a mandatory fight at the end of the year, against Kubrat Pulev.

Should he win his next fight, Joshua wants a unification bout with whoever holds the WBC title, according to Hearn.

Fury, should he beat Wilder, has a mandatory defense on his plate against Dillian Whyte – should Whyte beat Povetkin on Saturday night.

“He was never worried if it came against Wilder or Fury. Whoever. Whoever owns that belt is who Joshua will face for the undisputed championship. We know the winner of Saturday’s fight will be ordered to face the winner of Fury vs. Wilder. If Fury does not want to fight Whyte, then Whyte will be elevated to champion from interim champion. Now I do not like that.