Joshua scored a seventh round stoppage of Povetkin in 2018, and also knocked out Whyte in seven rounds in 2015.

In both of those fights Joshua was rocked in the early rounds, but recovered and eventually broke down his opponents. 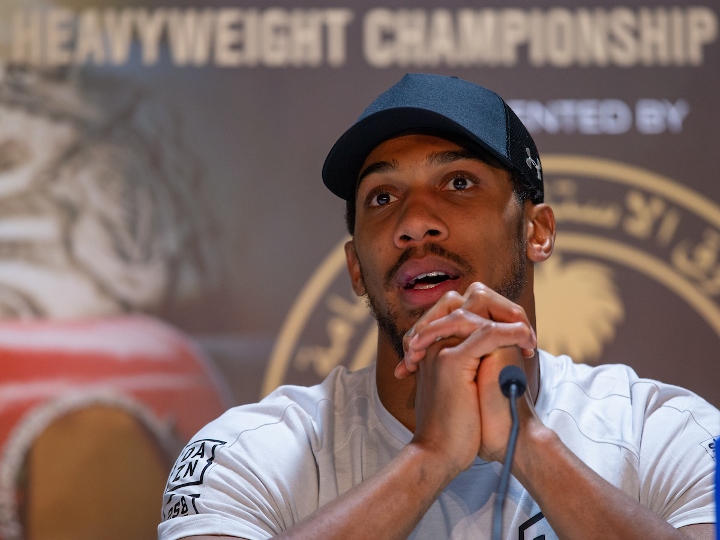 Whyte will stake his WBC mandatory status against Povetkin on Saturday night at Matchroom’s Fight Camp in Brentwood.

Povetkin, an Olympic gold medal winner and former WBA world champion, is likely in his final opportunity to place himself in position for a world title shot.

Pursuant to a WBC order, Whyte is due a mandatory shot at the title by February 2021.

Tyson Fury, the WBC champion, will defend his title in a trilogy fight with Deontay Wilder before the end of the year. The contest is being targeted for a tentative date of December 19.

“I spoke to AJ who doesn’t like this fight for Whyte. He thinks that this is a banana skin and that Povetkin could upset the odds,” Hearn told Sky Sports.

“For Whyte, he has waited over 1000 days for this opportunity but Povetkin could steal it from under his nose. I still can’t believe Whyte is taking these risks. When you sit as the mandatory challenger, what you don’t do is fight Joseph Parker, Derek Chisora, Oscar Rivas and Povetkin while you wait.

“What is Whyte doing by fighting Povetkin here? This isn’t The O2. This will be the strangest environment either guy has ever boxed in. Whyte, time and time again, puts it all on the line. He is the people’s champion. Joshua himself will fight before the end of the year and may be forced to compete behind closed doors if crowds continue to be barred from sporting events.”