Last month Showtime announced their boxing schedule for the rest for of the year. Their last broadcast took place in mid March and like the rest of the sports world, their schedule was put on hold due to the covid-19 pandemic.

Local regulations permitting, the plan is for all of the Showtime cards to be held at the Mohegan Sun in Connecticut.

There are several interesting fights on the docket but the one that stands out the most is the September 26th double main event pay-per-view event, headlined by Jermell and Jermall Charlo. Jermell will attempt to unify 154 pound titles against Jeison Rosario while Jermall will defend his middleweight title against Sergiy Derevyanchenko. 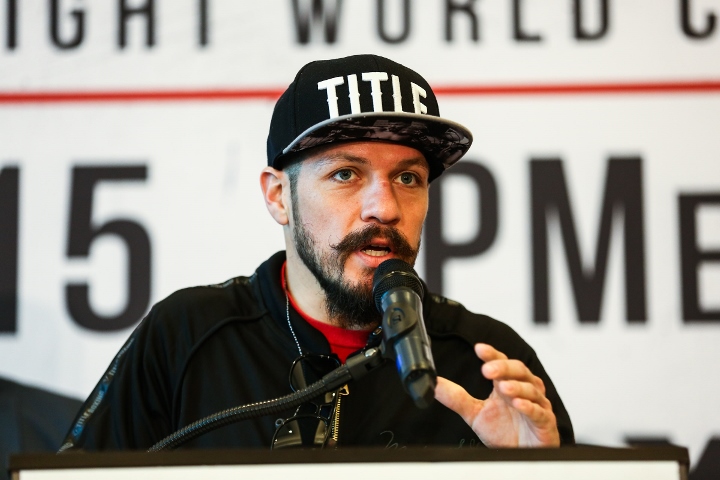 One of the fights on the undercard will pit the resurgent Diego Magdaleno (32-3) against Isaac Cruz (19-1-1) to determine the IBF’s #2 contender in the lightweight division.

Magdaleno resurrected his career with an upset victory over Austin Dulay in February which earned him a contract with Premier Boxing Champions (PBC).

He has twice attempted to fight for world titles in the past and believes a win over Cruz will put him on the cusp of another shot at a championship.

“Issac Cruz is a young and hungry fighter. He is only 22 yrs old and very tough. Like the last opponent I had, experience is the key to another sweet victory. Winning this fight gets me another shot at a world title,” Magdaleno told BoxingScene.com.

Magdaleno credits his success to the work he has done with new trainer Bones Adams.

While never known for his power, Magdaleno said that Adams has him pinching harder than ever before.

“Bones Adams has made some adjustments that have improved my style which is making me hurt all my sparring partners in my last training camp and it continues in this one. I’m super eager to get back in the ring. With or without a crowd I will be ready,” said Magdaleno.

Felix Verdejo: I’m Ready To Fight All of The Names at 135-Pounds