David Benavidez’s latest career hiccup could prove to be a lucrative option for a challenger waiting in the wings.

Turkey’s Avni Yildirim will patiently wait out a forthcoming ruling to determine his next step in the hunt for the World Boxing Council (WBC) super middleweight title. Yildirim (21-2, 12KOs) was due to next face Benavidez (23-0, 20KOs), who has since been stripped of his title for failure to make weight in an eventual 10th round stoppage win over Alexis Angulo this past Saturday in Uncasville, Connecticut.

Interest among a number of candidates to vie for the vacant crown has prompted the WBC Board of Governors to hold an emergency meeting on Tuesday to determine the next course of action.

“The WBC has received a variety of petitions from many fighters wishing to compete for the WBC vacant super middle championship,” Mauricio Sulaiman, longtime and recently re-elected president of the WBC told BoxingScene.com on Monday. “The board is in the process of making such voting and the course of action will be determined shortly.” 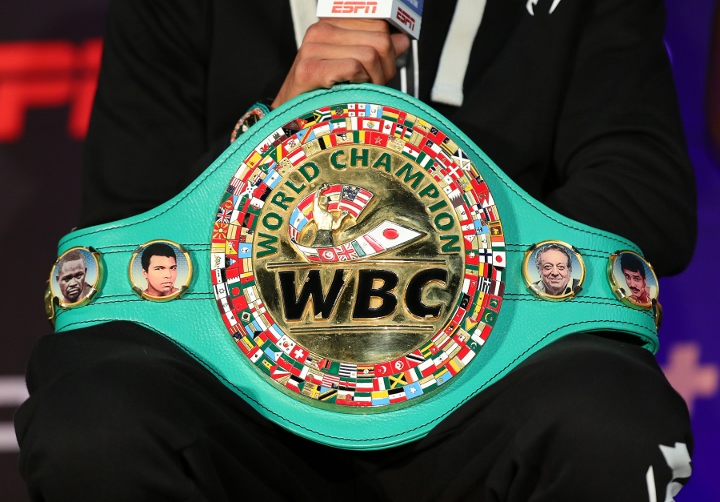 Among those who have expressed interest include Mexico’s Saul ‘Canelo’ Alvarez (53-1-2, 36KOs), easily boxing’s most bankable attraction in the sport and who remains without an opponent for his next fight which he hopes to take place this fall. Alvarez has claimed title wins at junior middleweight, middleweight and light heavyweight, along with a secondary title win at super middleweight.

His status with the WBC was addressed during the sanctioning body’s 58th annual convention. Sulaiman informed registered attendees that he would reach out to Smith to determine his interest in further representing the WBC. At the time of the session last Thursday, Smith was in line to challenge the winner of a planned Benavidez-Yildirim mandatory title fight, of course assuming at the time that Benavidez would defend his title versus Angulo.

Of interest in the ruling was the determination at the time that Yildirim was due a title shot before Smith.

Should Yildirim hold his place in line, it will mark the second straight time he will fight for a title that was stripped from Benavidez. The 29-year old contender from Istanbul dropped a tightly contested technical decision defeat to Anthony Dirrell in their vacant title fight last February, with the belt made available after Benavidez was suspended due to testing positive for cocaine during random drug testing through the WBC Clean Boxing Program.

Dirrell suffered a hellacious cut from a clash of heads in round seven, with the fight stopped three rounds later upon order of the ringside doctor. The WBC fielded a protest from Yildirim soon thereafter, determining that he would get the winner of a showdown between Dirrell and Benavidez in lieu of an immediate rematch.

Benavidez stopped Dirrell midway through the 9th round of their title fight last September in Los Angeles to regain his belt. His first attempted defense ended at the scale, showing up nearly three pounds over the super middleweight limit. The belt was vacated and declared available only for Angulo (26-2, 22KOs) who made weight but otherwise lost every round before the fight was stopped.

There remains concern within the WBC over whether Benavidez can safely make super middleweight. The sanctioning body requires 30-day, 14-day and 7-day weight safety checks to ensure that its participants are properly shedding weight ahead of WBC-sanctioned contests.

An evaluation into Benavidez’s current state could determine whether he will be permitted to challenge for his old belt for a third time, or if a strong recommendation will come for the growing 23-year old to compete at light heavyweight.