An “0” must go on August 22 when undefeated East Hartford, Connecticut’s, “ACTION” ANTHONY LAUREANO (13-0 4KO’s) takes on Hoboken, New Jersey’s, JULIAN “HAMMER HANDS” RODRIGUEZ (19-0 12KO’s) in a scheduled 10-round super lightweight bout at The Bubble inside of MGM Grand in Las Vegas. 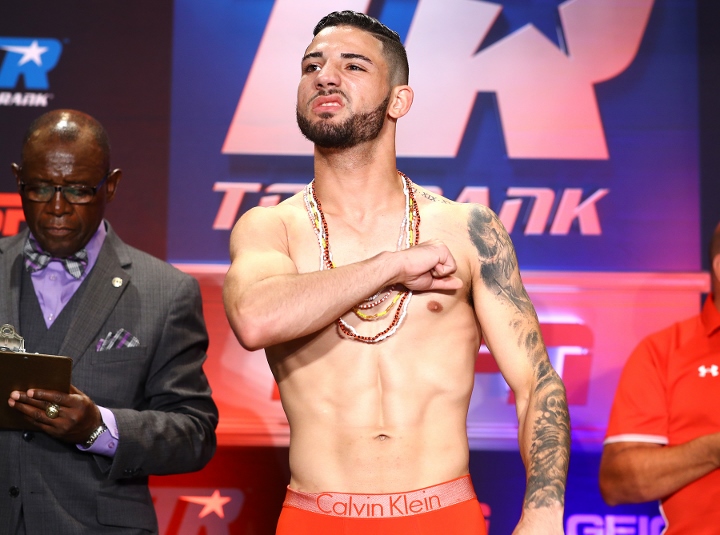 Laureano prides himself on his humble beginnings, but don’t allow his constant smile to fool you, he comes to fight. “Action” Anthony rose the ranks of the New England amateur circuit, culminated by adding back to back Open Western Massachusetts Golden Glove Championship (’15, ’16), as well as a 2016 New England Golden Gloves Championship, to his mantle. Turning pro in September of 2016, Laureano has not looked back, ripping off 13 consecutive wins. As a pro Laureano earned the ABO Continental America’s super lightweight title, successfully defending the belt three-times, and was named 2018 Connecticut Boxing Hall of Fame Fighter of the Year. This will be the biggest fight of Laureano’s career which has been nurtured by Star Boxing, developing him into a local fan favorite.

Laureano believes it’s his turn to shine, “I want to show the world that faith moves mountains. I want to show everyone my heart and my grit. I will receive my blessing. You know you will see action! I’m coming for mine! God is always good!”

NATE TORRES, Manager and Trainer of Laureano, commented, “We are very grateful for the opportunity to be fighting on such a great card. Anthony is prepared to put on a great show. We know Julian is a very good fighter and we have prepared as such. Our team is just as confident as they are. We are coming to win! It will be a great fight!”

Julian Rodriguez is considered one of the top prospects in the country. He amassed over 230 amateur fights winning the 2013 National Golden Gloves. At the age of 25, Rodriguez is a 6-year professional with skillset to back up his perfect record. After a 22-month layoff due to a shoulder injury, Rodriguez returned with vengeance in 2019, going 3-0 with two wins coming by way of knockout. Most recently Rodriguez laced them up at Madison Square Garden on the undercard of the Commey-Lopez IBF World title fight, where he dominated an 8-round decision over Manuel Mendez (80-71 x2, 79-72).

Star Boxing CEO, JOE DEGUARDIA, who has developed Laureano into a local fan favorite stated: “Anthony is truly an exciting warrior with a relentless style.  He and his team have been seeking a big breakout fight and I am happy to give him this opportunity.  Whenever Anthony is in the ring, there is guaranteed action and, considering Julian is a hard-hitting top prospect, I expect a thriller when they clash on August 22.”

Joshua: Wilder Told The World That He Ducked and Dodged Me

Hearn Could See One of Two Fury-Joshua Fights Land Overseas