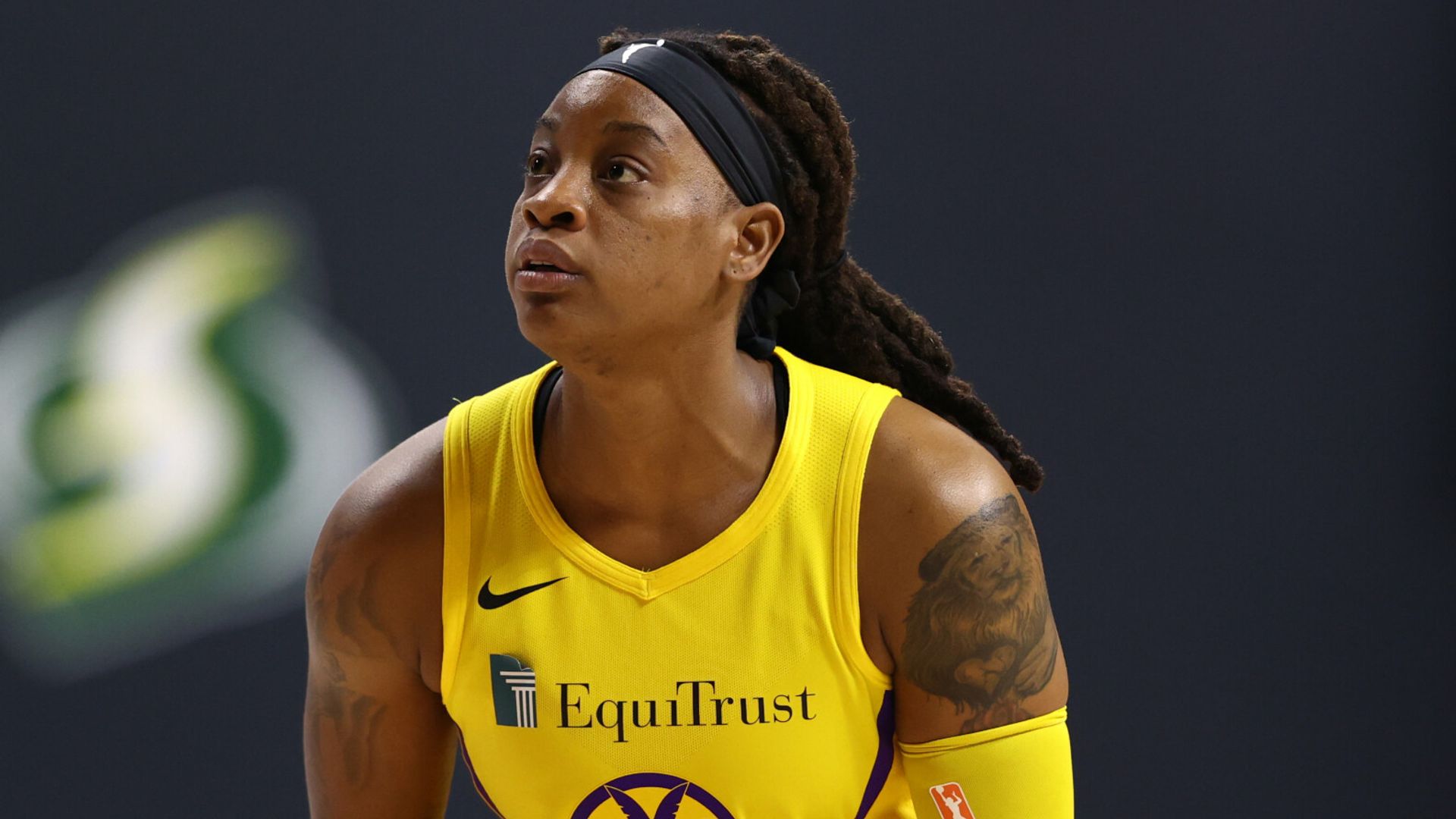 Riquna Williams hit seven three-pointers and finished with 21 points as the Los Angeles Sparks beat the Indiana Fever 90-76 on Saturday for their fourth consecutive win.

Riquna Williams hit seven three-pointers and finished with 21 points while Nneka Ogwumike scored 17 points on 8-of-9 shooting as the Los Angeles Sparks beat the Indiana Fever 90-76 on Saturday for their fourth consecutive win.

Rookie Te’a Cooper scored a season-high 14 points and Chelsea Gray added 13. Gray, Candace Parker, Sydney Wiese and Brittney Sykes each had five of the Sparks’ 25 assists on 33 made field goals. Los Angeles shot 54 per cent from the field and made 11-of-19 (58 per cent) from three-point range.

The Sparks scored the first seven points and never trailed. Williams hit five triples as Los Angeles (7-3) outscored the Fever 30-16 in the second quarter, including three during a 15-2 run that made it 50-27 with 1:51 left in the first half. Indiana trailed by double figures the rest of the way.

Kelsey Mitchell made a season-high seven three-pointers and led the Fever (4-6) with 25 points. Tiffany Mitchell added 18 points and eight rebounds.

Jackie Young had 16 points to lead five Las Vegas players scoring in double figures as the Aces beat the Washington Mystics 88-for their seventh consecutive win.

Dearica Hamby had 14 points and five assists, Sugar Rodgers and A’ja Wilson scored 12 points apiece, and Angel McCoughtry added 11 for the Aces (8-2). Rodgers shot 4-of-6 from three-point range, and Wilson had four steals.

The Mystics (3-7) went scoreless for nearly five minutes as Las Vegas used a 12-0 run to make it 20-10 late in the first quarter and take the lead for good. The Aces shot 53.8 per cent from the field and forced 18 Washington turnovers while committing just 10.

Washington has lost seven straight after winning three in a row to open the season.

Napheesa Collier had her second consecutive double-double and Crystal Dangerfield scored 22 points on 9-of-12 shooting to lead the Minnesota Lynx to a 94-64 rout of the New York Liberty.

Collier scored 26 points – one shy of her career-high set last year as a rookie – and grabbed 13 rebounds. The No 6 pick in the 2019 WNBA Draft added five assists, two steals and two blocks.

The Lynx (7-3) used a 24-6 run over the final six minutes of the second quarter and the opening minutes of the third to take a 53-33 lead when Collier capped the spurt with 7:31 to go. Dangerfield scored seven points and Collier six during that stretch.

Jazmine Jones led the Liberty (1-9) with 13 points. New York, who have lost four in a row, shot 30 per cent from the field and scored a season-low 64 points.

Dangerfield, a second-round pick in April’s draft and Collier’s former team-mate at Connecticut, has scored in double figures in each of the last seven games. The 5ft 5in guard is averaging 13.6 points per game on 47.1 per cent shooting.