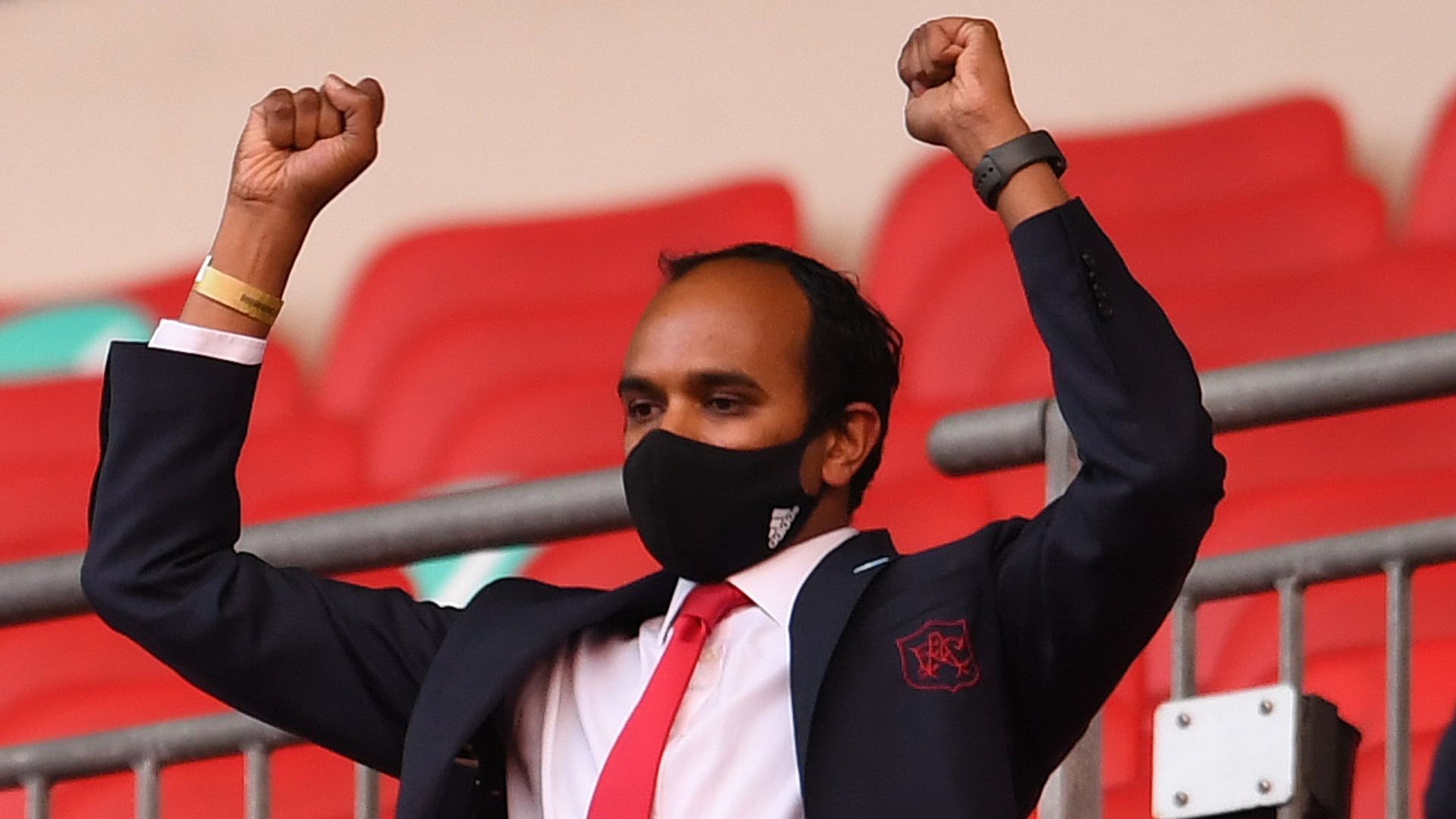 Arsenal managing director Vinai Venkatesham has revealed his desire for the club to be competing to win the Premier League and Champions League and admitted he is “impatient” to get them back where they belong.

Raul Sanllehi left his role as head of football on Saturday in a move which will see manager Mikel Arteta and technical director Edu lead the Gunners’ transfer strategy.

Sanllehi was thanked by Venkatesham for his service to the Gunners, who he joined from Barcelona in 2017.

His departure is understood to be part of the club wanting to streamline their off-field structure, and Arteta and Edu have already clinched Arsenal’s first signing of the summer in the shape of Willian on a free from Chelsea.

“We have, in Edu and Mikel, two individuals who are responsible for our technical plan,” Venkatesham said.

“Of course, [that is] overseen by me and the board, but those two are the experts and they have a very, very clear plan about how they want to rebalance our squad in the short term, in the medium term and in the long term. We’re starting to work on that immediately in this transfer window.”

Arsenal finished eighth last season, 10 points off the top four, but ended the campaign with victory over Chelsea in the FA Cup Final to qualify for the Europa League.

It represented the first trophy of Arteta’s managerial career, after he replaced the sacked Unai Emery in December.

“We started last season full of expectations, we looked forward and we looked upwards and unfortunately it’s not worked out in the way that we wanted it to,” Venkatesham said.

“But despite all of the challenges this season has thrown at us, our squad and our players and our football staff kept fighting and they kept fighting all the way to the end.

“We saw on August 1 at Wembley, us winning our 14th – a record 14th – FA Cup, which was a sign of progress. I think we can look forward with some real optimism.

“I think, in Mikel Arteta, we have an absolutely fantastic, dynamic head coach. He forms a formidable team with Edu Gaspar.

“And if we look at our academy, I think we’re in really, really strong hands with Per Mertesacker and we have some of the most exciting young talent in the league.”