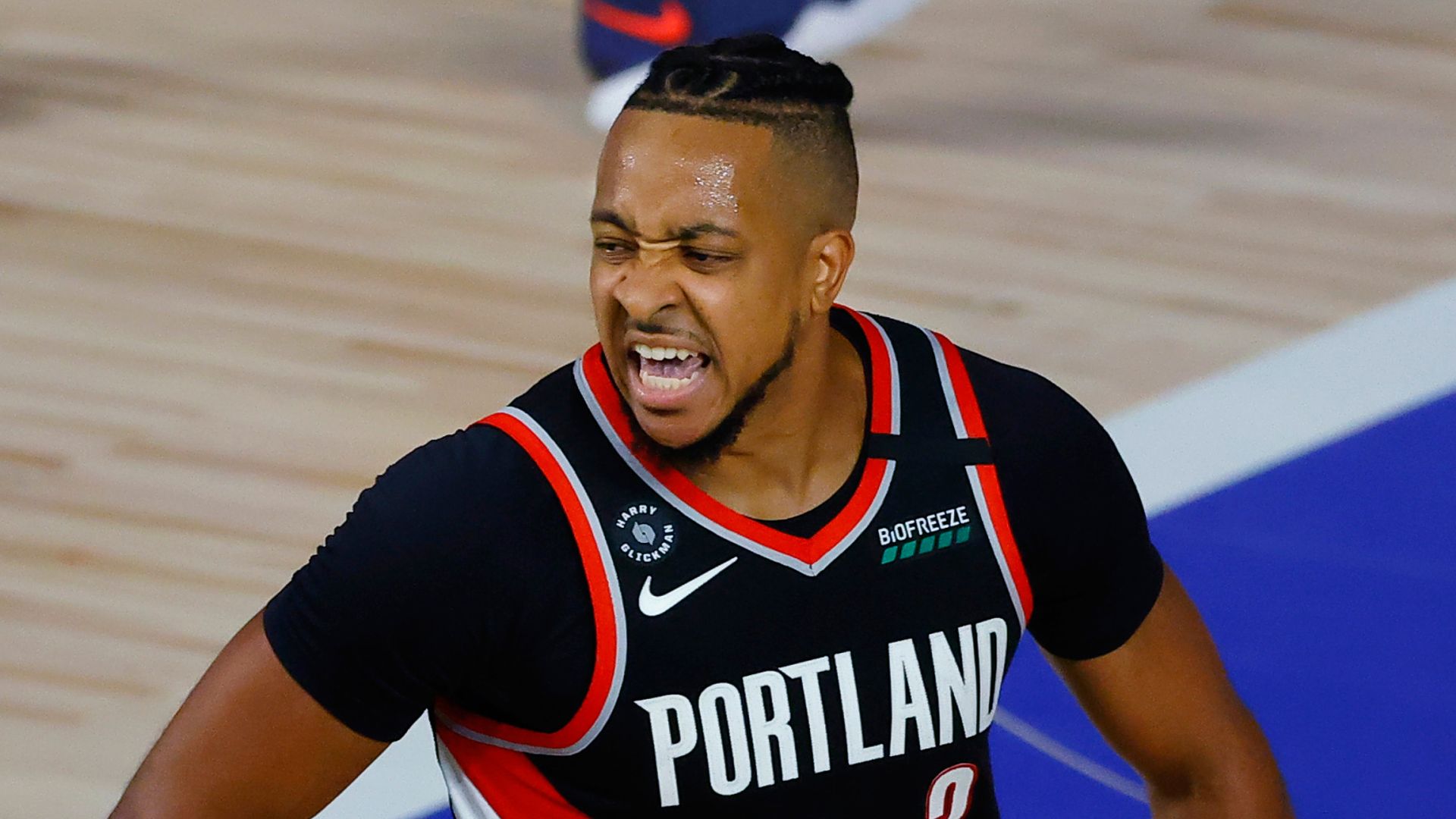 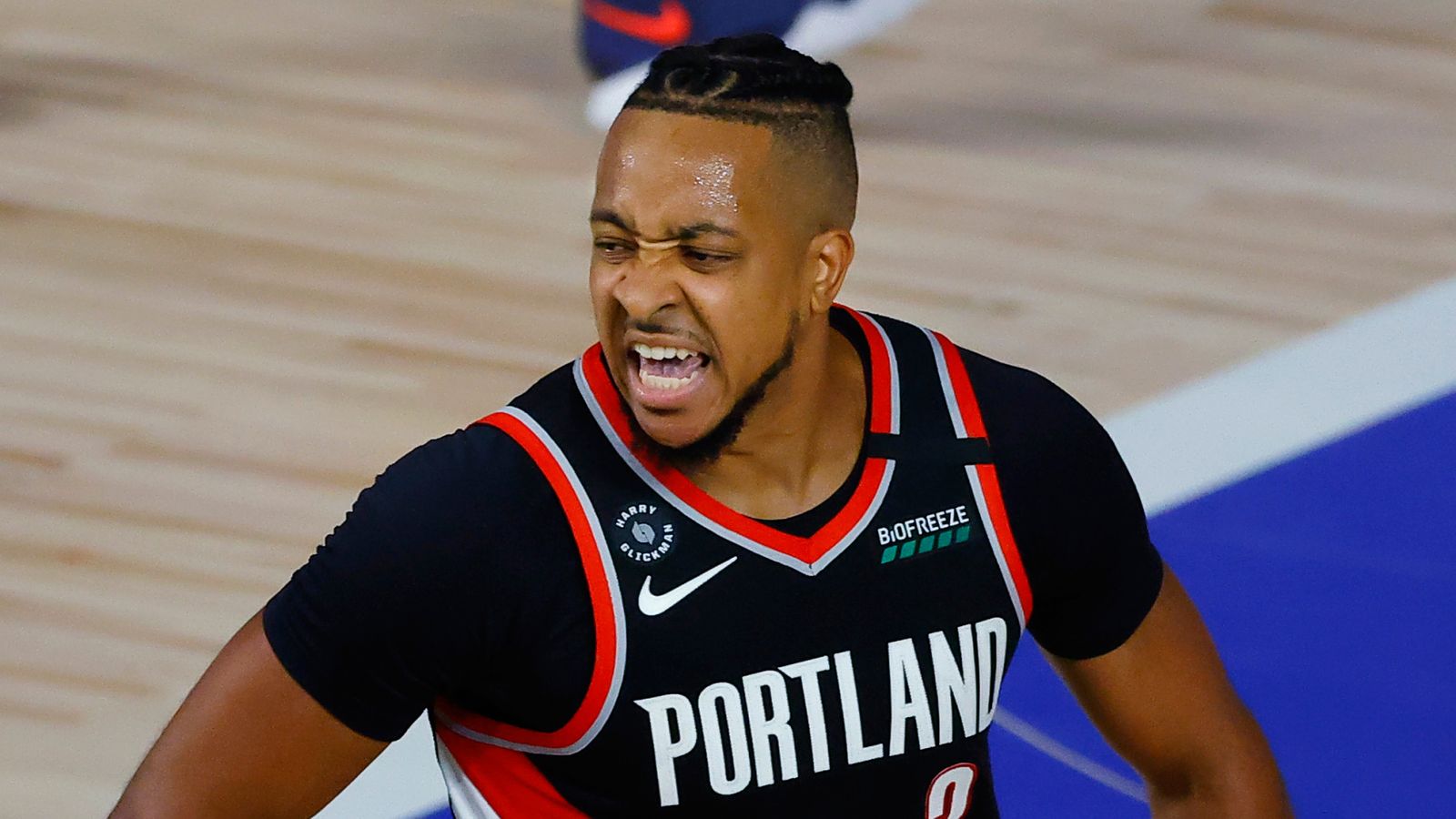 CJ McCollum led a fourth-quarter rally to propel the Portland Trail Blazers to a 126-122 victory over the Memphis Grizzlies in the Western Conference Play-In.

They needed all that just to get into the playoffs.

Damian Lillard scored 31 points, McCollum finished with 29 in the fourth quarter and the Blazers clinched the NBA’s final playoff spot by beating the Memphis Grizzlies 126-122 on Saturday. Jusuf Nurkic had 22 points and 21 rebounds for Portland, who got 21 points from Carmelo Anthony.

Portland’s reward? A first-round playoff match-up with the No 1 seeded Los Angeles Lakers.

Ja Morant scored 35 for Memphis, and was supported by a 22-point, 16-rebound day from Jonas Valanciunas and 20 points apiece from Dillon Brooks and Brandon Clarke.

It was the start, and the end, of the Western Conference Play-In series, a wrinkle the NBA added to the restarted season because the coronavirus pandemic meant no team would play their allotted 82 games. Portland finished eighth in the West, Memphis were ninth, and the Grizzlies needed to sweep a two-game match-up to advance.

They had a chance, up eight in the final quarter, before Portland did what Portland does in the bubble – find a way at the end. The Blazers’ last four wins have come by a combined 11 points.

Nurkic, playing with a heavy heart because of his grandmother’s death, grabbed an offensive rebound and wound up converting a three-point play with 2:39 left to put Portland on top for good.

McCollum connected on a three-pointer and another long jumper late, both times guarded by Morant, to ensure Portland kept the lead, and Anthony’s triple with 20.2 seconds left was the last big shot the Blazers needed.

Nurkic revealed on Instagram about 90 minutes before the game that his grandmother, back in his native Bosnia, had died. His post did not disclose the cause of death, but Nurkic said last month she had tested positive for coronavirus and briefly slipped into a coma in recent days.

“People don’t understand how serious this is,” Nurkic said at the time, referring to the virus.

Nurkic had one foul in the game’s first 39 minutes. He then committed three in a span of 19 seconds between the 8:50 and 8:31 mark of the final quarter, two of them offensive fouls, the second of those costing Portland a timeout and its challenge, which was unsuccessful.

That’s when Memphis got on their best roll, but the Grizzlies could not finish it off.

Memphis led 94-89 going into the fourth quarter, the last three points in that five-point margin coming on a brilliant recovery by Morant.

The soon-to-be Rookie of the Year attacked the rim, his drive thwarted by the outstretched arms of Blazers’ seven-footer Hassan Whiteside. Morant, undeterred, simply ran down the loose ball and tapped it out to the right corner where Clarke connected on a three-pointer.

The Trail Blazers advance to play the Lakers in a best-of-seven-game first round series. Game 1 takes place in the early hours of Wednesday morning (2am).