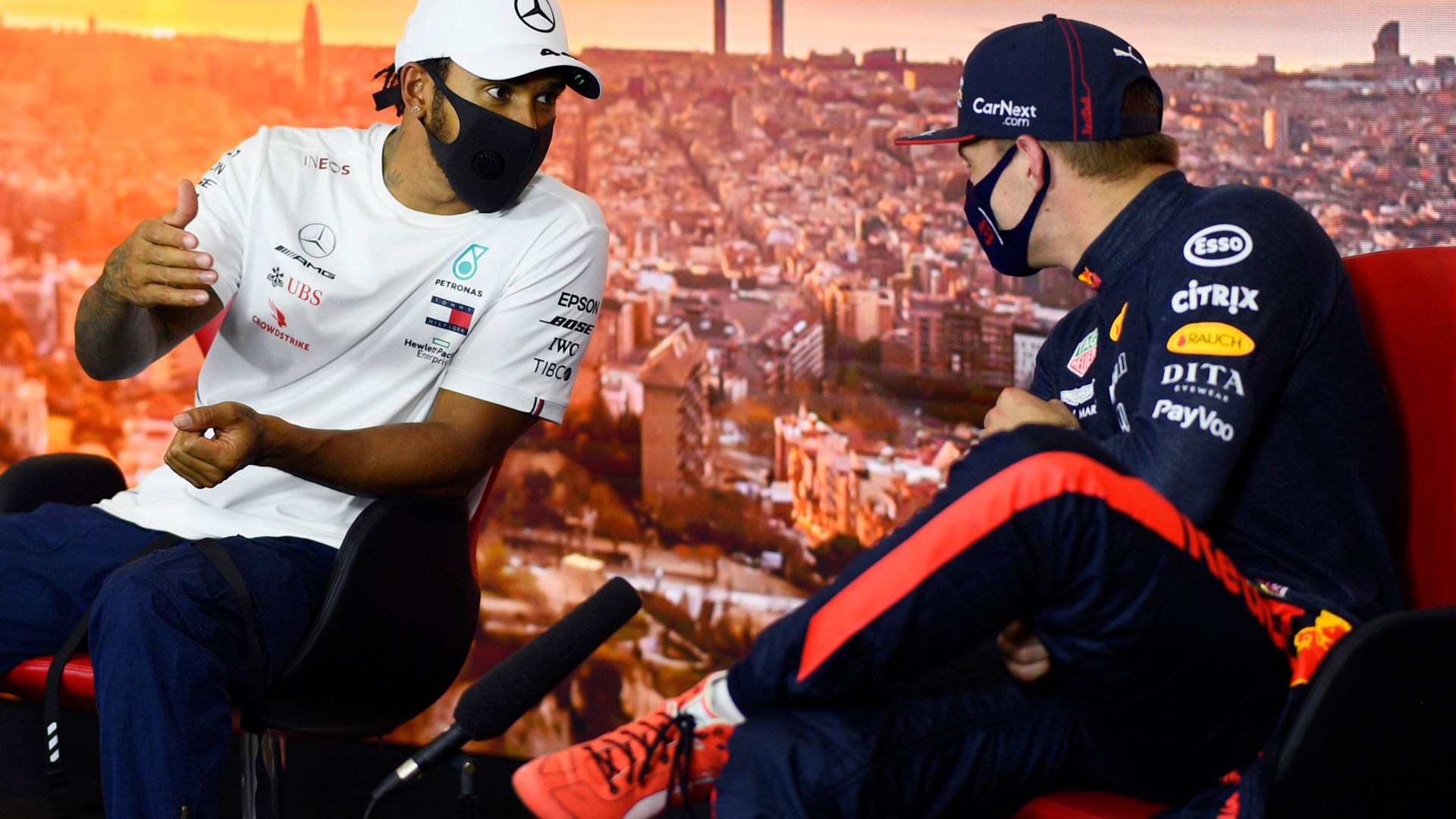 “It’s strange how we’re quick in qualifying but then in the race they close the gap massively and the tables turn a little bit.”

Lewis Hamilton fears Red Bull could once again spoil Mercedes’ Sunday at the Spanish GP, claiming they will be the quickest team in the race.

Mercedes, as has been the case all season, streaked away from Red Bull in qualifying, with pole-sitter Hamilton 0.7seconds faster than Max Verstappen in third – but the world champions only need to look to last weekend to know that doesn’t mean much come race day.

Verstappen shocked a Mercedes team who were struggling with their tyres in the searing heat to dominate the 70th Anniersary GP, and Sunday conditions in Barcelona are expected to be similar to Silverstone.

Verstappen, who is starting third and a place higher up than last weekend, also appeared to have Mercedes-challenging pace with his Friday long runs.

“It’s going to be really hard tomorrow,” Hamilton told Sky F1. “The Red Bulls I think are a little bit quicker than us in race trim.

“It’s strange how we’re quick in qualifying but then in the race they close the gap massively and the tables turn a little bit.

“But we’re ahead of them [on the grid], so hopefully we can still apply the pressure a little bit and hold position.”

Mercedes have struggled with tyre blisters – and even punctures – in recent races and Hamilton admitted that was also a big concern.

“I don’t know what’s going to happen on these tyres in the long run, whether blistering will happen this weekend or not,” he added. “It’s going to be physically massively demanding tomorrow – it’s so hot. But I’ll be ready.”

Hamilton: Why Spain qualifying was ‘so hard’

Hamilton took pole on Saturday despite what he called a “really poor” final lap in qualifying, which was four-tenths slower than the lap that sealed top spot.

He said tyre management was more difficult than ever during a baking-hot Barcelona weekend, which usually takes place in May rather than August.

“It’s been so hard today, and this weekend because of the temperatures here,” he said. “It’s been such a challenge.

“There’s a very, very narrow window where the tyres are in the sweet spot, that’s why you’re going so slow on the out-lap trying to keep the tyres cool.

“It’s like going from a super-slow walk to sprinting all of a sudden and it’s very, very hard not to make mistakes in that small window that you have.

“Also the wind picks up in the afternoon so it gets a bit trickier, and Valtteri’s been so rapid all year so it’s not been easy to keep him behind.

“It felt really good from the first lap in qualifying – I think my real qualifying lap was Q1. It’s not easy to always improve, but as long as you don’t go backwards that’s the most important thing.”