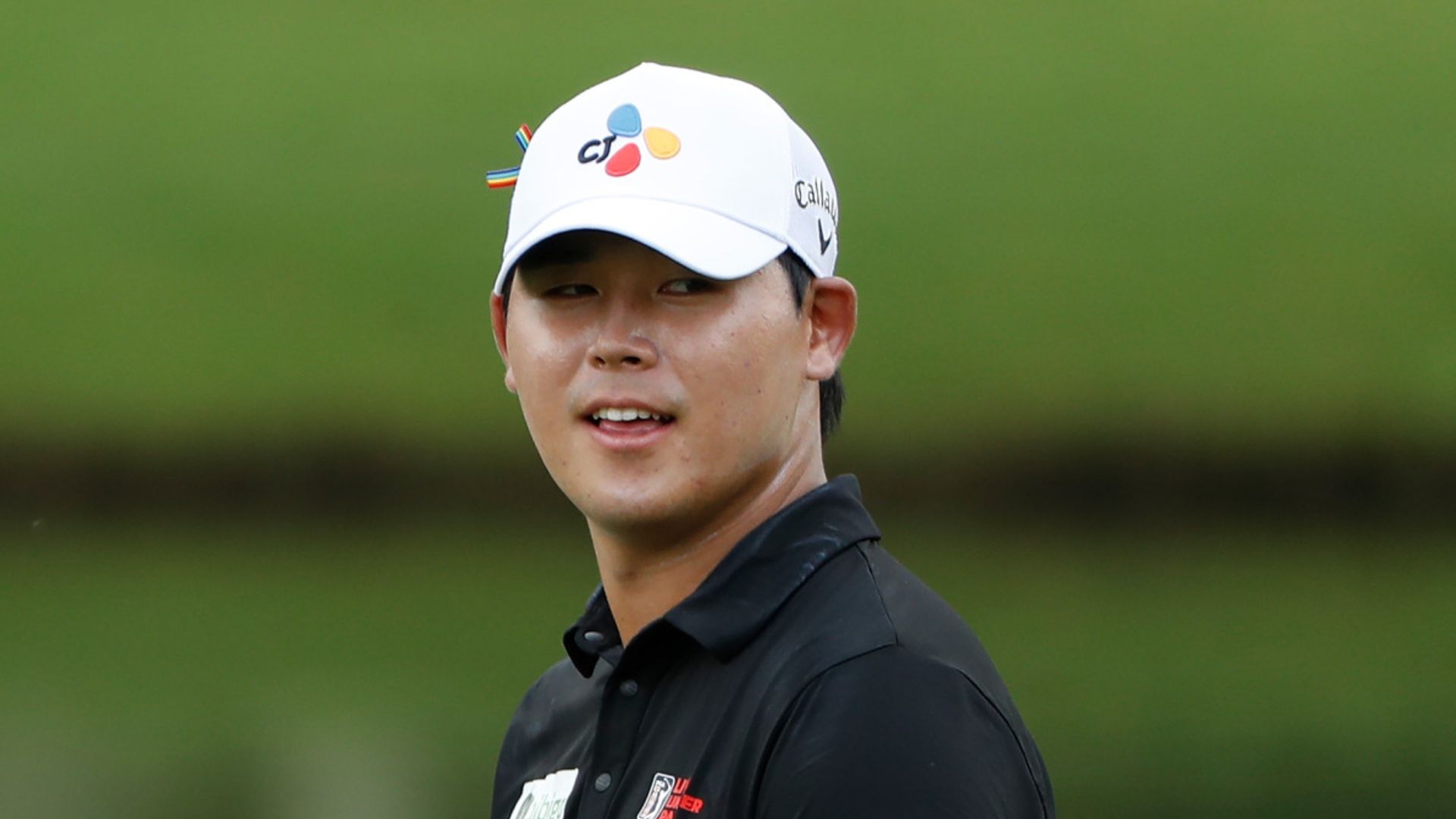 Si Woo Kim made a hole-in-one and lipped out for another as he powered into the outright lead after an entertaining third round of the Wyndham Championship.

Kim’s superb eight-under 62 featured an early ace at the third, and he was robbed of another at the 12th when his ball caught plenty of lip and flagstick but refused to drop, although he wasted little time in getting over the disappointment as he reeled off three straight birdies to race to 18 under par.

The South Korean, who needed a big week to qualify for the FedExCup Play-Offs starting next week, leads by two from Ron Oppenheim, who also fired a 62, while Doc Redman shares second place after a 63.

But the third round headlines belonged to Kim after he enjoyed an ideal confidence booster at the 161-yard third, where his perfect eight-iron landed next to the hole and toppled in for an ace which was confirmed by the applause from the officials around the green, although Kim himself wasn’t certain for a few moments.

Kim did not let up after that as he threatened the pin against at the next and tapped in for birdie, which he followed with a good up-and-down from the greenside bunker at the next for another gain, although he came up short and right with his tee shot to the short seventh and was unable to save par from four feet.

However, that proved only a minor blemish as Kim got the shot back at the next, and after his close call for another ace with his 197-yard five-iron at the 12th, he tapped in for birdie and picked up three more at 15, 16 and 17, where he came within inches of holing his wedge approach.

Kim, whose win at Sedgefield Country Club four years ago was his first PGA Tour title, shaved the hole from 10 feet at the last and settled for par and a 62, ensuring he would end the day with a two-shot lead over Oppenheim.

The lowly-ranked American started the week ranked 145th in the FedExCup standings, but he is now projected to earn a place in the field at The Northern Trust this week after a 62 which included five birdies in six holes on the back nine, although a poor approach to the last cost him his only bogey of the round.

Redman opened his round with a bogey but carded eight birdies in his 63 which lifted him to 16 under, with former FedExCup champion Billy Horschel again coming good at the latter end of the season as a 65 kept him within three shots of Kim.

Tommy Fleetwood lost ground on the leader after a 68 featuring six birdies but also three mistakes, including a double-bogey at the 14th, while Shane Lowry’s hopes of extending his PGA Tour season took a hit as he stumbled to a disappointing 70 to stay at nine under.

The Open champion is currently projected to move to 126th in the FedExCup standings, one place too low to feature in the Play-Offs.

Have Hakimi & Inter Milan turned the corner in time for Real Madrid?

ISL 2020-21: SC East Bengal’s lightweight attack can be a headache for Robbie Fowler