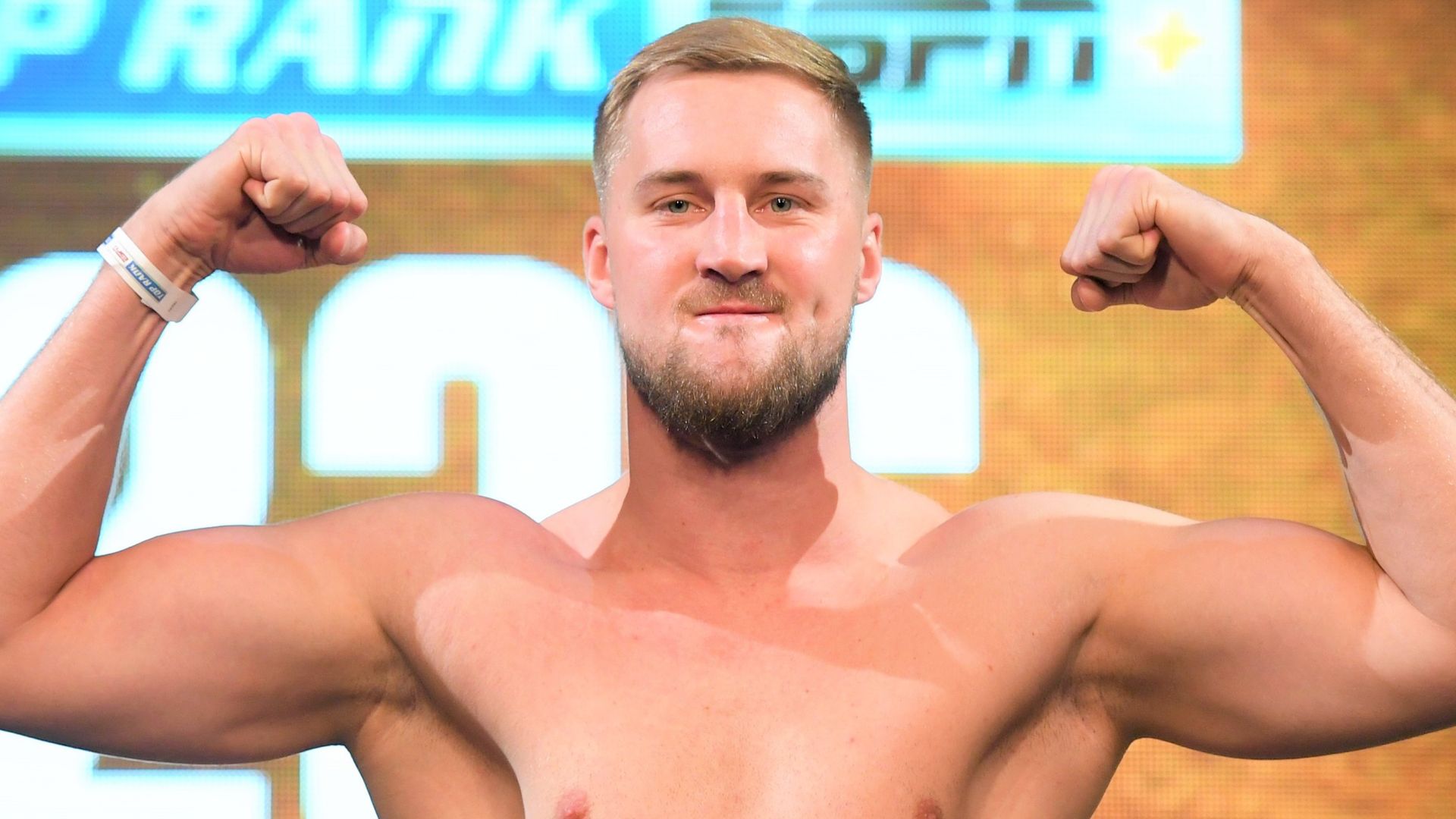 Otto Wallin has an extra incentive to watch Dillian Whyte’s fight with Alexander Povetkin as he would welcome a future battle with the British contender.

The Swedish heavyweight will be keeping a close eye on Whyte when he battles Povetkin for the WBC ‘interim’ and WBC ‘Diamond’ titles on August 22, live on Sky Sports Box Office.

Wallin returns against Travis Kauffman on Saturday, his first fight since a battling points loss to Tyson Fury, and the Swede believes a showdown with Whyte could pave the way for a world title fight.

“I usually watch all big heavyweight fights and it’s not gonna be any different with that [Whyte-Povetkin] fight,” Wallin told Sky Sports.

“I think it’s a good fight. Povetkin has a good background but he’s not getting any younger, so I believe Whyte beats him.”

Asked about a possible Whyte fight, the 29-year-old said: “Yes, I’m interested in any fight that can lead me to a title shot.”

Wallin had racked up 20 victories ahead of the Fury fight last September and hopes to further enhance his reputation with an emphatic win over Kauffman.

“The most important thing is to get the win but I feel like I’ve got good momentum from the Fury fight so I’d like to capitalise on that and put on a good display,” said Wallin.

“I’m in great shape and I’m ready to go in there and put it on him.

“I think I deserve a shot considering my performance against Fury but I’ll have to keep proving myself to make sure I position myself in line for a shot.

“Doesn’t matter if it’s [Anthony] Joshua or Fury. I’m dreaming of a world championship fight so anybody that’s champion at that time.”