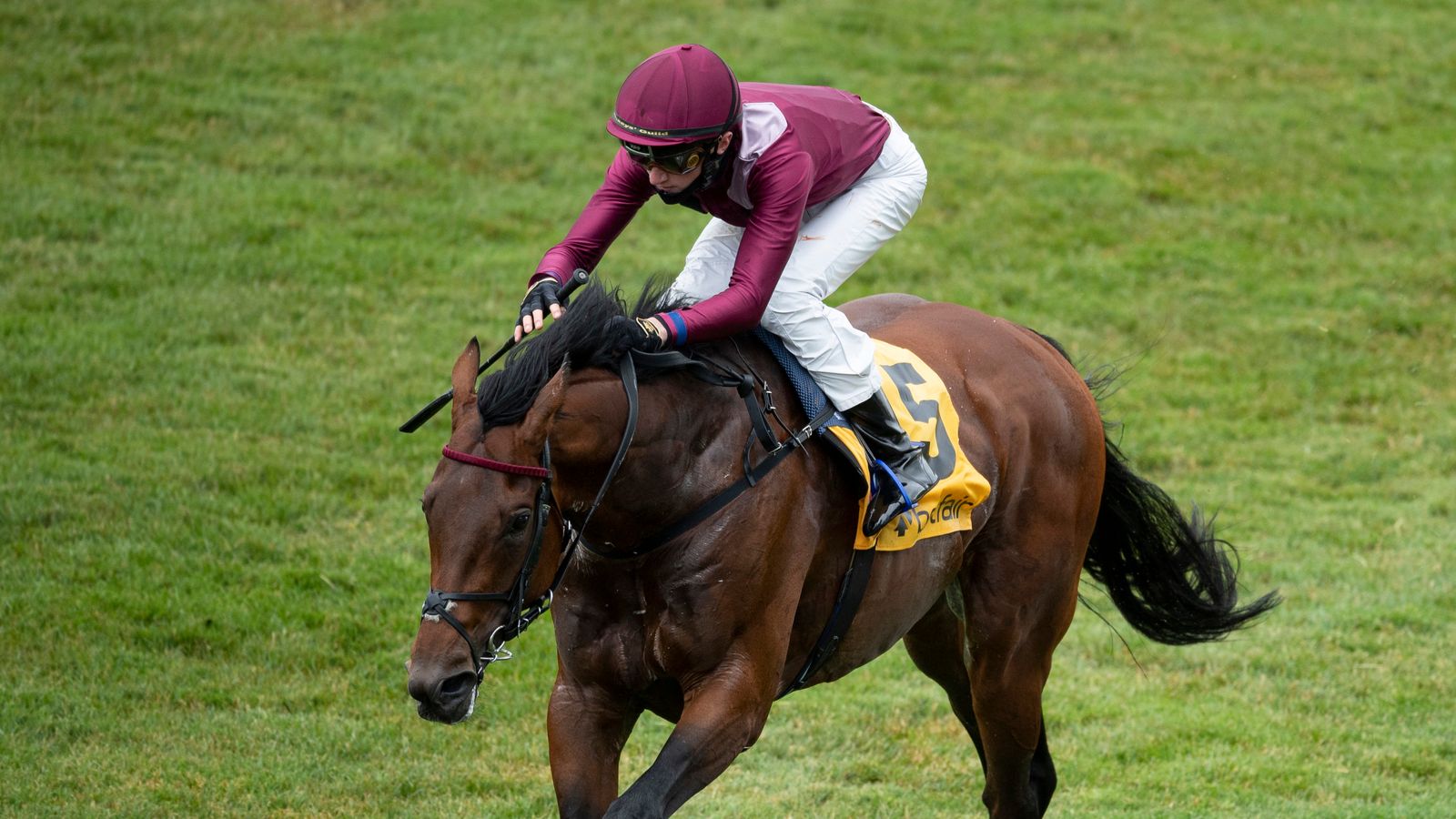 Mishriff bids for another major success in France this summer – with Frankie Dettori for assistance, in regular partner David Egan’s absence on a second successive occasion.

Egan, first jockey to owner Prince Faisal, missed out on Mishriff’s Prix du Jockey Club (French Derby) victory because of quarantine regulations and is ruled out again on Saturday, this time because he is serving a five-day suspension picked up at Goodwood.

Ioritz Mendizabal deputised at Chantilly – but Dettori will ride the John Gosden-trained colt in the Prix Guillaume D’Ornano, having decided to ride at Deauville despite having to quarantine on his return to the UK.

“One was down to the Government, because he was not able to travel, and this time it was a ban from Goodwood. He couldn’t get out of it.

“John just felt he wanted to have his own man on him, and that’s what we’ve done.

“There is no better tactician in Europe for sure, possibly the world. Frankie rides a lot of small fields and he’s got it worked out in his head, or he’s quick to work it out along the way.

“The only drawback is I can’t go and John can’t go, but the horse went on Thursday night.

“I rang Peter Shoemark at John’s when the news (change in quarantine rules) came through, and he said the horse was just about to get on the train so we carried on.

“Then Frankie talked to John, and he decided to go. He was probably tempted by the potential income if it all works out, with the prize money reduced over here.

“I had to watch the French Derby from my couch, so I’ll have to do the same thing again. It might be lucky.”

Mishriff faces just four rivals – including The Summit and Victor Ludorum, who filled the places behind him in the French Derby.

“He’s up against some of the same suspects,” said Voute.

“It’s a small field, and they’ve had plenty of rain. I think it might be soft by the time we get to race day.

“It was bottomless at Nottingham when he won by 10 lengths, and the Riyadh track (where he was second on the Saudi Derby) rides soft, so we know he handles it.

“It’s a Group Two, and the prize money is almost the same as the Juddmonte International a few days later, so it’s fingers crossed.”

Voute reports Mishriff, a son of Make Believe, to be in fine shape for the Group Two test.

“Everything seems good,” he added.

“He’s had a little bit longer, because he had the travel and was in a Group One Classic, and this was the logical next step.

“It’s a race a lot of the French Derby winners have gone for over the last few years.”

Andre Fabre bemoaned a bad draw for Victor Ludorum in the French Derby, in which he moved up menacingly only to fade in the last 100 yards. He had earlier won the French 2000 Guineas.

“It didn’t go to plan in the Jockey Club, but it’s a smaller field this time, so it should be easier to ride,” said Fabre.

“A small field – there should be no excuses, and hopefully he deserves to win.

“I don’t know if he’s still improving. He just needs to confirm his best form, he probably doesn’t need to improve.

The colt, trained by Jean-Claude Rouget, lifted the Prix Ganay at Chantilly in June and is one of seven horses declared for the Group Three over a mile and a quarter.

His rivals include Motamarris, owned by Sheikh Hamdan Al Maktoum. The four-year-old, trained by Freddy Head, was fourth to Persian King in the Prix d’Ispahan on his latest start.

There are four British-based challengers in a 12-runner field for the Prix de Lieurey.

Richard Hannon is looking forward to saddling Cloak Of Spirits, who was last seen finishing second in the Princess Elizabeth Stakes at Epsom on Derby day, having previously been runner-up in the 1000 Guineas and fifth in the Coronation Stakes.

Hannon said: “I was very pleased with her Guineas run. I think she ran OK in the Coronation, but we may have set it up for them.

“She had a break from there and ran very well in the Group Three at Epsom. She has had a nice break since then, and this is more or less the last three-year-old Group Three over a mile for fillies.

“She should have an excellent chance. She is not drawn very well (stall 12), but we’ve employed Olivier Peslier, who should know his way around Deauville.

The Roger Varian-trained Fooraat, Charlie Appleby’s Althiqa and Onassis from Charlie Fellowes’ stable are also in the field.

Have Hakimi & Inter Milan turned the corner in time for Real Madrid?

ISL 2020-21: SC East Bengal’s lightweight attack can be a headache for Robbie Fowler