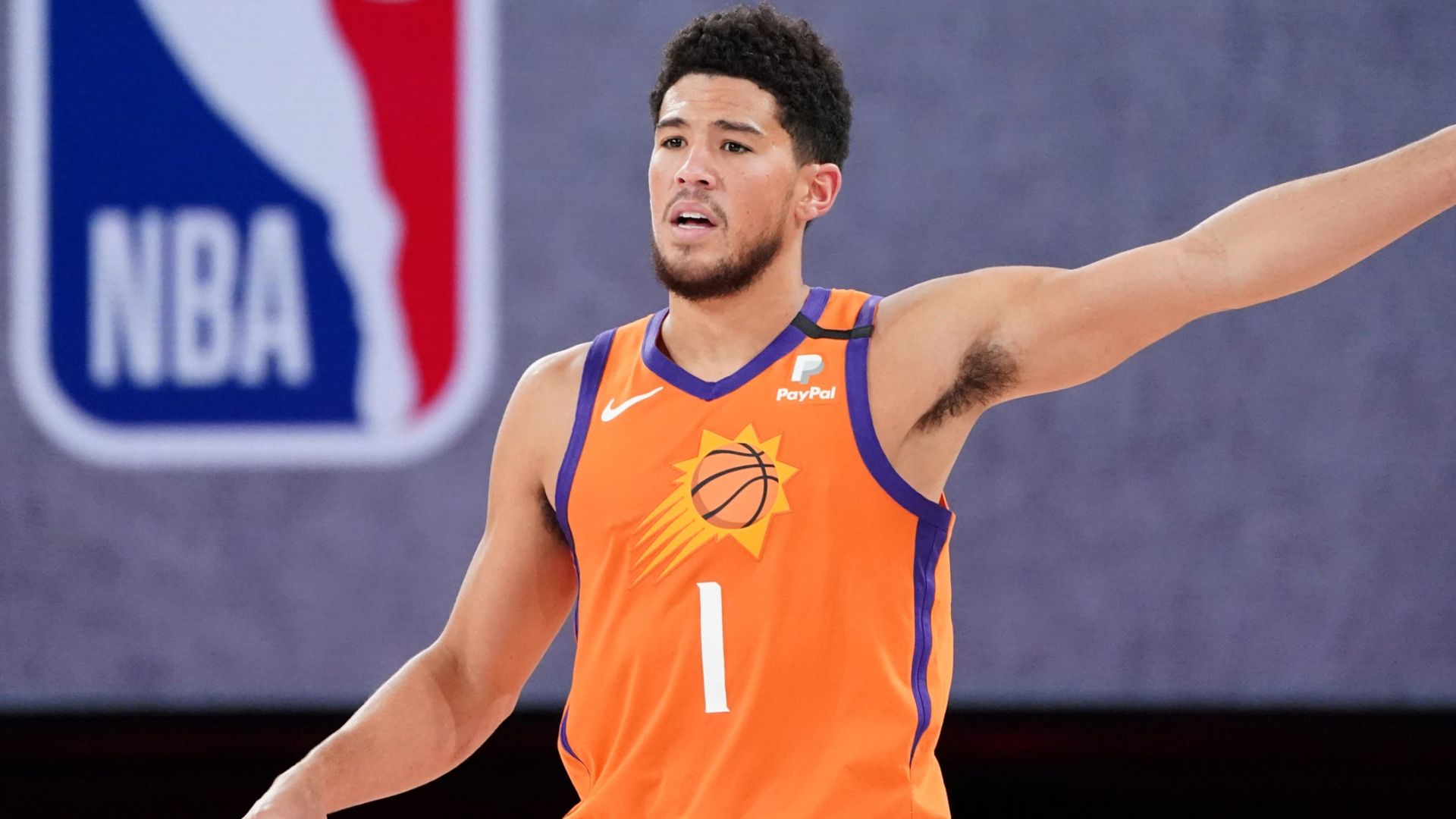 Booker has been a true leader for the only unbeaten team in the bubble. He has averaged 30.5 points per game, has a 50.3 field goal percentage, made 94.0 per cent of his free throws and has shot six three-pointers a game in the Suns’ perfect 8-0 run. Booker has just been so solid, probably the most solid player on show in the bubble.

Has the support Booker has had from team-mates like Deandre Ayton and Ricky Rubio made it easier for him to accept that leadership role? 100 per cent.

The first couple of wins really gave the team confidence. No one expected much from Phoenix and there was no real pressure on them initially. It is so much easier to step up in that situation. Ayton, Rubio and Dario Saric all stepped up a little bit. Once the Suns built momentum, no one could slow them down.

Booker put Phoenix on his shoulders and he showed it was his time. He is a proven guy now. Opponents have to respect him.

Although the Suns ultimately missed out on the Western Conference Play-In, their run in the bubble is a massive positive for them and a huge step in the right direction after several years of roadblock after roadblock. Can they take this form back to Phoenix for next season? That’s a different question.

Paul George and Patrick Beverley ‘poked the bear’, mocking Lillard after he missed two clutch free throws in the Blazers’ loss to the Clippers. That, and the ensuing social media beef, definitely charged ‘Dame’ up.

We knew those two missed free throws were not the real ‘Dame Time’ and he immediately bounced back with 51 points against the Sixers, 61 against the Mavericks and 42 against Brooklyn as he willed Portland into the Play-In.

But it isn’t just his scoring. He is averaging 9.6 assists per game, including 16 in Portland’s loss to Boston. And he made that critical steal in crunch time in the win against the Nets.

Over the last week, Lillard has given us a taste of what ‘Playoff Dame’ looks like. He is not only just putting up big points. He is feeding his team-mates and giving effort on defense. Against the Rockets, he guarded James Harden on 20 possession and limited him to just five points on six shots.

How much has Lillard benefitted from the return from long-term injury of Jusuf Nurkic? The one thing Lillard was missing was that chemistry with a ‘big’ who will work hard to get him open and that he can trust on the roll or the pop to make a good decision if he does throw him the ball. Dame has the ball in his hands a lot and he needs a big agile enough to set those screens to get him open. He now has that with Nurkic, who is one of the best screeners in the league.

MJ Warren, the Bubble Jordan! In his six restart games, Warren launched seven three-pointers a game and made 52.4 per cent of them. In February and March that figure was 35 per cent.

His shooting confidence has soared – that’s the biggest thing for me. I think his outside shooting has been his Kryptonite throughout his career but he has really stepped up in the bubble. It must be down to that atmosphere in the bubble, that environment where you feel like you are playing in a pick-up or summer league game and the court feels smaller and it is easier to shoot.

Guys like Warren are in the NBA for a reason. A lot of it is about opportunity. When you get those minutes, are you going to take full advantage? He has shown he can be mega-effective.

There are so many positive storylines to take from what we have seen in the bubble. Booker and Warren top my list.

The Bucks certainly haven’t looked perfect in the bubble but Giannis’ numbers speak for themselves. Every Bucks game I have watched in the restart, he has looked like the most dominant player on the floor. Giannis is just unstoppable, averaging 27.8 points (with a 62.6 field goal percentage) and 12.2 rebounds across six seeding games. He is en route to another MVP.

The incident in the Bucks-Wizards game in which Antetokounmpo was ejected for headbutting Moe Wagner served as a warning that he needs to always be mature out there on the court. Especially given he is the Bucks’ leader.

It’s good to be fired up and have emotion but it’s not good to be emotional. He can’t let his emotions get the best of him, especially at this time heading into the playoffs.

The real work is about to start. The Bucks are the No 1 seeds and have a big target on their back. After two years of underperforming in the playoffs, this is the year everyone is looking at them and asking, ‘are you guys going to go all the way?’

Giannis has done a great job of carrying them this far but he cannot afford cock-ups like head-butting someone in the middle of a game! And it happened right in front of Bucks coach Mike Budenholzer. Did you see the look on his face? It was like, ‘what the hell are you doing?’

Picking the bigs for this team was tough. I thought about Joel Embiid who is putting up ‘Shaq’ numbers but the Sixers have been doing atrociously.

Porzingis has been a top 10 scorer in the bubble, averaging 30.5 points and 9.5 rebounds per game. He has shot 47.6 per cent from the field and 38.1 per cent from three. He has put up solid numbers and I think it is because he is more healthy. He is slowly getting back to the guy we saw when he was with the New York Knicks.

The season hiatus gave him time to prepare for the bubble. He looks much more confident and I like the energy he has played with.

Porzingis and Luka Doncic look like they are on the same page and I’ll go as far as saying they are the best scoring duo we have seen in the bubble. Their chemistry has been shown. We’ve seen highlights of Porzingis throwing down lobs from Luka. They are the best combined scoring duo since the restart (60.5 points per game), just ahead of James Harden and Russell Westbrook (59.7 points per page).

It was such a tough choice leaving Doncic out of my starting five – he has just been so dominant. It’s not just points for him, he is an all-around guy with his assists, his rebounds and the way he controls the tempo of a game.

Doncic is so much mature than his age with his timing, his understanding of the flow of the game, his ability to create his own shot and get to his spots on the floor. He is so good at creating his own shot it feels like every shot he takes is wide open. If it wasn’t for Dame, Luka would have been in my starting five.

We were waiting for this kid to announce himself and he has done so in the bubble. He has all the tools to be a star player.

With one or two more years of development, Porter Jr can become a ‘brand name’ in the NBA.

Like TJ Warren, Trent Jr has been a surprise package. Another example of how the bubble can create the conditions for a previously unheralded guy to step up.

It has been great to see Nurkic back on the floor and he looks like he hasn’t missed a beat. He has been super-productive and played a huge part in Portland now looking like favourites to take that last playoff spot in the West.

If the Blazers do get in, Nurkic could create a lots of mis-matches and defensive problems against the Lakers. To me, a Blazers-Lakers series is the most exciting first-round match-up.