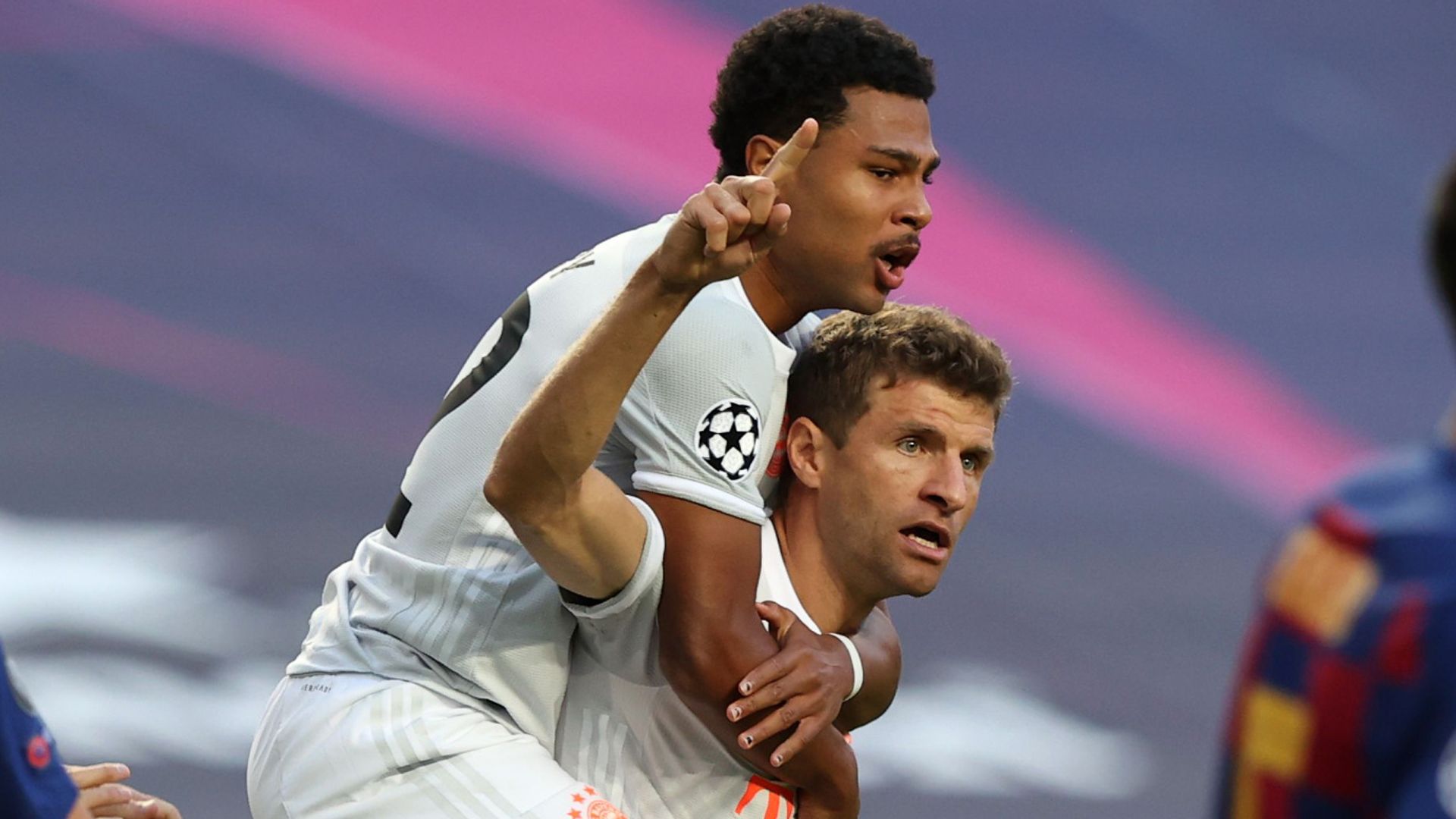 In an incredible Champions League encounter, Bayern Munich decimated an insipid Barcelona to reach the semi-finals, winning 8-2 in Lisbon.

The tone was set early on as Thomas Muller – making his 113th Champions League appearance – scored inside four minutes, but it was soon cancelled out by a freak own goal from David Alaba (7). The first-half floodgates then opened as Ivan Perisic (22), Serge Gnabry (28) and Muller (31) netted in quick succession.

Quique Setien bought on Antoine Griezmann at the break and there was a glimmer of hope for Barcelona when Luis Suarez made in 4-2 in the 57th minute, but it was short lived with half of Bayern’s goals still to come.

After a sensational solo run from Alphonso Davies, Joshua Kimmich (63) slotted home the fifth before a late glut of goals embarrassed an abysmal Barcelona even further. Not to be left out, Robert Lewandowski (82) saw his goal given after a tight VAR review.

Barcelona loanee Philippe Coutinho then netted a late double (85, 89), with the eighth and final goal drawing an angry reaction from a number of the Barcelona substitutes, who displayed more passion than any of their team-mates on the field over the 90 minutes.

The pressure on manager Setien has now grown exponentially after one of the heaviest defeats in Barcelona’s history while Bayern Munich look to be the team to beat in the Champions League.

Bayern will face either Manchester City or Lyon in the Champions League semi-finals on Wednesday 19 August. The two teams meet in their quarter-final on Saturday evening, which you can follow across Sky Sports’ digital platforms.

Griezmann: I won’t cut my hair even if Barcelona tell me to