Unified lightweight champion Katie Taylor does not believe Amanda Serrano was serious about their showdown, which fell apart after months of back and forth talks.

Taylor and Serrano were scheduled to fight on several dates, and the bout was postponed twice due to the coronavirus pandemic.

A concrete date was finally scheduled for August 22, at Matchroom’s Fight Camp in Brentwood. 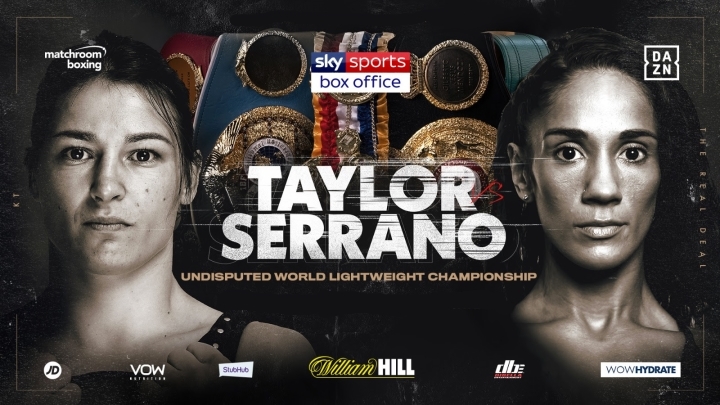 But Taylor and Serrano were unable to reach an agreement on the terms, leading to their bout falling apart.

A deal was quickly made for Taylor to face Delfine Persoon in a rematch. Taylor won a razor close decision over Persoon in June of 2019 – and some felt the decision should have gone the other way.

However, Taylor has doubts that Serrano was legitimately interested in having the fight happen.

“My opinion is that Serrano didn’t want the fight,” Taylor said to Sky Sports.

“This isn’t me bashing Serrano, she is a great fighter, but I don’t think she wants the big fights. Looking at her career, she has picked and chosen all of her opponents. She’s a seven-weight world champion but six of those were for vacant titles where she has picked her opponent.

“She doesn’t want the big fights. She’s a great fighter but we won’t know how great because she isn’t willing to step in the ring with someone who will challenge her.”