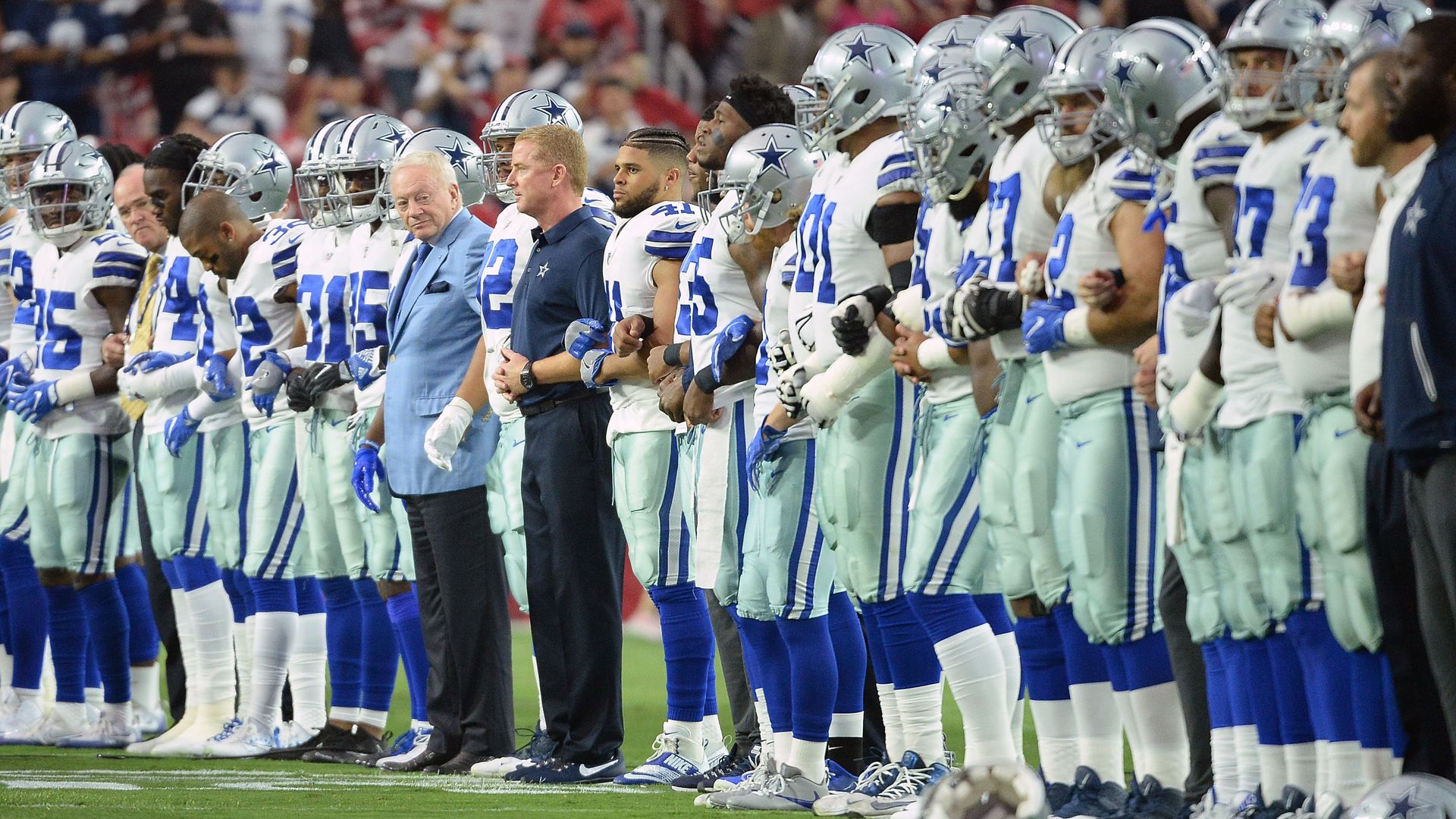 Sky and the NFL have agreed a new five-year partnership to broadcast the NFL, the first time the league has joined with an international broadcaster to launch a channel dedicated to the sport

Dallas Cowboys owner Jerry Jones vowed he and his team would show “grace” as he promised an open dialogue with his players about kneeling during the national anthem.

Jones has long insisted on his players standing for the anthem – “toes on the line,” as he previously put it – while the 77-year-old had threatened to bench any players who did not stand.

His latest comments came during his first news conference since George Floyd’s murder while in Minneapolis police custody in May and the ensuing protests against racial injustice and police brutality.

“I have nothing to prove as far as where I’m standing with the flag and where the Cowboys stand,” Jones said.

“I have nothing to prove regarding my players and my support of our players. What I do want to show and want us all to be a part of is a word called ‘grace’.

Jones, who joined arms and took a knee with his team before the national anthem during a prime-time game in 2017, said he has been in contact with several powerful people over how the Cowboys should move forward with their policy.

“I’ve had input from a cross-section of our players, former players, and I will continue to have input. This is a very serious matter.”

Jones also discussed the value of the NFL being able to play despite the ongoing coronavirus pandemic.

“I know the debate going on. I can easily see how X percent of the people would be for: ‘It’s just not worth the kinds of effort, risk, whatever, that’s going to go on.’ I believe it is. The NFL can be an exciting – when I say exciting, it can be an inspirational – part of how we address COVID, not only the remainder of this year, but as we go into ’21.”

Jones is also optimistic fans will be allowed into AT&T Stadium this fall, with the new season scheduled to start on September 10.

“We have a real unique situation, and I think that we’re going to be able to really have a great experience,” he said. “I think that our safety precautions that we’re doing won’t be unfamiliar to a lot of people when we look at the general protocol of the country or we look at how you get together numbers of people.

“Our fans will be in the stadium because they have chosen to be there. I’m confident that we’ve got a very educated situation and that our fans can come and have a safe experience at our stadium along with of course our players having the safety they’re required on the football field.”