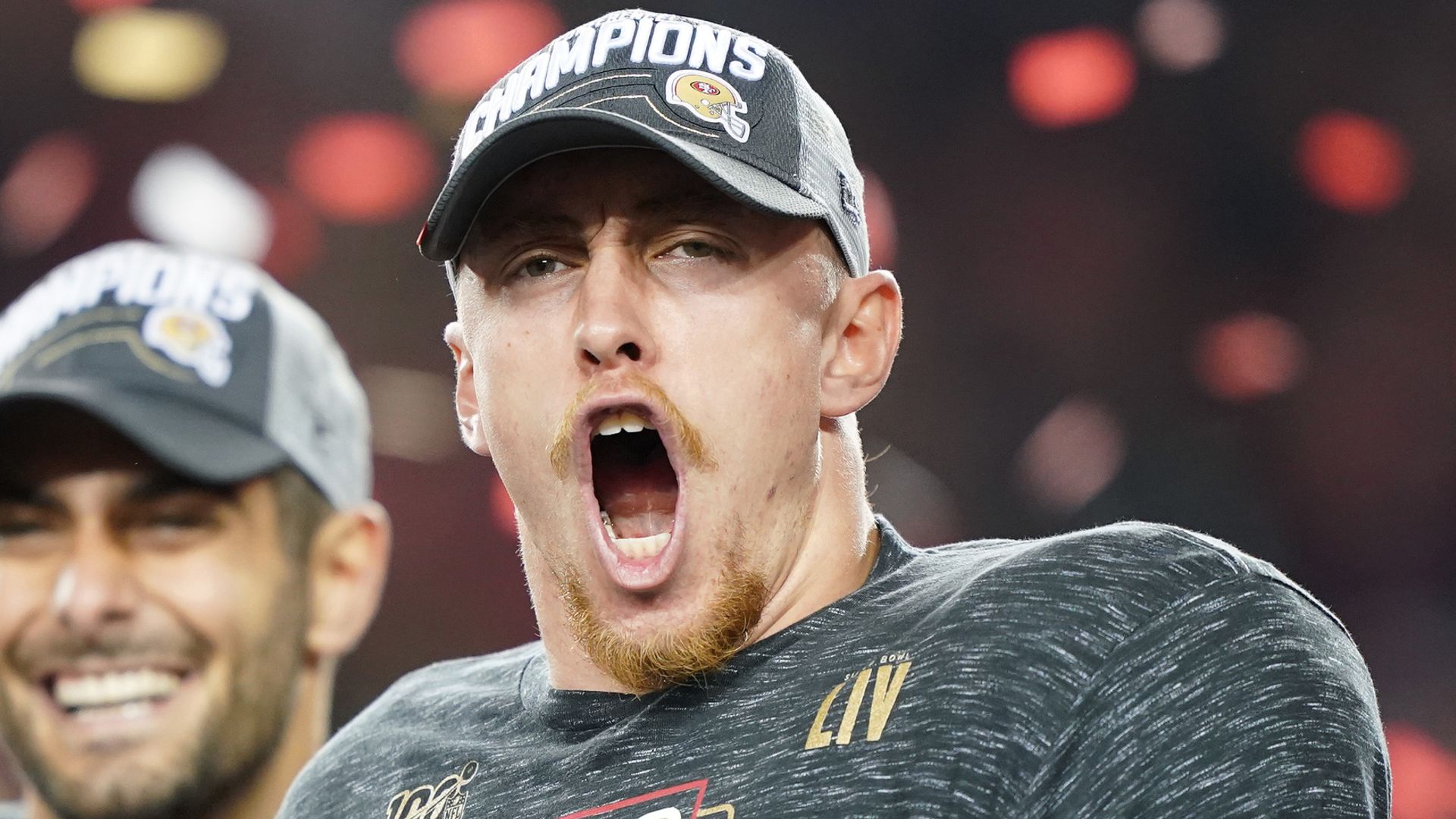 Deal worth $75m, according to NFL Network, and includes $30m guaranteed at signing, $40m guaranteed for injury and an $18m signing bonus

George Kittle is set to become the highest-paid tight end in NFL history after agreeing a five-year extension with the San Francisco 49ers.

The deal is worth $75m, according to NFL Network, and includes $30m guaranteed at signing, $40m guaranteed for injury and an $18m signing bonus.

It surpasses the Chargers tight end Hunter Henry’s $10.6m on the franchise tag for highest annual value, as well as Austin Hooper’s $10.5m after he signed a four-year, $42m deal with the Cleveland Browns this offseason.

Kittle has emerged as a key figure on Kyle Shanahan’s offense after becoming the ninth tight end to be drafted back in 2017, going at 146th overall in the fifth round.

In 2018 he set an NFL record for most receiving yards in a season by a tight end with 1,377 for five touchdowns, before registering 1,053 yards and five touchdowns to help the 49ers reach Super Bowl LIV last year.

He has also grown to become one of the NFL’s elite blocking tight ends, contributing to his two Pro Bowl selections and title as a first-team All-Pro.

Among his individual records is his feat as the first tight end ever to lead the league in yards after catch with 870.

Such has been his lasting impression that Kittle recently slotted in at an impressive No 7 on the NFL’s Top 100 list, as voted for by the players.