A Tuesday purse bid was postponed, after it was revealed that a deal had been reached “in principle” with a date being targeted for November.

“There is a deal in place in terms of the numbers proposed,” Campbell’s promoter Eddie Hearn told Sky Sports. “There isn’t a contract in place. A lot sits around the return of live gates. We have numbers in place for a US show and a UK show. Ideally we’d like to bring this fight to the UK.” 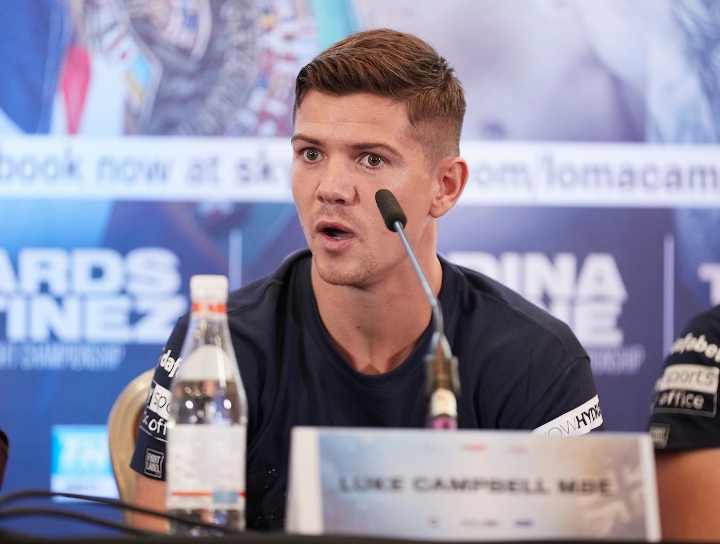 Garcia, 22, is a social media sensation and is now being fast-tracked to a world title.

The WBC’s interim-lightweight title will be at stake when Campbell and Garcia collide in the ring.

“Who am I to say it’s too early, or it isn’t? I guess we’ll soon find out,” Campbell told Sky Sports.

“He hasn’t had a real test, that’s not his fault. He’s been guarded by his promotional team who have built him up to what he is now, which is a hell of a name. But it’s certainly a big leap from where he’s been to getting in the ring with me. Everybody is on their own path, he is doing it differently. He’s in a position that I was never in, at his age. When I was 22, I had £30 per month to live on. He’s driving around in a Lambourghini. I had nothing, I was broke after paying for fuel to get to training camps. But that’s part of the journey.

“It doesn’t mean you can question his hunger. I’m sure he has hunger and goals. I never grasped things straight away. It always took me longer. But when I got it… I’ll make a real impact regardless of whether it’s there or here. When I beat him, which I will do, that will cause an impact. Then I want the next best one. I want to fight the best.

“He’s an exciting fighter with a hell of a following. He has power and carries speed. Everybody is talking about him and he’s ranked very highly but this is my opportunity to stamp my name in the division.  If the best of me turns up, I can beat them all.”