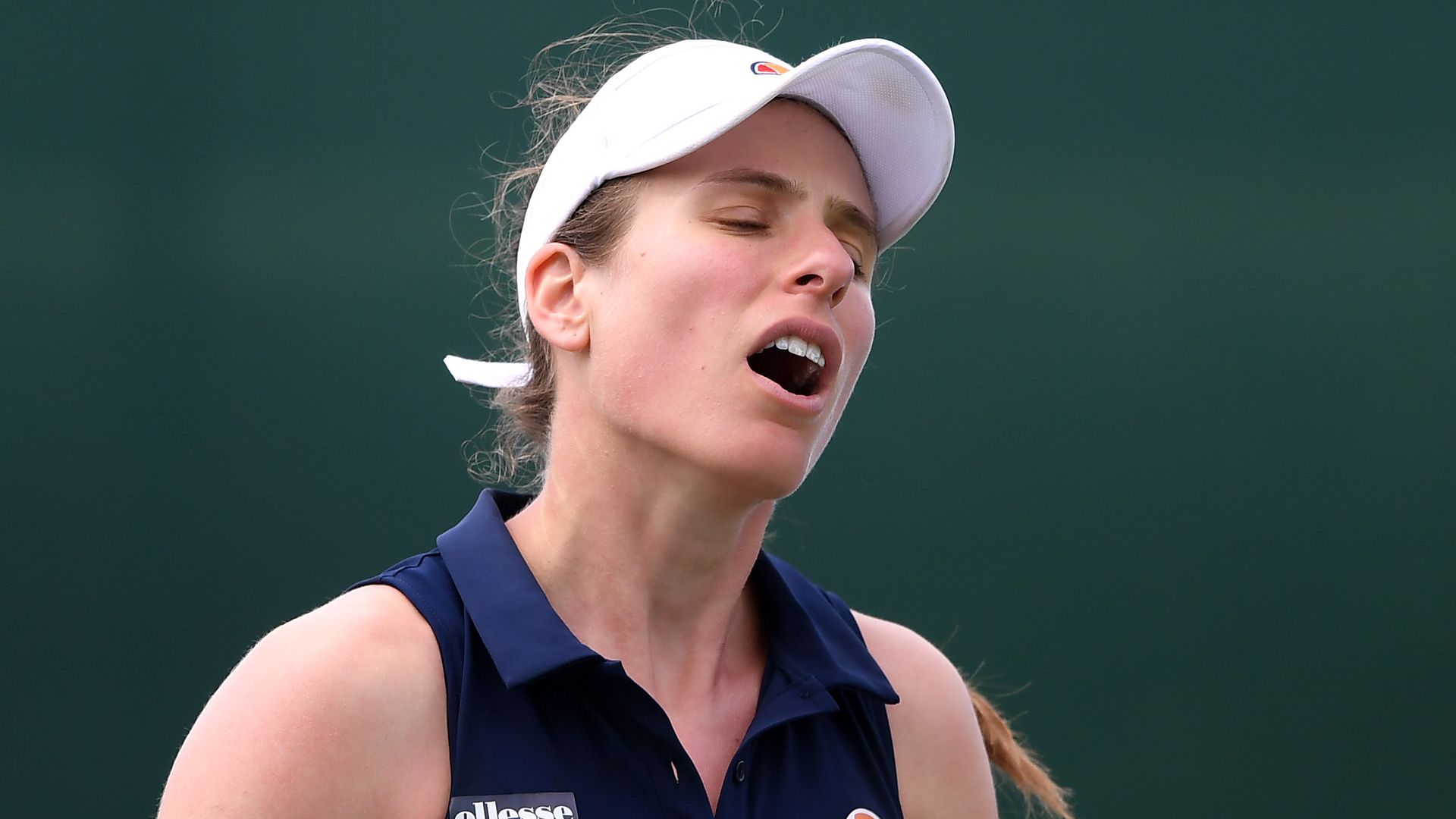 Third seed Johanna Konta needed medical help just 10 minutes into her return to action on her way to defeat to Marie Bouzkova at the Lexington Open in Kentucky.

Having held serve in the first game, the British world number 15 halted proceedings two points into the second.

Hunched over her racket, Konta appeared to be breathing heavily and her face was flushed, probably as a consequence of the extreme humidity as well as returning to competitive action after five months.

After having her blood pressure and pulse checked and consulting the doctor, Konta was able to return to the court.

The 29-year-old has suffered similar issues in the past, notably at the 2016 US Open and at the Fed Cup last year but in both instances she recovered to win the matches.

This time she battled on to 3-3 before rising Czech star Bouzkova, 22, secured the first break of the match and took the opening set.

Konta, beaten by the same opponent in her last match before lockdown, secured a break early in the second before immediately dropping serve with a second Bouzkova break securing a 6-4 6-4 victory.