Edgar Berlanga isn’t quite yet on the contender level, although he already has the attention of at least one super middleweight.

Unbeaten 168-pound titlist David Benavidez was among the interested observers who witnessed the 23-year old Nuyorican extend his streak to 14 1st round knockouts in as many pro fights. Berlanga needed just 62 seconds to record the latest hit, tearing through Eric Moon in their ESPN-televised super middleweight affair last month at MGM Grand Conference Center in Las Vegas.

Berlanga’s win turned out to be the most watched portion of the five-fight telecast, averaging and peaking at 471,000 viewers in outperforming the evening’s headliner. Benavidez definitely liked what he saw from the Brooklyn knockout artist, so much that the 23-year old Phoenix native is already envisioning how their own fight would play out, say in a year or two.

“That’s definitely what I was thinking, we can fight somewhere down the line,” Benavidez (22-0, 19KOs) noted during a Zoom conference call to otherwise discuss his August 15 Showtime-televised title defense versus Roamer Angulo (26-1, 22KOs). “Congratulations to him, he had another great win.” 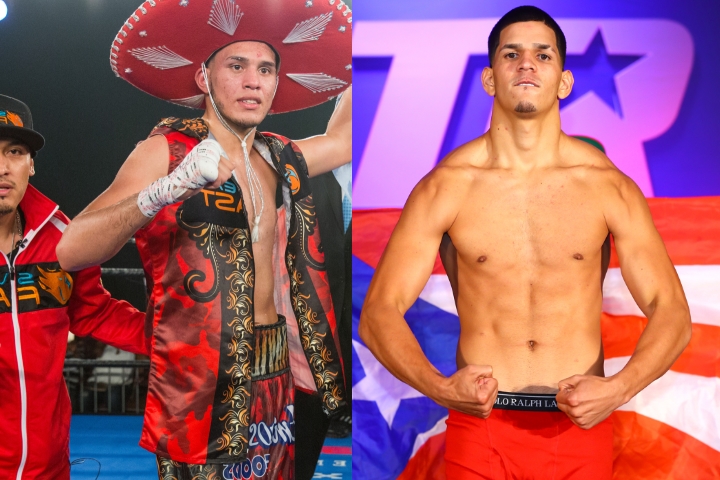 For now, their respective careers are on two different levels. Berlanga (14-0, 14KOs) is undoubtedly a star on the rise and rapidly emerging as one of the sport’s top prospects. Still, he has yet to see the second round of a given prizefight and remains in search of stiffer competition to showcase his talent.

Benavidez is already among the best super middleweights on the planet, residing in a division with four unbeaten titlists. For now, his focus is on Angulo—a hard-hitting Colombian based out of Miami—and registering the first defense of the title he regained following a 9th round stoppage of Anthony Dirrell last Setpember in Los Angeles.

From there, the plan is to hunt down his divisional peers—Caleb Plant, Billy Joe Saunders and Callum Smith—in hopes of collecting all of the belts. Whether that actually plays out, the amount of time it would take for it to happen should provide a point where Berlanga is ready for such a stage—and will be welcomed with open arms.

“Has there ever even been a (big) fight at 168 between a Puerto Rican and a Mexican? That’s what I was thinking about,” notes Benavidez. “It can be a great rivalry down the line.

“Just let him prove himself and I will be more than happy to fight him when the time is right. I’m here to fight the best.”

A Look At Daniel Jacobs’ Options Beyond Gabe Rosado Fight, End Of His DAZN Deal