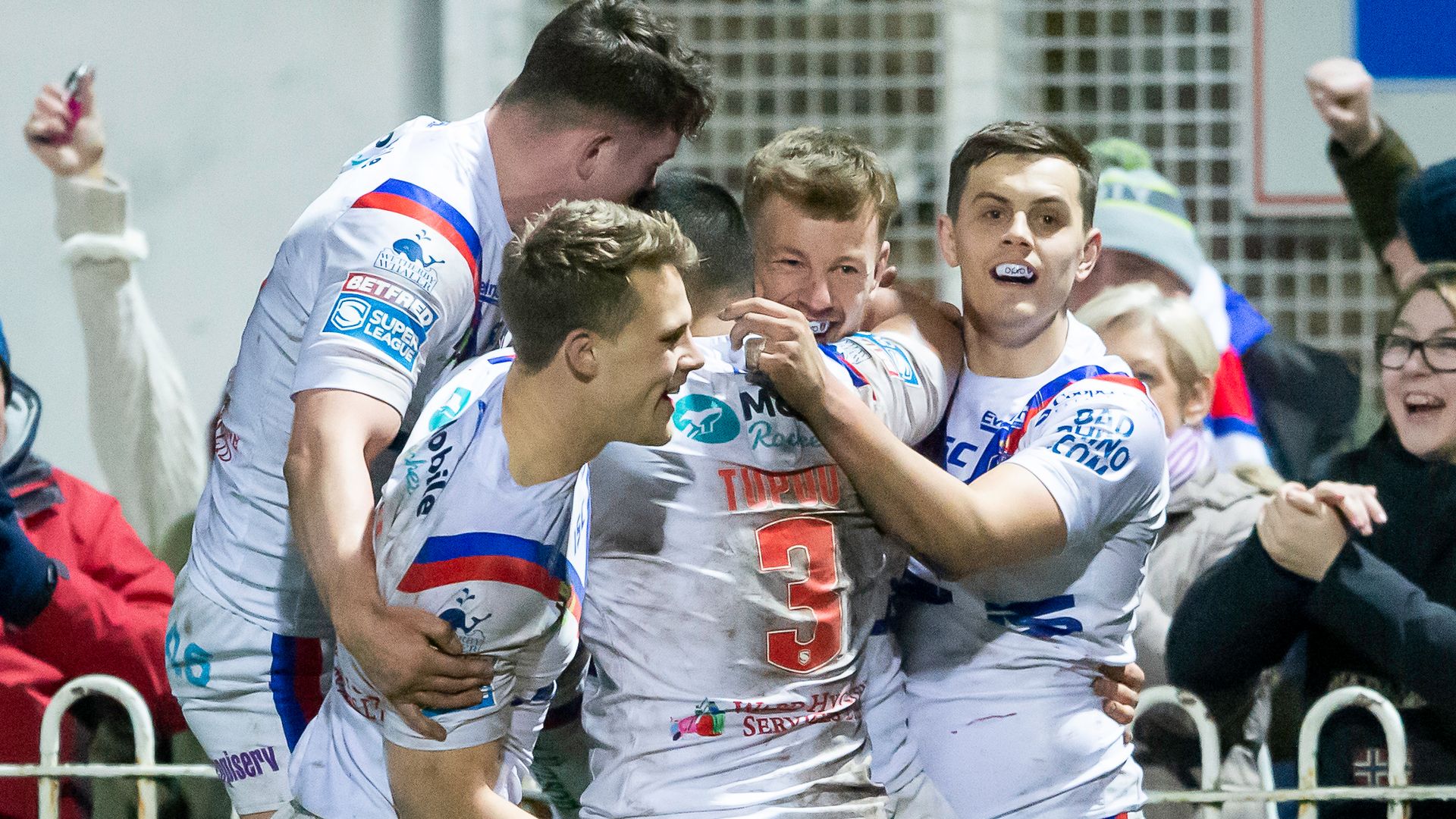 Wakefield and Wigan will attempt to return to winning ways in the Betfred Super League when they collide at Emerald Headingley Stadium on Sunday.

Both teams tasted defeat in their last league outings before the season was suspended in March. Wakefield suffered a one-point loss against Hull FC thanks to Marc Sneyd’s last-gasp drop-goal while Wigan were beaten by 12-man Salford.

A Warriors win will move them back to the top of Super League for a couple of hours at least but they face a tough challenge against a Trinity outfit chasing a win that could kickstart their season.

Trinity have struggled for consistency in 2020, impressive wins against Warrington and Salford sandwiched by defeats to Hull KR, Salford and neighbours Castleford.

Key stats: Wigan have been formidable at home this season but have faltered on the road, losing two of their three away fixtures.

In Liam Farrell and Morgan Smithies Wigan possess two of the top tacklers in Super League. The pair have made 261 tackles apiece this season, the fourth-highest in the competition.

Jordy Crowther and Matty Ashurst miss out due to injury but it is hoped they will be back in time for next weekend’s game with St Helens.

Wigan captain Sean O’Loughlin is poised to make his first appearance since suffering an eye injury in February’s win over Toronto.

“Sean O’Loughlin was our best trainer last week,” said Wigan coach Adrian Lam. “He’s had a five-month break but he looks like he’s back in his 20s.”

Joe Greenwood is also included following his short-term loan with Leeds but Wigan are without suspended pair Ben Flower and Ollie Partington as well as Oliver Gildart and Tony Clubb due to injury.

A number of players from both sides will make landmark appearances on Sunday.

Wakefield hooker Kyle Wood is on 299 career appearances while, if selected, Jacob Miller and Joe Arundel will play their 150th games in Super League.

Zak Hardaker and Joe Greenwood could make their 200th and 100th Super League appearances respectively, while Wigan wing Liam Marshall is one away from his 100th career game.

Meanwhile, Liam Farrell needs one try to reach his century in Wigan colours.

Jackson Hastings will be sporting some eye-catching footwear on Sunday.

The Warriors half-back will wear a pair of orange boots with the words ‘positivity’ and ‘stay strong Emily’ written on the side in support of a young Salford fan who is battling Leukaemia.

As promised. I’ll be wearing these on Sunday to represent not only Emily and her family but other people suffering! Nice and bright hope she can see them on sky, stoked with how they’ve turned out! 💖 @ajmbecks pic.twitter.com/GX29liPCBd

Emily’s family got in touch with Hastings are she drew a picture of him while receiving treatment at Manchester Children’s Hospital.

“The boots are to represent not only Emily and her family but every other person that’s fighting a battle with their health,” said Hastings.

“I’m one of the fortunate people to be health and I get to play rugby league for a living.

“I love using my platform to be able to raise awareness and bring attention to people that aren’t as lucky as myself.”

Hastings plans to deliver the boots to Emily after Sunday’s game.

“I hope Emily loves the boots when she sees them on TV, her courage, bravery and fight has truly inspired me,” he said.

“Hopefully come Sunday I can represent her the right way.”

“Wigan are physical, they have always been physical.

“Shaun Wane had them playing a certain way and the way that Adrian Lam had them playing at the start of the year was pretty forward dominating. We have just got to make sure that we are ready to match them physically.

“They are probably going to change the way they play and with so much time off you can’t really prepare for a team.

“We are going to change the way we play and I am pretty sure that Wigan and everybody else will want to change the way they play. I think physically we have got to be better than we were in those first five games.”

“It’s always difficult to play against an opposition where you don’t know who is going to play or you haven’t seen the week before.

“We feel if we make sure we’re right and we can handle the tough moments and be resilient through the games, we’ll be okay.

“There’s a buzz in the air because they know it’s gameweek again.”