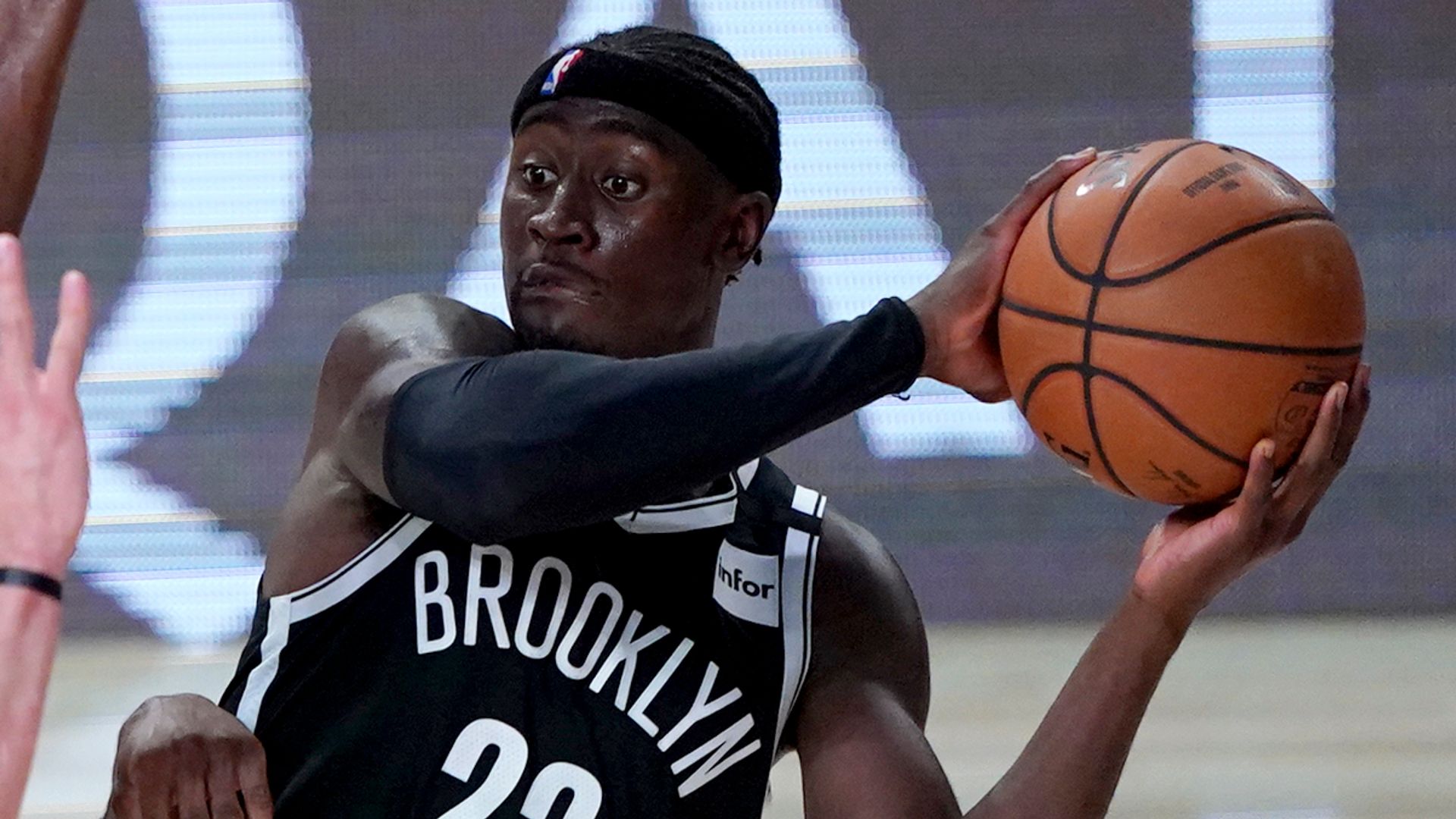 The Brooklyn Nets overcame the Sacramento Kings to secure their spot in the playoffs, while the Memphis Grizzlies ended their winless run in Orlando with a timely victory over the Oklahoma City Thunder.

The Nets confirmed their place in the playoffs for a second successive season as Caris LeVert produced 22 points to help them to a 119-106 victory over the Kings on Friday night.

It came as an impressive response to Wednesday’s 149-115 loss to the Boston Celtics, leaving them 3-2 since the restart and seventh in the Eastern Conference, 1 1/2 games ahead of the Orlando Magic, who they meet on Tuesday.

LeVert made nine of 21 shots and supplied seven assists, while Joe Harris had 21 points and center Jarrett Allen teased a triple-double with 17 points, 11 rebounds and a career-best eight assists.

Chris Chiozza and Tyler Johnson chipped in with 14 points each, Garrett Temple had 12 and Timothe Luwawu-Cabarrot had 10 as the Nets made 17 three-pointers and recorded 30 assists on the night.

The Kings fell to 1-4 since the restart after going 10-5 in their final 15 games before the pause on March 11, dropping to 13th in the West and 3 1/2 games behind eighth-placed Memphis.

Bogdan Bogdanovic led the Kings with 27 points on 11-of-19 shooting. De’Aaron Fox, meanwhile, put up 21 points, Harrison Barnes had 16 and Buddy Hield came off the bench to score 17, but the Kings were punished for a 42.7 shot percentage and their 15 turnovers.

LeVert provided some breathing space in the third quarter when his three-pointer gave the Nets a 93-82 lead with 11.7 seconds remaining. The eventual winners never looked back, extending their lead in the fourth.

The Boston Celtics never trailed and led by as many as 40 at one point as they beat the Toronto Raptors 122-100.

It ended a seven-game winning streak for the Raptors, who had won their opening three games since the restart, and meant they also missed out on the chance to seal the No 2 seed in the East. They currently have a 3 1/2 game lead over Boston with four to go.

The Celtics were 16 of 46 from three point range and shot 49 percent from the field, while the Raptors were guilty of 18 turnovers and a shot percentage of just 26.3 from long range.

Toronto had trailed by 10 less than two minutes into the third quarter, only for Boston to assert their dominance with a 36-12 run.

Dillon Brooks dropped 22 points to lead the Grizzlies to a 121-92 win over the Thunder, ending a five-game losing streak dating back to before the NBA season was suspended due to the coronavirus pandemic.

The win keeps Memphis in eighth in the West and a game ahead of the Portland Trail Blazers with three to play, while for Oklahoma it was a missed opportunity to move up to fourth, the defeat instead seeing them slip to sixth.

Seven Grizzlies turnovers contributed to a 37-19 deficit after just 10 minutes, only for them to respond emphatically as they outscored their opponents 102-55 across the remainder of the game.

Memphis shot 55.4 percent from the field, with Jonas Valanciunas finishing eight of 11 shooting. He and Ja Morant came up with 19 points apiece.

Chris Paul led the Thunder with 17 points but saw his team shoot just 35.1 per cent from the field in its worst shooting performance of the season.

Joel Embiid added 23 points and 13 rebounds while Alec Burks scored 22 points. Al Horford had 21 points and nine rebounds and Shake Milton handed out a career-high eight assists for the Sixers, who won their third in a row.

The Sixers were without All-Star Ben Simmons, who will remain sidelined indefinitely with a partially dislocated left kneecap.

Nikola Vucevic led the Magic with 21 points and 12 rebounds while Evan Fournier added 22 points. D.J. Augustin scored 16 points, James Ennis III added 14 and Markelle Fultz had 13 for the Magic, who fell to 32-38. A victory by Orlando would have clinched a playoff berth. Terrence Ross shot 0 for 10 and was held scoreless.

The Magic were shorthanded as well with Aaron Gordon (hamstring) and Michael Carter-Williams (foot) out with injuries.

Orlando went into the locker room at halftime with a slim 50-48 lead thanks in large part to Vucevic’s 11 points and eight rebounds.

By the end of the third Philadelphia had closed within 79-77 before rallying in the fourth to put some daylight between themselves and Orlando.

In doing so the Spurs reclaimed 10th place in the West to move a game behind Portland in the standings and a half-game up on the Phoenix Suns.

Lonnie Walker IV and Rudy Gay each had 14 points for San Antonio, while DeMar DeRozan scored 13 and Dejounte Murray contributed 11.

Utah were led by Jordan Clarkson’s 24 points from the bench, with Tony Bradley adding 15 points and 11 rebounds, Miye Oni and Emmanuel Mudiay contributing 14 points each, and Joe Ingles notching 12.

San Antonio have three games left in the NBA restart, including another contest against Utah on Thursday to wrap up their schedules.

They must move above Portland into ninth place and stay within four games of Memphis in order to secure a spot in the play-in tournament for a chance to compete in the postseason for a record 23rd straight year.

Jrue Holiday scored 28 points as the New Orleans Pelicans overcame the absence of Zion Williamson to defeat the Washington Wizards 118-107.

Williamson, who has been on a minutes restriction, was held out as the Pelicans were playing their second game in as many days.

In his absence, New Orleans struggled for 2 1/2 quarters before Holiday and Nicolo Melli led a surge against the short handed Wizards, who are 0-5 since the restart.

Williamson, who scored 24 points on 10-of-12 shooting in a 140-125 loss to Sacramento on Thursday, will be re-evaluated Saturday for a possible return the next day in a crucial game against San Antonio.