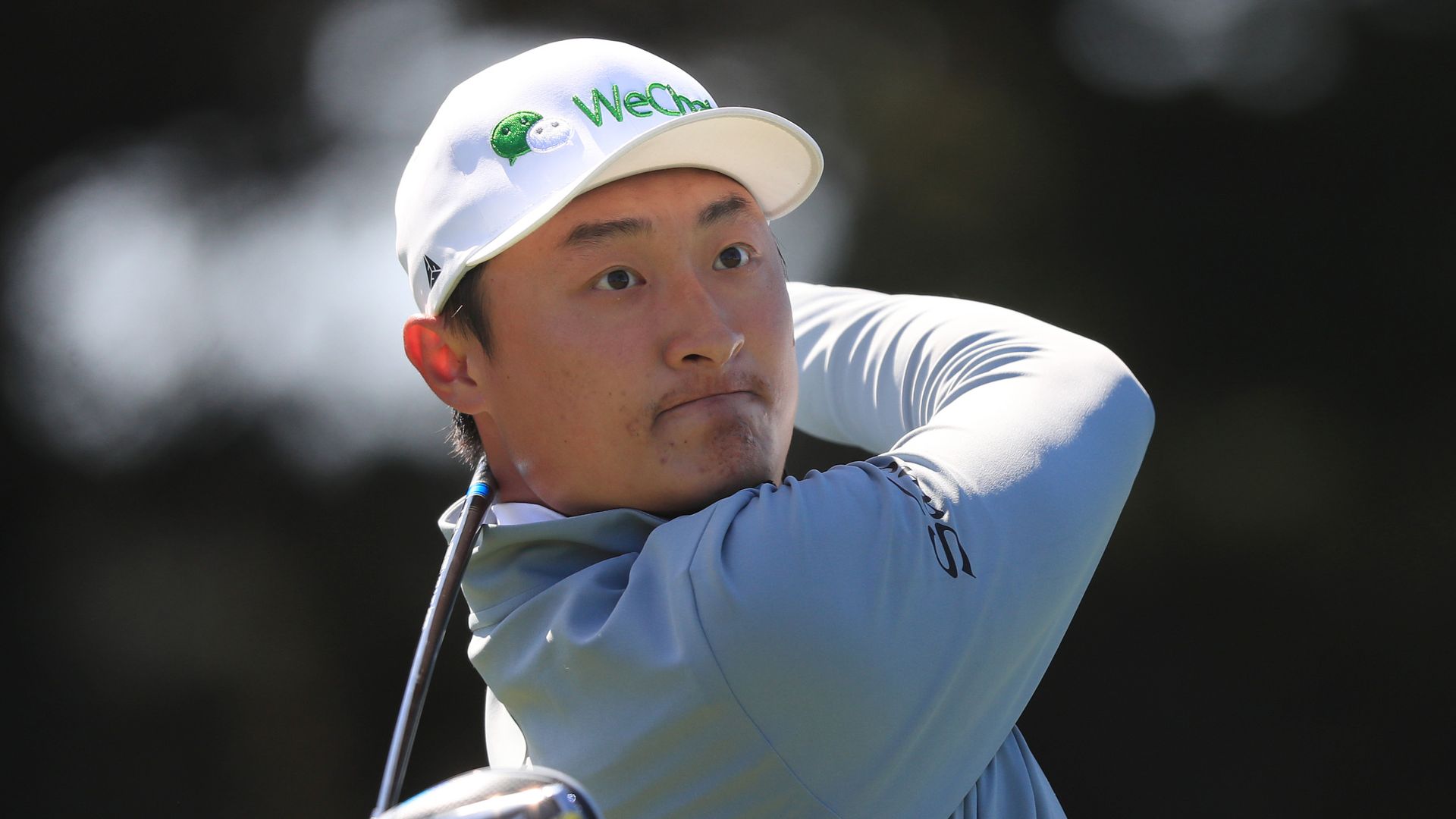 Li Haotong vaulted to the top of the PGA Championship leaderboard as a number of star names flirted with the cut line on day two in California.

Out in the third group of the morning, Li added a 65 to his opening 67 to hit the front on eight under par, a halfway score that only came under serious threat from overnight-leader Jason Day and Mike Lorenzo-Vera late on day two at TPC Harding Park.

English pair Tommy Fleetwood and Justin Rose are just two strokes off the pace along with defending champion Brooks Koepka, who called for his trainer three times to treat a hip problem which he defied to fire a 68, later insisting the injury was not a big deal.

Rory McIlroy was nicely placed after four consecutive birdies around the turn before a triple-bogey seven at the 12th left him battling to make the cut, which he managed with a 69 as playing-partners Tiger Woods (even) and world No 1 Justin Thomas (+1) also had to dig deep to extend their tournaments.

Li’s bid to become the first Chinese professional major winner is a genuine possibility after he set a testing clubhouse target early one, making birdies at three of the first five holes and adding two more at nine and 10 before parring the final eight holes to stay on top of the leaderboard.

Lorenzo-Vera got within one of the lead when he birdied three in a row from the second – his 11th – and he remained on seven under until he bogeyed the ninth to slip back into a large group of players in a tie for second.

Fleetwood, still fresh after delaying his return to competitive golf following the coronavirus shutdown, was the first player to get into the clubhouse on six under after he carded seven birdies in his 64, his lowest round in a PGA Championship.

Day slept on the outright lead after his opening 65, and he joined Li on eight under with three birdies in four holes from the fourth and responded to a bogey at nine with another birdie at the 10th, although it took him four shots just to hit the green at the 12th and he then compounded his previous errors with a miss from three feet.

The Australian walked off with a double-bogey six, but he steadied himself to par the final six holes and stay two behind Li, with Koepka, Rose and Daniel Berger all joining the tie for third in the afternoon wave.

Koepka birdied two of the first four holes, but he was clearly hampered by a problem with his left hip – an injury possibly stemming from his recent knee issues – and the sight of him flat on his back being manipulated and stretched by his trainer was hardly encouraging in his quest for a hat-trick of PGA titles.

The former world No 1 bogeyed the sixth and the 13th either side of a birdie at 10, but he produced one of the shots of the day at the last, a superb second from a fairway bunker to seven feet which he tucked away for a closing birdie that saw him card a 68 and lifted him back to six under.

Rose made it a six-way share of second, the Olympic champion making a superb birdie from off the green at 14 and chalking up another at the next before parring home to match Koepka’s 68, while Rose’s Ryder Cup team-mate Paul Casey moved smoothly to five under after a bogey-free 67.

Prolific European Tour winners Bernd Wiesberger (68) and Alex Noren (69) are among the group on four under alongside Dustin Johnson and Xander Schauffele, while McIlroy appeared destined for a place in the top 10 with his stunning burst of scoring around the turn.

The two-time champion made an uncertain start as he followed an opening birdie with bogeys at the third and fifth, but he then reeled off four straight birdies from the seventh, including a 25-foot putt for a two at the tough eighth, only to get into big trouble at the 12th.

McIlroy was unable to get close to the green after pulling his drive into thick rough, and he went long with his third before a three-putt from seven feet added up to an ugly seven which dropped him back to level par for the tournament, with the projected cut remaining at one over.

But he got back into red numbers with a birdie at the 16th and parred the final two holes to stay one ahead of Woods, who mixed four bogeys with two birdies in a scrappy 72.

Thomas did well to get up-and-down from the greenside rough at the last to scrape into the weekend with nothing to spare along with his close friend Jordan Spieth, who followed his opening 73 with a 68.