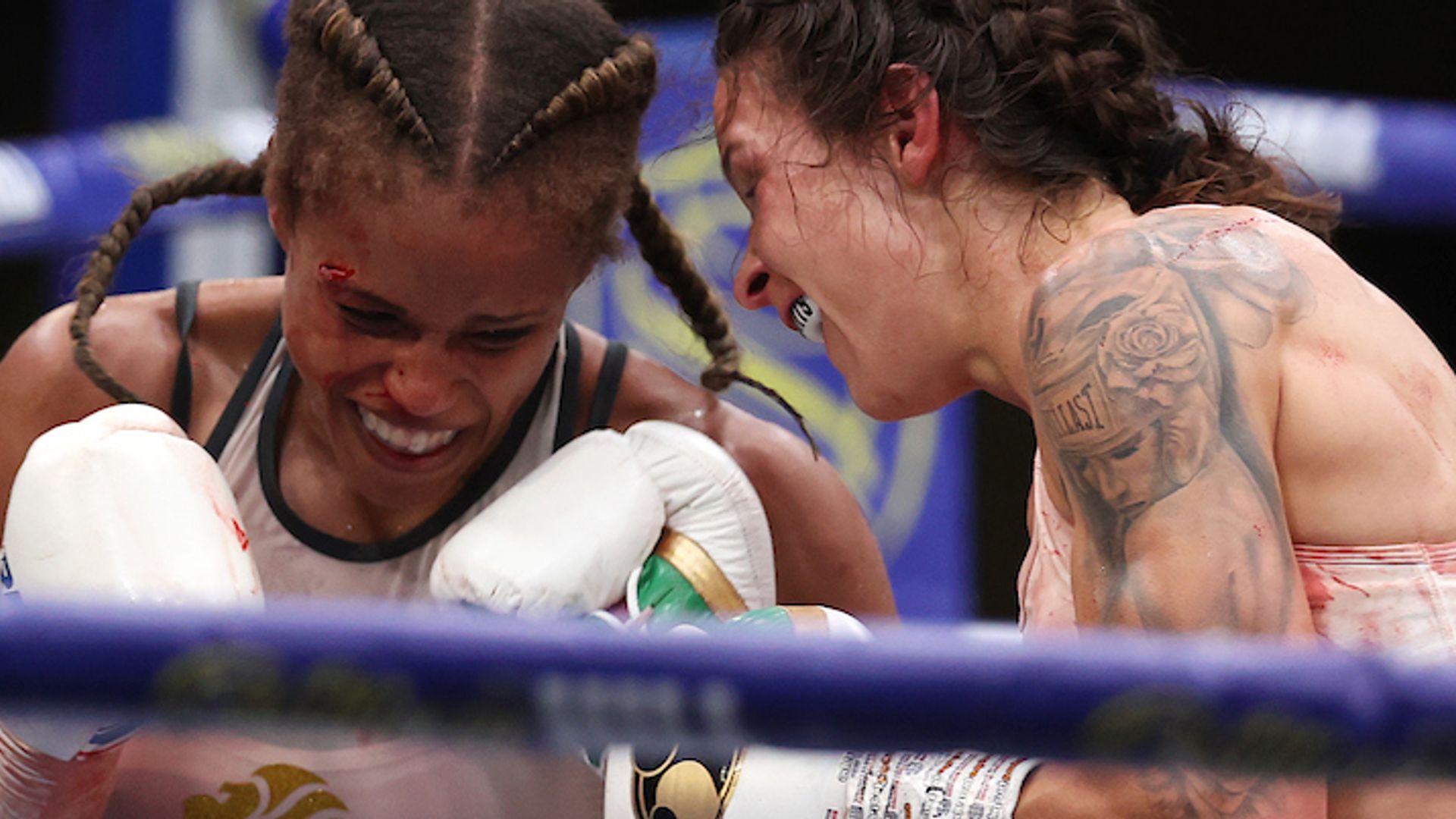 Katie Taylor vs Delfine Persoon, alongside Dillian Whyte vs Alexander Povetkin, is live on Sky Sports Box Office on August 22

Undefeated Harper clung onto her WBC super-featherweight championship at Fight Camp on Friday night with a split decision draw when the three ringside judges couldn’t separate her and challenger Jonas.

“We have to see that fight again,” Hearn said. “I know we are talking about unifications and mandatories but you have to do that again.

“Jonas deserves another shot at the world title.”

Liverpool’s Jonas, the underdog who is 13 years older than Harper, insisted that she did enough to win the world title: “I won the eighth clearly. I thought I won the ninth and 10th. It was close. I had myself one or two up.

“She made some statements which I had to prove wrong, to her but to myself as well.

“All eyes were on women’s boxing and hopefully we made the public proud.

“One million percent I’d do that again!”

Harper was also open to a rematch and said: “I know I hurt her. She hurt me a few times. I’m disappointed by my performance but that was only my 11th competition on the big stage.

“That was a big learning fight for me. I felt it, I felt my legs go, I sucked it up and dug deep for the last two rounds.

“I knew she was a tough opponent but I didn’t expect her to come out like that!

“Massive respect. Tasha is someone I looked up to. I could tell the class she had. Maybe I underestimated her a bit.”

Hearn added: “Jonas was brilliant. Nobody gave her a chance! Everyone was high on Terri and rightly so.

“I scored it a draw. But if anyone was going to get the decision it would be Jonas.

“Jonas was hurt in the second. Harper was buzzed in the eighth. Unbelievable to watch.”

Former Olympian Jonas was cut in the second round but her left hand repeatedly found its target and made Harper’s first world title uncomfortable. Harper was staggered in the eighth round but battled back to keep hold of her belt.

Another potential future opponent may have been Ewa Brodnicka, who holds the WBO belt in the same division, and who Matchroom Boxing signed up this week.

But Brodnicka’s mandatory challenger is Mikaela Mayer, the former Olympian from the US who has been outspoken in the past week in insisting that she will eventually be the super-featherweight ruler.