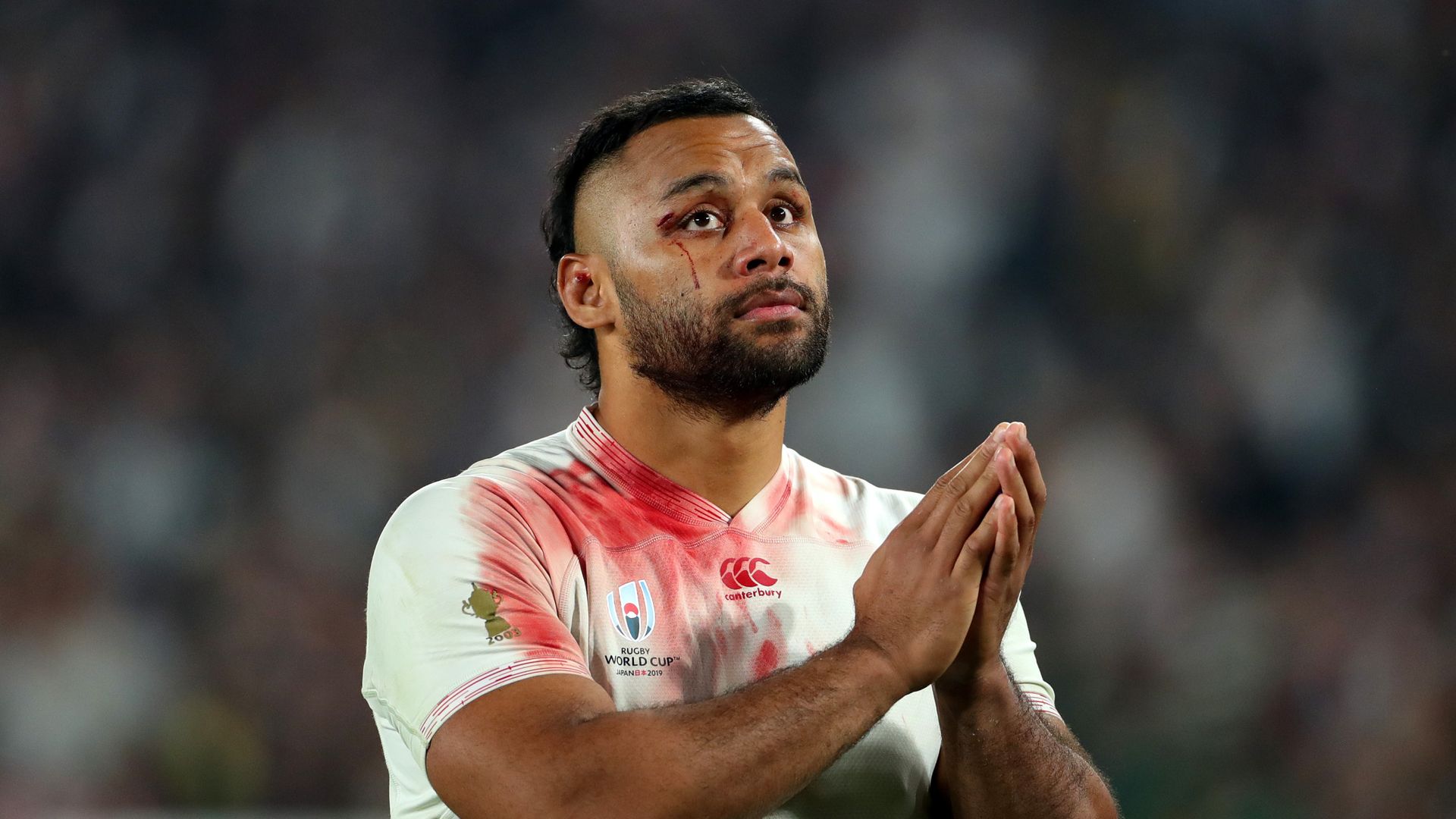 Billy Vunipola: “My head was in the clouds and I didn’t want to take ownership for things that I did. It’s hard to admit it sometimes and tell people around you that you are wrong.”

Billy Vunipola believes he let down England at last year’s World Cup and has even failed to offer enough support to brother Mako.

The Saracens number eight has revealed he used the coronavirus lockdown for “self-reflection”, and now wants to make up for lost time with team-mates and family.

Vunipola revealed he has spoken to members of England’s World Cup squad over several “personal” issues, saying only that his “head was in the clouds” for parts of Japan 2019.

England thumped double defending champions New Zealand 19-7 in the semi-finals only to be stung 32-12 by South Africa in the final.

Vunipola has now admitted to several shortcomings in his personal conduct, and also conceded he has been at pains to improve his relationship with brother and England and Saracens team-mate Mako.

“I always looked to blame someone else or something else and I finally realised, when I spoke to my parents, that I need to take ownership,” said Vunipola.

“Those guys never lie to me. It was hard to look at myself and it took a while, maybe two or three weeks to think.

“It took me a while to realise that my parents are right, basically 100 per cent of the time. It just took me longer.

“My head was in the clouds and I didn’t want to take ownership for things that I did. It’s hard to admit it sometimes and tell people around you that you are wrong.

“There were things that happened in the vicinity of the team when we were away (in Japan) and I have talked to people that I guess it affected and that was personal between me and them, and them and me.

“I would like to keep it that way. But the people I needed to talk to I talked to about it.”

The England and Saracens number eight revealed he has used recent months to look back on some of his past behaviour.

“I did a lot of self-reflection after the World Cup and during this Covid period,” added Vunipola.

“It’s things I could have done better and things that affected the chemistry of the team.

“It’s been a great thing to reflect on. As I said, my head was in the clouds, that’s all I’m willing to share.”

Vunipola: There was a lot of negativity with brother Mako

Asked if he had discussed any of his concerns with brother Mako, Billy Vunipola said he had admitted to his sibling that he had not offered enough support in the past.

“I definitely hope I can have a better relationship with my brother now,” said Vunipola.

“What kind of happened before was a lot of negativity, we were very competitive with each other.

“But maybe we didn’t support each other as best we could, and that is definitely something I felt I didn’t do for my brother.

“I didn’t support him when he was in a bad spot with injuries and that talk kind of improved our relationship and hopefully we can keep going that way.

“I think he can see that there is change in me. We talk a lot more, me and my brother; I think before him and me didn’t really get on and that was my fault because I would never make the effort.

“I would never listen to him because I thought I knew what was going on.”