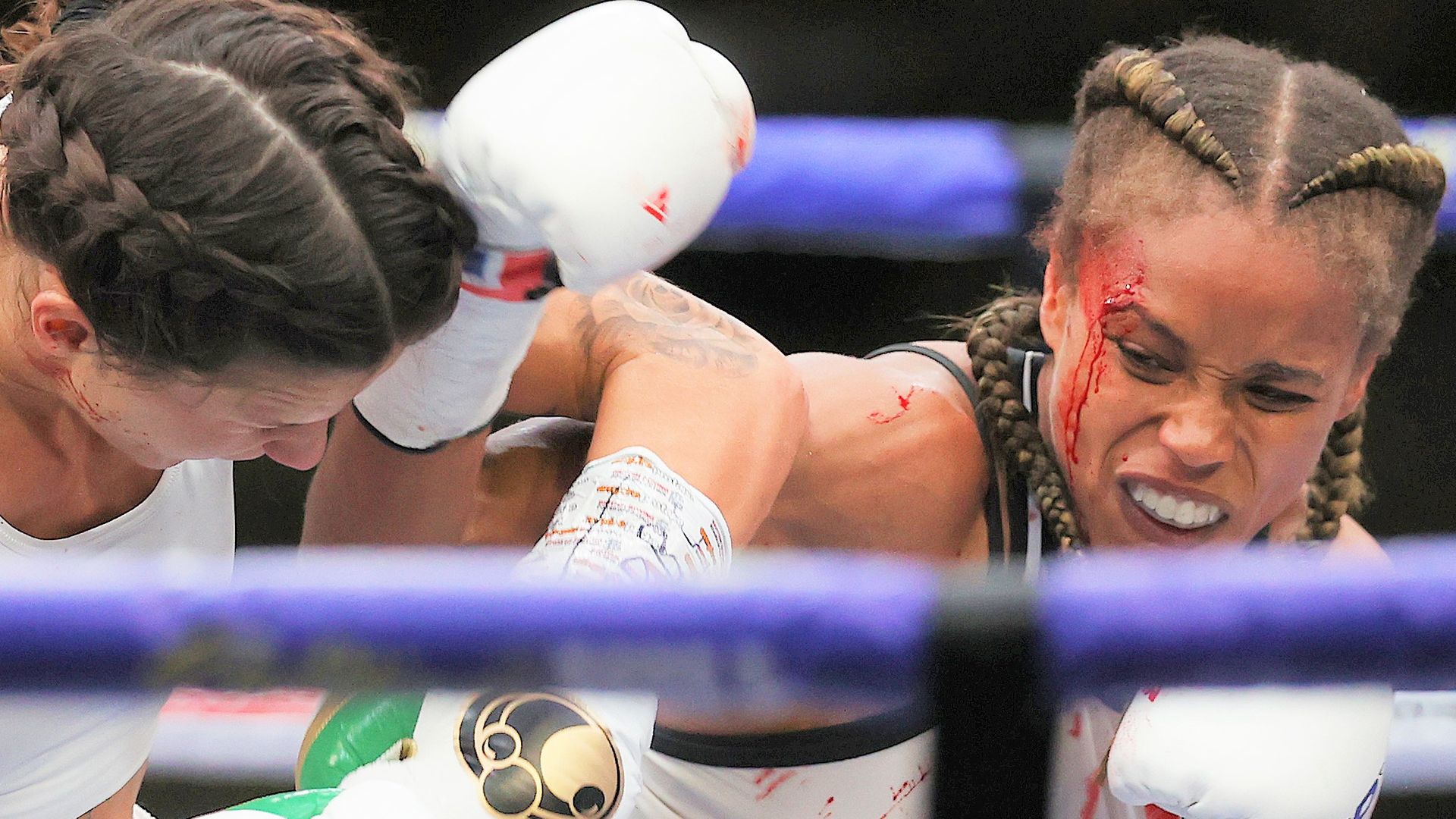 Katie Taylor vs Delfine Persoon, alongside Dillian Whyte vs Alexander Povetkin, is live on Sky Sports Box Office on August 22

A disputed result, a week of raised voices and bickering back-and-forth were ultimately just the subplot to Fight Camp – the real story was the excitement of the historic fight between Terri Harper and Natasha Jonas and the perfect advert for women’s boxing that it represents.

They emerged stained by each other’s blood but their rivalry replaced by respect – an undercard full of men’s fights in their shadows.

“All eyes were on women’s boxing and hopefully we made the public proud,” Jonas said.

She left Fight Camp empty-handed despite an almighty effort that belied her pre-fight chances but perhaps the true fight was for recognition. In that regard, Harper and Jonas were both victors and so were the emerging crop of female boxers who will step into the ring soon.

This current generation of women’s boxing have developed the genuine rivalries that makes the men’s fights so fascinating. Suddenly, across multiple divisions, there are serious storylines developing outside of the ring and champions being threatened inside of it.

Harper may have to contend with Jonas in a rematch but her goal remains to add another belt in the super-featherweight division – Matchroom Boxing signed Ewa Brodnicka, the WBO champion, specifically for that reason.

I’m happy with the draw. Would definitely whoop them both tho. 😊

But Brodnicka’s mandatory challenger is Mikaela Mayer from the US, and that’s where this gets interesting.

“She doesn’t stop yapping,” promoter Eddie Hearn said about Mayer, the former Olympian who has repeatedly called out Harper over the past week.

“If they want to grow Terri’s career, they need to come to America for a fight against me,” Mayer warned.

The baton will quickly be passed to Katie Taylor, the queen of the ring, whose undisputed lightweight championship is up for grabs in a second fight with Delfine Persoon.

Persoon stormed out of the ring last year, angry that the judges thought Taylor won their first fight, and she recently described her rival’s style: “Katie throws one shot, runs away, then grabs.”

When Taylor and Persoon cross paths again in a fortnight there will be serious animosity and a score to settle.

Seven-division champion Amanda Serrano and undisputed welterweight title holder Cecilia Braekhus are other future options that Taylor has her eye on.

Britain’s Chantelle Cameron is the mandatory challenger to Taylor.

And Harper, who idolises Taylor much like many of the latest generation of female boxers do, could even target her heroine if the timing is right.

“I couldn’t imagine punching my idol in the face, but maybe one day it will happen,” Harper has previously said.

“I believe that it’s a fight that can be made in the future and it will be a very big one.

“Obviously, I will be building my profile for a while and then maybe we can look at getting a fight organised.”

What has made boxing so enticing for decades is the rivalry and the drama, as well as the fights. After years of battling away without the attention that they deserve, today’s era of female boxers are driving each other onto claiming mainstream glory.