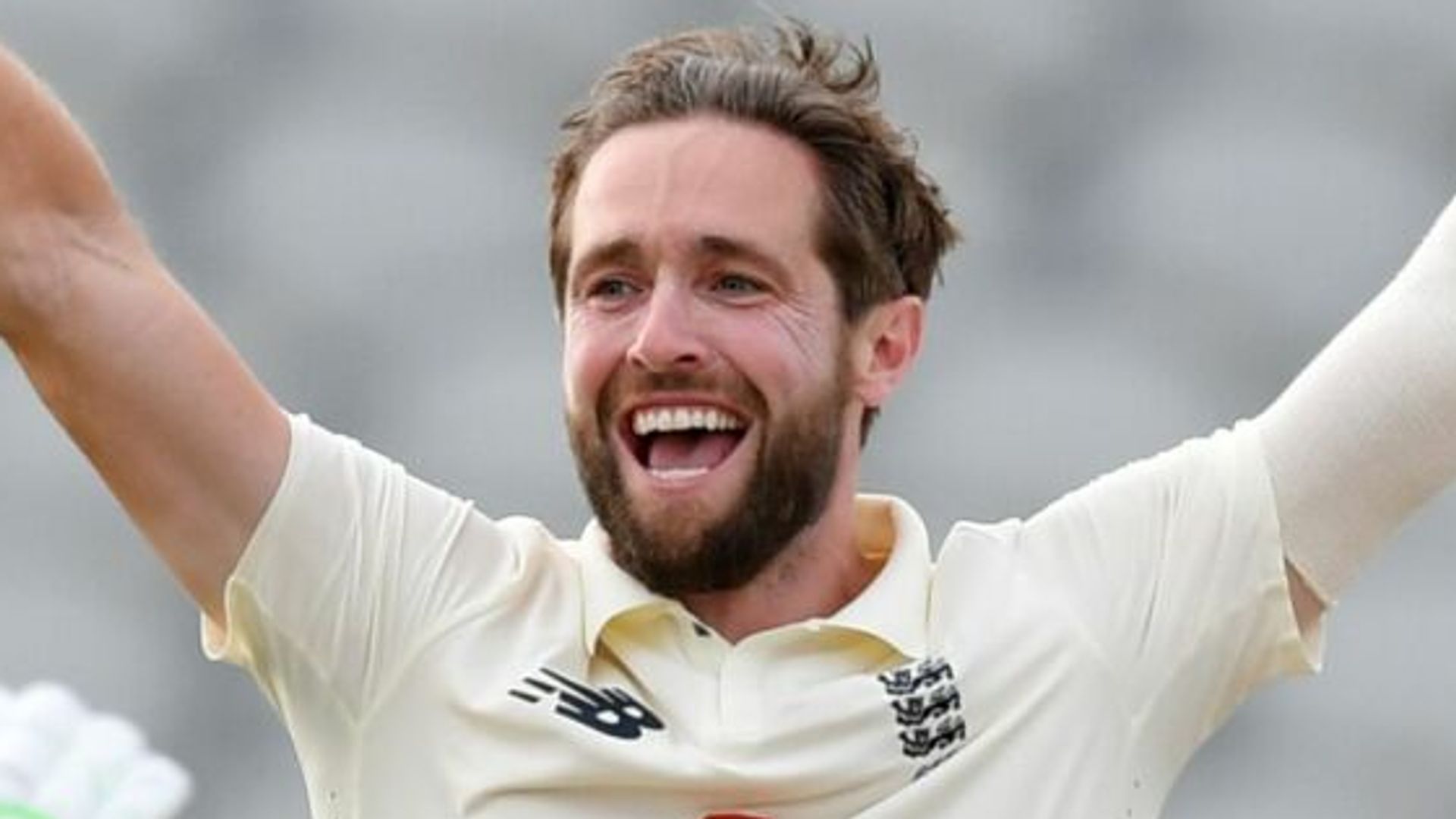 “If you look to sit in on this wicket, particularly against the spin, there is probably one with your name on it”

Chris Woakes believes England need to bat positively if they are to win the first #raisethebat Test against Pakistan at Emirates Old Trafford.

After giving up a first-innings deficit of 107, England’s bowlers dragged the hosts back into contention as they reduced Pakistan to 137-8, a lead of 244, at the end of day three.

Woakes impressed with the ball, taking 2-11, and thinks Pakistan’s bowlers could be aided in the fourth innings by a pitch that is already beginning to deteriorate – but he is remaining positive.

“It’s an exciting day four ahead, I suppose. It will be a challenge,” he told Sky Sports. “We’ve got to come out and try and knock Pakistan over without them building any sort of partnership. That would be the ideal.

“To chase this total down, I think we’ve got to do it pretty positively. You can’t just bat out there for a long time and not expect to have one with your name on it. We don’t want them to get too much further ahead of us.

“When you lose the toss on a surface like this, you’re always going to be a little bit up against it, especially if there is a first-innings deficit. But, at the same time, we’ve given ourselves a chance.”

Speaking later to reporters, Woakes said: “You always have belief – it would be stupid if we rock up thinking ‘if we lose three quick wickets we’re done.

“You hear a lot about records and chases but things like that are there to be broken. We’ll definitely look at those other wins, the sort of wins where you’re written off around this stage of the game.

“We’ll draw on those experiences. Of course it’s a challenge but we’ve definitely got the ability to win, we’ve got the players who can do it.

Ben Stokes led England to a stunning Ashes win at Headingley last summer as they chased down 359 to beat Australia and he boosted his team’s chances of defeating Pakistan with two wickets late on day three in Manchester having come onto bowl despite battling a quad issue.

Woakes said: “I had no idea whether he was able to bowl or ready to bowl, but I’m not overly surprised that he could do what he did. That’s Ben Stokes, we know he’s capable of miracles.

“He’s got a bit of a golden arm, he always has had the knack of picking up wickets. When you are in a bit of dog fight, he’s the sort of player you want in your team. He always puts his hand up and gives 110 per cent and he certainly did that picking up a couple.”

England were bowled out for 219 prior to their fightback with the ball and Woakes says they were disappointed not to get closer to Pakistan’s first-innings 326.

“With the bat, we’d have liked to have gone on and got a bigger score but when you lose early wickets like we did, I suppose you’re always trying to find those partnerships to go on and get a big score. We obviously tried to get as close to them as we possibly could.

“Then with the ball, we were just trying to hammer a good length, straight really. With the wicket showing a little bit of variable bounce, trying to bring the stumps into play as much as possible and then also the fine nicks were the dismissals we were looking for. We wanted to try and build some pressure and we did that pretty well.

“They’re certainly not completely out of the way and we feel that we can get them. I think we’ve got to come out and try and be positive as well. If you look to sit in on this wicket, particularly against the spin, there is probably one with your name on it.

“Obviously, we’ve still got two to get in the morning but I always feel that if you start well in a chase like that then you’ve got a chance.”

Watch day four of the first Test between England and Pakistan, live on Sky Sports Cricket from 10.30am on Saturday.