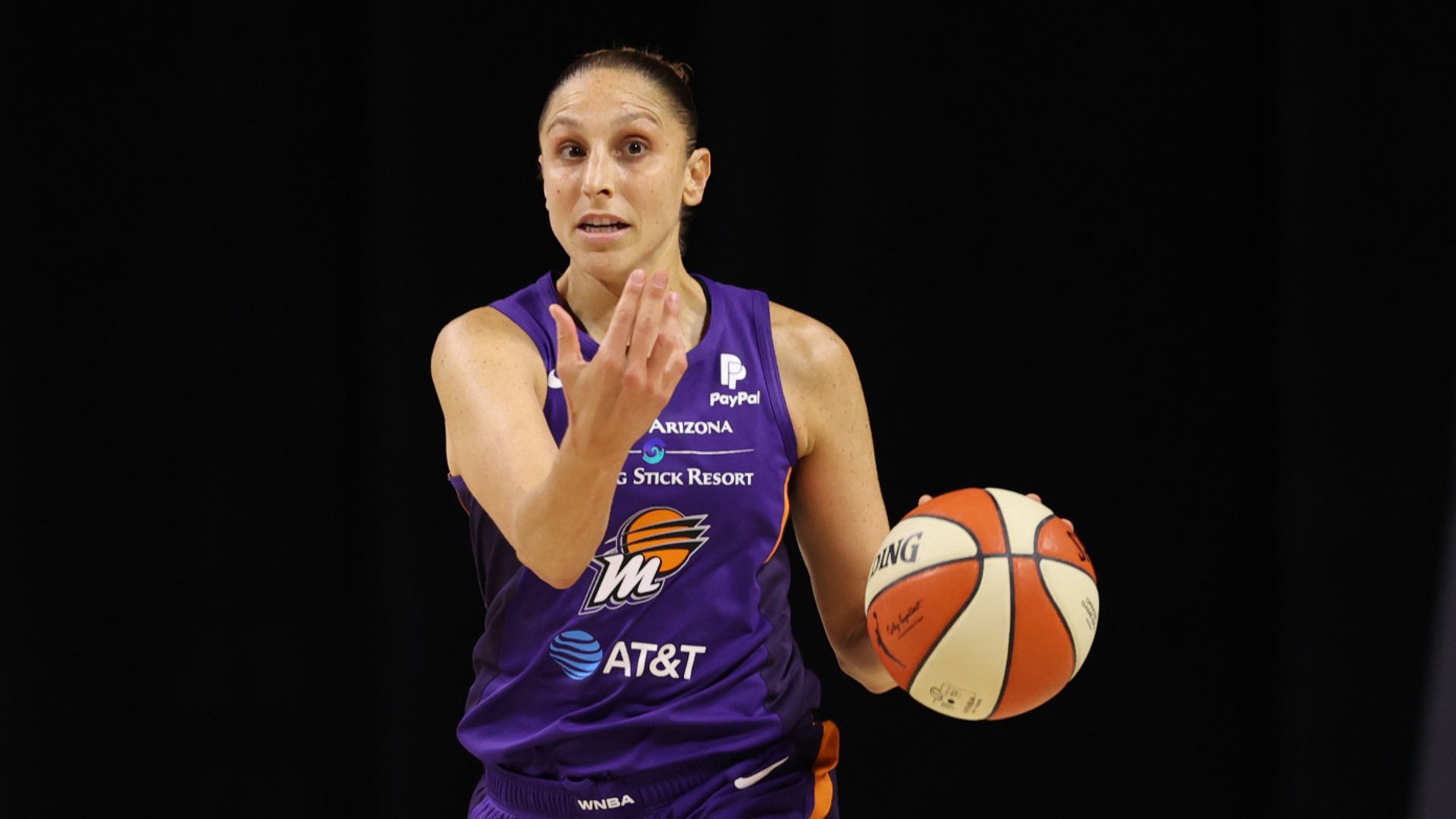 Diana Taurasi and Brittney Griner each scored 22 points as Phoenix beat the Chicago Sky 96-86 on Thursday night for the Mercury’s fourth straight win.

Diana Taurasi and Brittney Griner each scored 22 points as Phoenix beat the Chicago Sky 96-86 on Thursday night for the Mercury’s fourth straight win.

The Sky darted to a 16-8 lead before the Mercury went on a 24-2 run in the last four minutes of the quarter and led by 14 at the end of the first. Taurasi tied the game at 16 with a four-point play, Brianna Turner followed with a lay-up and Phoenix led the rest of the way.

Just before the break, Taurasi made a three-pointer with 2.2 seconds left to steal some of Chicago’s momentum and the Mercury (4-2) led 55-49.

In the third, following Courtney Vandersloot’s triple to bring the Sky within 60-59, Taurasi hit apair of threes within under a minute to again blunt Chicago.

It was a chippy game with Chicago coach James Wade getting ejected with a few minutes left in the fourth quarter after arguing with the officials.

Breanna Stewart scored 27 points and the Seattle Storm made all 10 of their free throws at the end to fend off the Atlanta Dream 93-92 on Thursday night.

Chennedy Carter led the Dream with a career-high 35 points – tied for the fifth most by a rookie according to the Elias Sports Bureau. Carter finished with 11-of-17 shooting, including 3-of-4 from three-point range and made all 10 of her free throws.

The last player in the WNBA to score 35 or more points in a regular-season game was the Indiana Fever’s Kelsey Mitchell who scored 38 points against the Connecticut Sun on September 8, 2019. Carter, the No 4 draft pick out of Texas A&M, became the first rookie in Dream history to score 25 or more points in consecutive games.

Atlanta held a 14-9 lead in the first quarter after Monique Billings’ lay-up three minutes in. Stewart then countered scoring nine straight points in the next 77 seconds and the Storm went on a 16-0 run.

Brionna Jones scored 17 points and Alyssa Thomas added 15 to help Connecticut get their first win of the season with a 91-68 rout of the Dallas Wings.

Natisha Hiedeman and Jasmine Thomas scored 14 points apiece and the Sun finished shooting 36-of-66 (54.5 per cent).

Arike Ogunbowale led Dallas (2-4) with 17 points and Isabelle Harrison and Tyasha Harris off the bench scored 12 and 10 respectively. Dallas finished 28-of-73 (38.4 per cent) from the field.