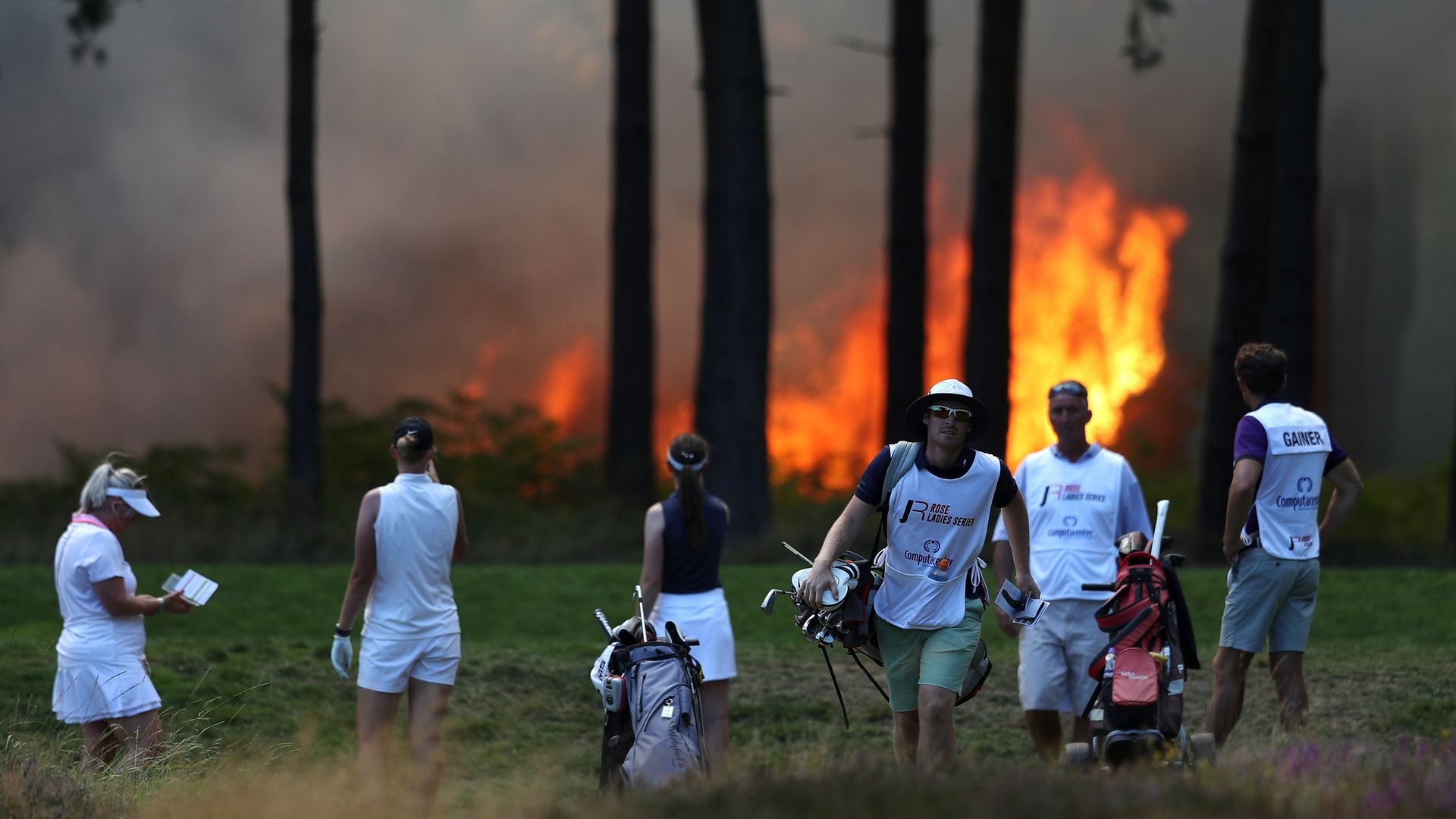 “With almost one mile of heathland still smoking this evening bordering the golf course, it is simply not safe for The Wentworth Club to reopen.”

The Rose Ladies Series Grand Final has been cancelled after a fire at Wentworth led to play being suspended on Friday.

It was hoped the tournament could resume on Saturday but, with the fire continuing late into Friday night, it was decided that would be impossible.

As of late Friday evening, 30 fire crews were on-site trying to deal with the blaze, which began on Chobham Common and spread to the nearby golf course.

A statement on Friday night from the tournament directors read: “We are absolutely devastated to report that tomorrow’s final round has been cancelled.

“Sadly, the fire has continued to ravage over 50 hectares of heathland late into this evening. Although now reasonably under control, local Fire Services expect the continued warm weather tomorrow may well be cause for it to re-light.

“As we experienced today, this can happen rapidly. With almost one mile of heathland still smoking this evening bordering the golf course, it is simply not safe for The Wentworth Club to reopen.

No decision has been made on how the Computacenter Grand Final will be decided, with tournament organisers consulting with sponsors and partners before issuing an update on Monday.

They remain hopeful of being able to rearrange the final round later in the year, but if it is declared a two-round tournament, it is expected that Alice Hewson would be declared the winner, with former Open champion Georgia Hall winning the Order of Merit.

Hewson, who has led since the first round at North Hants on Wednesday, had been on course to claim overall victory as she covered the first seven holes in one under, making her second birdie of the day at the seventh shortly before the players were removed from the course.

When the round was abandoned, Hewson led the 54-hole finale on six under, two clear of Solheim Cup star Charley Hull, while Series co-founder Liz Young and Hall were both two under for their rounds and three strokes off the lead.