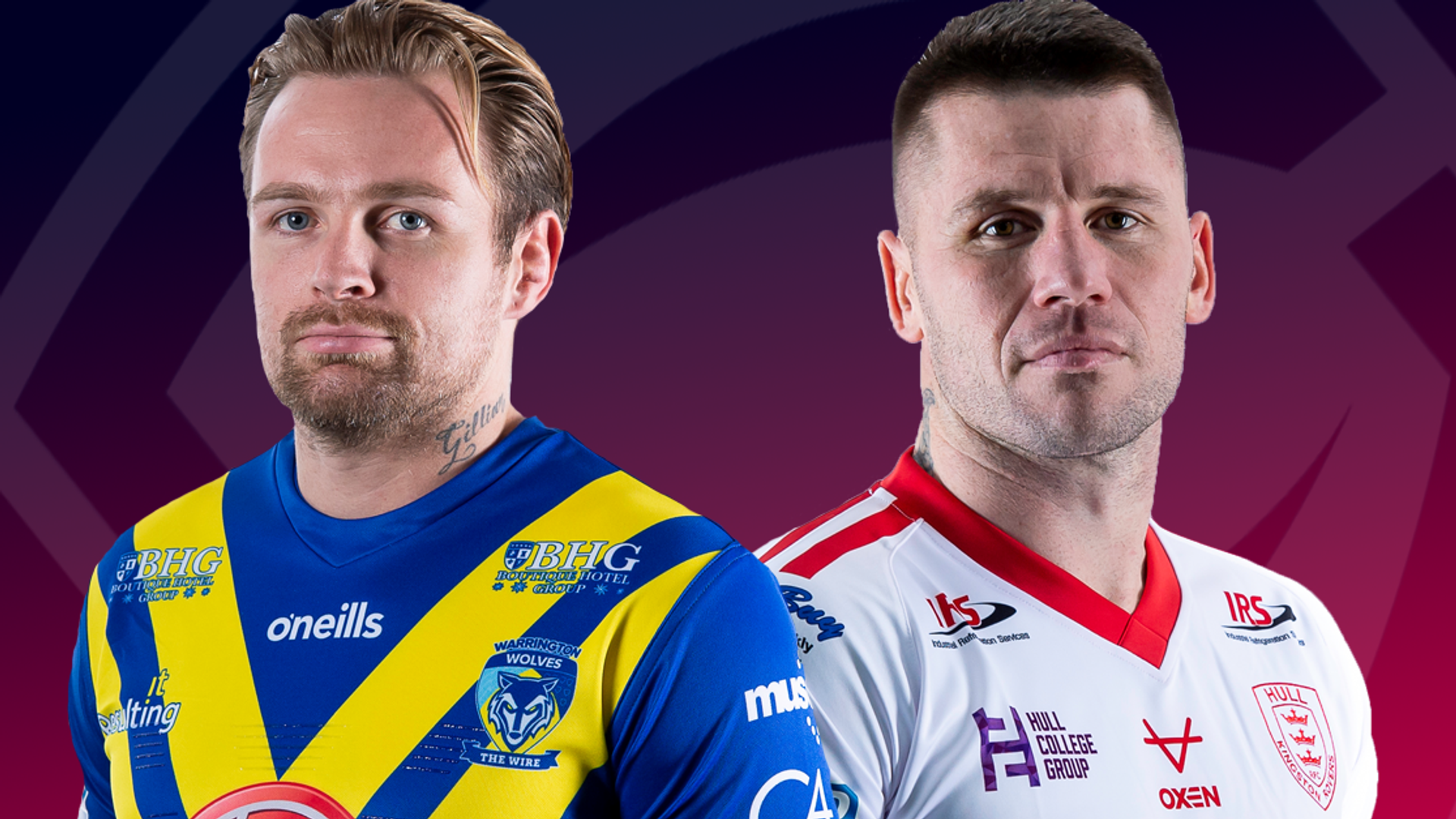 Warrington and Hull Kingston Rovers will both be seeking winning starts when they return to Super League action at Emerald Headingley Stadium.

The Wolves were dogged by inconsistency before the season was suspended. A 19-0 win over defending champions St Helens formed part of a perfect home record but results were mixed on the road, which included a 36-0 whitewash against Leeds.

Hull KR, meanwhile, find themselves bottom of the table following Toronto’s withdrawal. Tony Smith’s side have lost their last five league games and will be desperate for a victory that could kickstart their season.

Key stats: Warrington dropped to sixth in the table after their win over Toronto was scratched off.

The Wolves won their last two games before the season was suspended, the latter of which was a landslide 38-4 victory away to Rovers’ cross-city rivals Hull FC.

Key stats: Rovers boast Super League’s leading tryscorer in Ben Crooks but his fine form has been overshadowed by a porous defence.

Tony Smith’s side have leaked 169 points in six games, the second-worst record in Super League behind Hull FC. Their average margin of defeat this season is over 24 points.

Steve Price has named Gareth Widdop in his 21-man squad after rubbishing rumours that the England international was on his way back to the NRL.

Reports in Australia suggested Widdop could return to his old club St George Illawarra Dragons, with fellow half-back Corey Norman heading in the opposite direction in a swap deal.

“Gareth is really happy at our club,” said Price. “He has really enjoyed his time at Warrington Wolves and he’s contracted here for a number of years.

“The player who was linked to us, that definitely will not be happening, so I’m really comfortable with Gareth and so is he.

“The player who was linked would not even come into my thought process.”

Price will hope the break has helped Widdop further develop his partnership in the halves with Blake Austin. The pair scored two tries apiece in Warrington’s last outing against Hull FC.

Ben Crooks will look to continuing his freescoring form, having recovered from the neck injury he suffered prior to the coronavirus lockdown.

Crooks scored seven tries in five appearances, including four in Rovers’ sole win over Wakefield in round one.

“There is no reason why the club are unable to bounce back and possibly become play-off contenders,” Crooks said.

“I think any club coming back into the season will set such sights.”

Nathaniel Peteru will be keen to make an impact on his long-awaited debut, the former Leeds prop having joined Hull KR in March.

There is no place for Robbie Mulhern in the 21-man squad, however, while Greg Minikin (knee) and Anesu Mudoti (hamstring) miss out due to injury. Meanwhile, Harvey Livett will not feature against his parent club due to illness.

Hull KR may be propping up Super League but Weller Hauraki is confident they can put a run of results together and climb up the table.

With the threat of relegation gone, the Robins can throw more caution to the wind as they attempt to put more points on the board.

“We’ve pretty much got a full-strength team now and the way we’ve been training I think we’re going to cause a lot of people trouble,” Hauraki told Hull Live.

“We’re really looking forward to doing it on Saturday.

“Pre-covid, they were decimated with a lot of injuries. They’re going to get a lot of players, they’re going to be healthy and energised, so we’re expecting a really tough game.

“They’ve some dangerous players all over the park, especially in the No. 9 with Matty Parcell and Adam Quinlan, who we’ve got to be on high alert for.”

“Warrington like to play really fast without the ‘six again’ call so I’m pretty sure they’ll want to play as fast as possible.

“It’ll be a tough job but they’ll be underdone like everyone else so it just depends how we play against them. We’ve just got to throw as much as possible back at them.”