WBC heavyweight champion Tyson Fury has already earned massive success inside the ring – and he continues to achieve big things outside of the ring too after the announcement of his latest venture.

Fury (30-0-1, 21 KOs) has unveiled a new Tyson Fury Foundation that will be available in Morecambe, giving youngsters the opportunity to reach their full potential.

It will serve as a new boxing, football and rugby facility, with more details available in the future. The ‘Gypsy King’ made the announcement on Instagram, which was met with widespread praise.

Fury said: “Great news I got it over the line. There will be a new boxing, football and rugby facility opening in Morecambe soon. The Tyson Fury Foundation.

“It’s giving the next Tyson Fury or the next Wayne Rooney the chance that we had. There will be sponsorship availability soon.”

Manchester United footballer Scott McTominay was among those to praise Fury on the announcement, along with trainer Ben Davison. 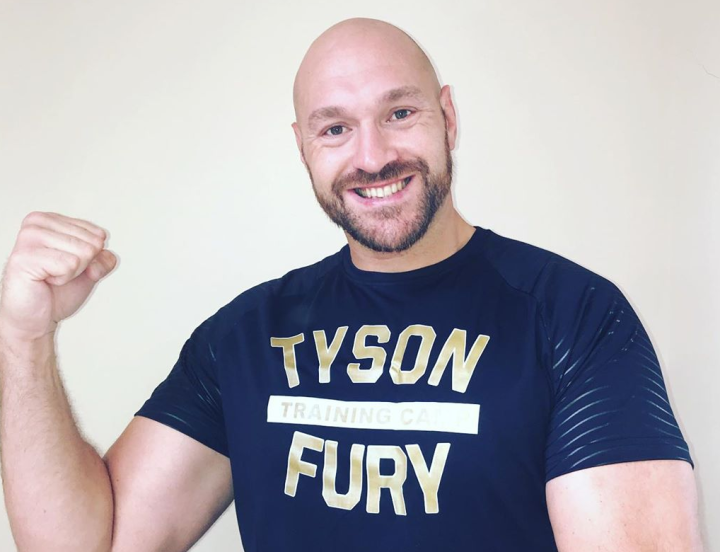 IN OTHER NEWS: Craig MacIntyre will now go up against two-time Midlands Area title challenger Ishmael Ellis when #MTKFightNight returns on Wednesday.

MacIntyre (11-0-1, 4 KOs) meets Ellis (11-2) at Production Park Studios in Wakefield on August 12, live in the US on ESPN+ in association with Top Rank, and worldwide on IFL TV.

Undefeated Scottish star MacIntyre was set to take on Darren Surtees before an injury forced Surtees out of the bout, but is well aware he now has a tricky test ahead of him against dangerous Birmingham man Ellis.

MacIntyre said: “I was gutted when I heard about the change, but credit to my team MTK Global as they sorted it out and got me a new opponent, so I’m buzzing to still be fighting.

“We’ve been focusing on Surtees for the last however many weeks and putting a game plan together to fight him, but this doesn’t change anything, I’ve still got the same job to do.

“We’ve had a look at Ellis and I don’t know what sort of fight to expect, but I’ll get the business done. I feel like if I land cleanly then I can hurt most people in the division.”

Ellis said: “I’m really excited. I’ve been waiting for something to come up for a while, so to fight on an MTK Global is a great opportunity.

“I’m happy to fight anyone. I’ve been ticking over gradually over the last few months to make sure I’m always fit. I’m expecting a high pace and skilful boxing.

“We’re both going to put on a good boxing display for the fans around the world to appreciate. I’m hoping a win will lead me on to more big shows to get my name out there a bit more.”