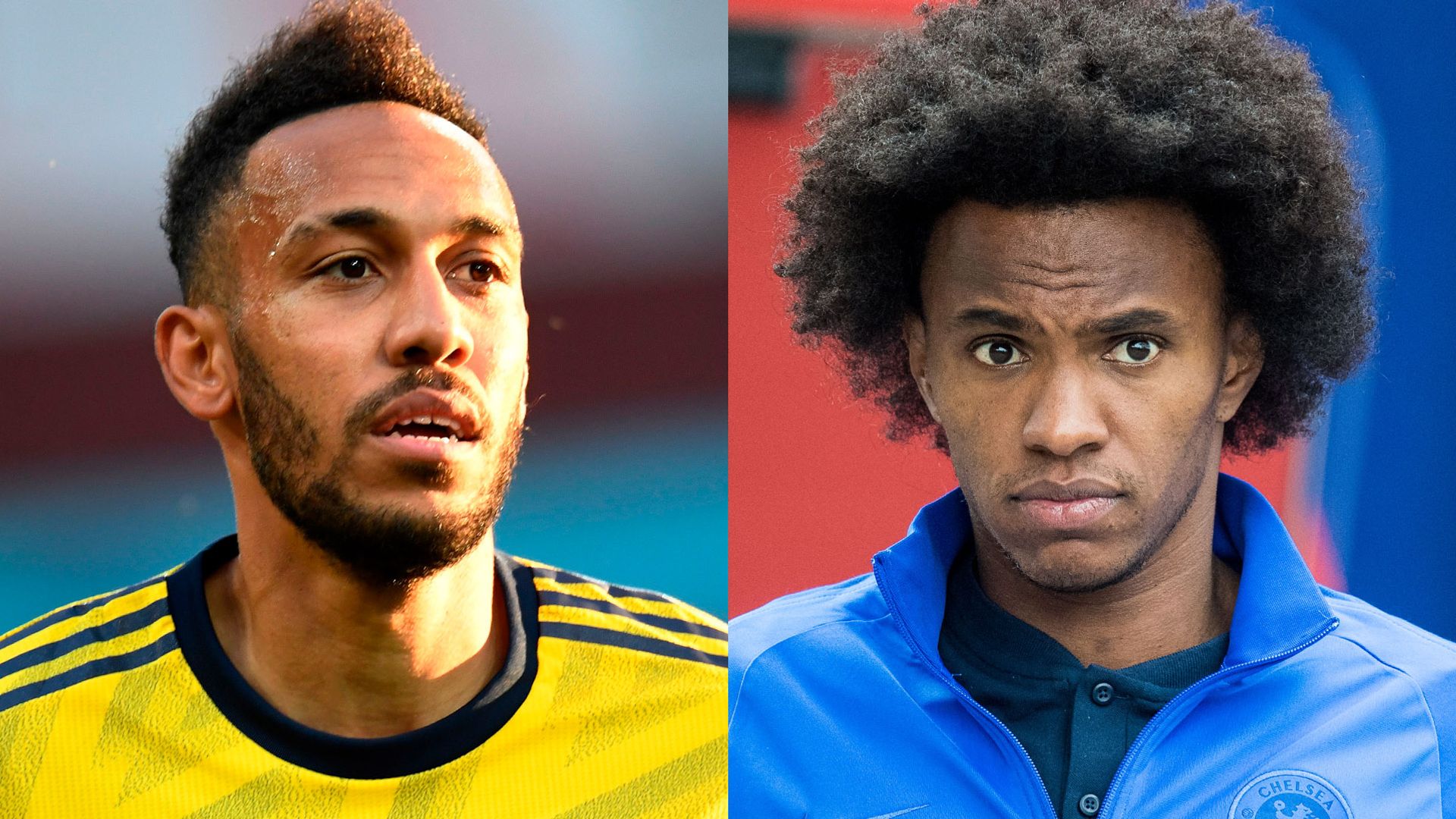 Pierre-Emerick Aubameyang and Willian are on the verge of signing long-term Arsenal contracts – but is this shrewd business, or are the Gunners undermining their interests?

That was one of the topics of debate on the latest edition of the Transfer Talk podcast, where ESPN football expert Gabriele Marcotti joined Sky Sports News duo Pete Graves and Dharmesh Sheth to discuss the latest major developments from the summer window.

The Gunners are said to be on the verge of concluding a three-year extension for club-captain Aubameyang and a three-year deal that would see Chelsea forward Willian make the switch across London.

With Aubameyang 31-years-old, and Willian days away from his 32nd birthday, Marcotti accused the Gunners of adopting a transfer policy that appears at odds with the club’s current position and may jeopardise the young talent they already possess.

“On the face of it, a front three of Aubameyang, (Alexandre) Lacazette and Willian is all well and good but what do you do with the other guys? Are the likes of (Bukayo) Saka and (Gabriel) Martinelli going to get enough minutes to grow?

“These are decisions clubs have got to make and, in Arsenal’s case, it seems very unusual because these are the kind of moves clubs make when they think they are a player or two away from really competing. But that’s not where Arsenal are.

“They are not swimming in money, there was no Champions League football last season or next year. Their players took a 7.5 per cent pay cut, had they not won the FA Cup it would have been a 12.5 per cent pay cut.

He added: “They say Willian is going to get a three-year deal. Willian turns 32 on Sunday, does he need to be given a three-year deal? Might it not make sense to give him a shorter deal plus an option?

“It seems like a massive commitment for a winger. There are not many wingers who remain as effective when they get to 33, 34, 35. These are all things I find unusual.”

Is Aubamyeang better off staying put?

Marcotti argues the current footballing climate post-lockdown, coupled with Aubameyang’s age and wage demands may play into Arsenal’s hands as they set about securing his future.

“Aubameyang is going to have a ton of suitors a year from now if he doesn’t extend his contract and becomes a free agent,” he explains.

“Right now it’s tough, the guy is 31 years old, he’s asking for a three-year contract and is already on very big wages, just over £10m a year. That is going to steer people off.

“If Aubameyang weighs that up and asks if he can earn more money and win trophies somewhere else, at this stage of his career, as great as he’s been, I don’t think he’s going to get much more than that anywhere else, unless he goes to China, which isn’t an option anymore.

“These are the levers Arsenal are trying to push with Aubameyang.”

While a resolution over Aubameyang’s future may be imminent, Marcotti warned Arsenal may find themselves in an identical situation in 12 months’ time when Alexandre Lacazette approaches the final year of his contract.

The ESPN football expert believes it highlights a flaw in the Gunners’ transfer policy that could come back to bite them, adding: “What I would be concerned about is that Arsenal are going to be in the same situation with Lacazette in a years’ time.

“He’s 29 years old and has one more year on his contract than Aubameyang. When you add in that Arsenal may sign Willian on a three-year deal, that is a lot of money to commit to attacking players who are or will be in their 30s.

“It is a ton of money to lay out. It seems strange to do that when Arsenal have youngsters like Saka, Martinelli and (Eddie) Nketiah, who they presumably want to grow.

“Mikel Arteta is on an upward trajectory, but he needs time, so it makes even less sense to put your resources in older players at this stage. It seems an odd and unusual approach the club are taking, unless they are planning to sell Lacazette, but we don’t know that.”