Undefeated junior middleweight contender Tim Tszyu is only a few weeks away from his anticipated clash with former WBO welterweight champion Jeff Horn.

Their fight is scheduled for August 26 bout in Townsville.

A crowd of 16,000 – all socially distanced – is expected at Queensland Bank Stadium. 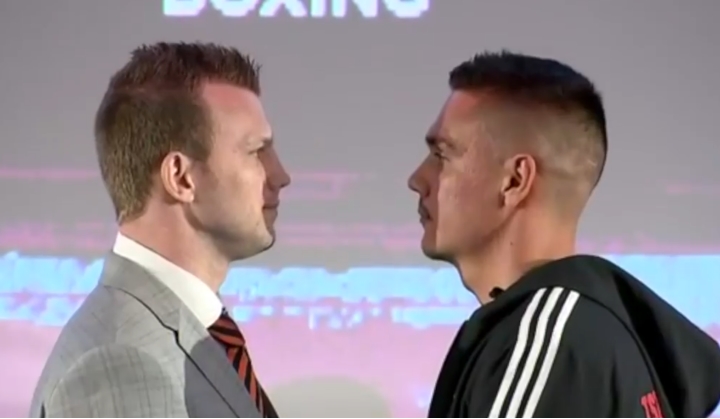 Horn has a clear edge in experience, with fights against world class boxers like Terence Crawford and Manny Pacquiao.

He believes Tszyu is living off the Hall of Fame name of his famous father, Kostya Tszyu.

But the 25-year-old is not impressed with Horn’s record  – and he believes his Australian rival does not have the tools of a world class fighter.

He says Horn’s one-sided loss to Terence Crawford is proof that he doesn’t have the class to stay at the top.

“He’s reached his highs and he doesn’t have the characteristics to stay as a world champion. I mean, look at what Crawford did to him. I don’t think Horn even won two or three seconds of that fight. That just proves the different class. That’s the difference [between me and him]. Once I win a world title, I will stay a champion. I will show the two different classes we’re at right now.

“I’m proud of what my dad achieved. He’s the greatest boxer in Australian and Russian sports history. I do everything that he’s done. There’s a blueprint. If I could do half of what he did, I’m going to be a great in this sport.”