The fate of Ryan Garcia and Luke Campbell will be determined by whomever is willing to spend the most for their services.

An ordered fight between the pair of lightweights is now heading to a purse bid hearing, BoxingScene.com has learned. The two have been in talks for more than a month to challenge for the World Boxing Council (WBC) interim lightweight title, but have been unable to reach a deal by the prescribed deadline.

Mauricio Sulaiman, president of the WBC informed BoxingScene.com that the session has been scheduled for Tuesday, August 11—just one day ahead of the WBC annual convention, which will take place in a virtual capacity in lieu of traveling due to the ongoing coronavirus pandemic.

The purse bid hearing will be open to all WBC-registered promoters. 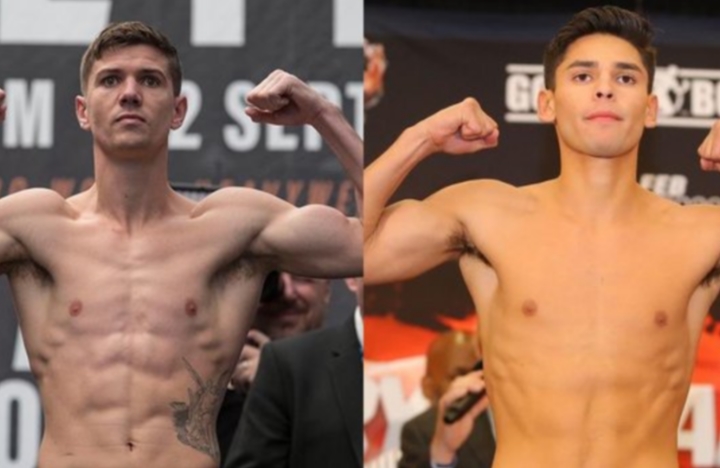 García (20-0, 17KOs) accepted an invitation from the Mexico City-based sanctioning body to enter talks for an interim title fight with England’s Campbell (20-3, 16KOs) on July 1. It came as he was previously entertaining a separately ordered elimination bout with Ghana’s Emmanuel Tagoe (31-1, 15KOs) for the World Boxing Organization (WBO) number-one lightweight contender ranking, passing on the offer to instead clear a path toward challenging for the WBC title.

“Great tournament in the lightweight division,” noted Sulaiman at the time.

The intention was to position the winner for a shot at reigning WBC titlist Devin Haney (24-0, 15KOs).

Matchroom Boxing represents both Campbell and Haney, while García fights under the Golden Boy Promotions banner. All three boxers are part of the DAZN-USA family, though such an alliance didn’t help further along talks for the fight.

García is coming off of consecutive 1st round knockout wins, including a quick hit of former two-time title challenger Francisco Fonseca this past Valentine’s Day in Anaheim, California. The win came three months after blasting out Philippines’ Romero Duno in the opening round of a supporting bout to stablemate Saul ‘Canelo’ Alvarez’s light heavyweight-title winning knockout of Sergey Kovalev last November.

Campbell (20-3, 16KOs)—a 2012 Olympic Gold medalist from Hull, England—has not fought since a 12-round loss to Ukraine’s Vasiliy Lomachenko in their three-belt lightweight title fight last August in London. Among the slew of belts was the then-vacant WBC title, which Lomachenko (14-1, 10KOs) exchanged for the sanctioning body’s “Franchise Champion” tag, leading to Haney’s appointment as WBC champ.

Even with the assigned purse bid hearing, the two sides can still reach a deal prior to the start of the official session, thus avoiding the risk of a rival promoter gaining control of the bout.