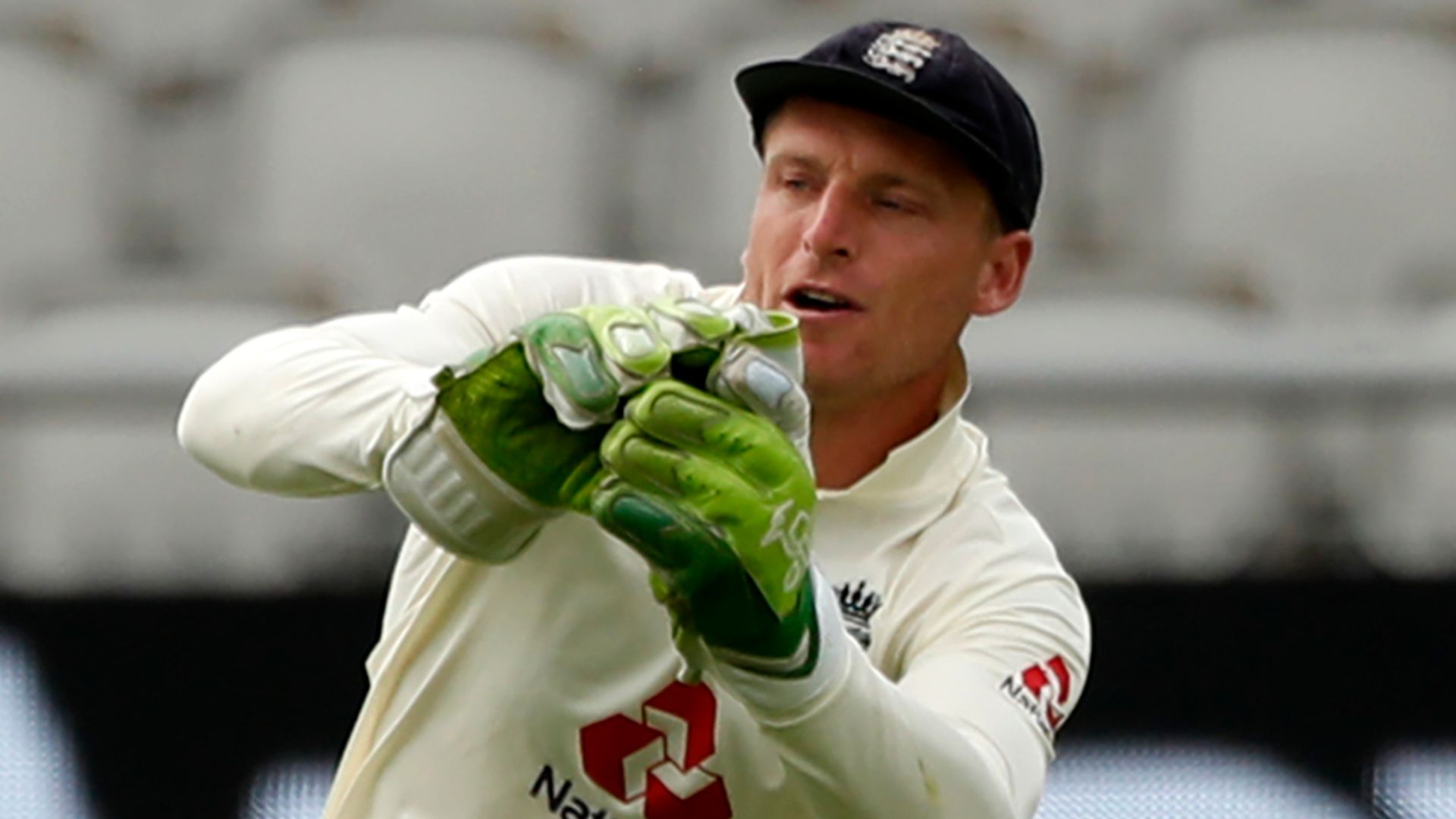 Matt Prior says England must rally round Jos Buttler after the wicketkeeper’s mistakes in the first Test against Pakistan at Emirates Old Trafford.

Buttler dropped two catches and missed a stumping during the tourists’ first innings in Manchester, with two of those incidents coming when eventual Pakistan centurion Shan Masood was on 45.

Former England gloveman Prior told The Cricket Debate that the 29-year-old will be feeling low.

“I watched Jos very closely [in this Test] and he’s in that place, which I unfortunately have experience of myself, where you question your own game.

“A number of times you could see that Jos was looking at his hands, his gloves. I know that suddenly your gloves don’t feel quite right, your posture is not right.

“You question everything rather than looking at what the match situation is and how you can help the bowler or captain or gee the fielders up which, as we know, is such a crucial role for a keeper.

“When you are battling behind the stumps, it is quite literally the worst place to be on the cricket pitch because you know that ball is coming to you.

“It’s not like being a bowler where you can have a bad spell and then park at third man or a batsman who nudges to 20, gets out and goes to sit in the pavilion.

“As a wicketkeeper you are out there for seven hours and the ball will come to you so you have to find a way to not go too internal.”

Alec Stewart, another former England wicketkeeper, agreed that Buttler’s team-mates need to take the pressure off him.

“The other 10 players should understand that Jos is going through a really tough time,” said Surrey’s director of cricket.

“The last thing you want is to be tense, on edge and not wanting the ball to come to you because there is no hiding place for a wicketkeeper. If he has to also be the cheerleader for the team then you are asking too much.

“So someone in that group should go ‘Jos, I will take over for a while and gee the troops up. You concentrate on catching the ball and staying relaxed’.

“That’s what a team is all about – it’s not leaving the bloke out there on his own to do everything when it’s really tough. But Jos needs to make sure his level is of the right standard for Test cricket.”

Stewart also said that should England decide to make a change behind the stumps that Surrey’s Ben Foakes – currently with the side in Manchester as an official reserve – would do an excellent job.

Foakes was once described by Stewart as the best wicketkeeper in the world, while he scored a century on his England debut in Sri Lanka in 2018 and averages 41.50 from his five Tests to date.

“I was accused of Surrey bias when I said Foakes was the best wicketkeeper in the world but I meant it – it wasn’t just a throwaway line. He is an unbelievable keeper and his hand speed is second to none. He is ready to play but has to get into the side.

“I thought he was harshly treated after his winter in Sri Lanka and West Indies as he showed that not only is he a magnificent wicketkeeper but also a very accomplished batsman.

“When he gets the chance, I hope he is given as long a chance as other keepers have been. He has to earn the right to get in – Jos is in possession – but he is a gamechanger with the gloves on.”

Watch day four of the first #raisethebat Test between England and Pakistan live on Sky Sports Cricket from 10.30am on Saturday.