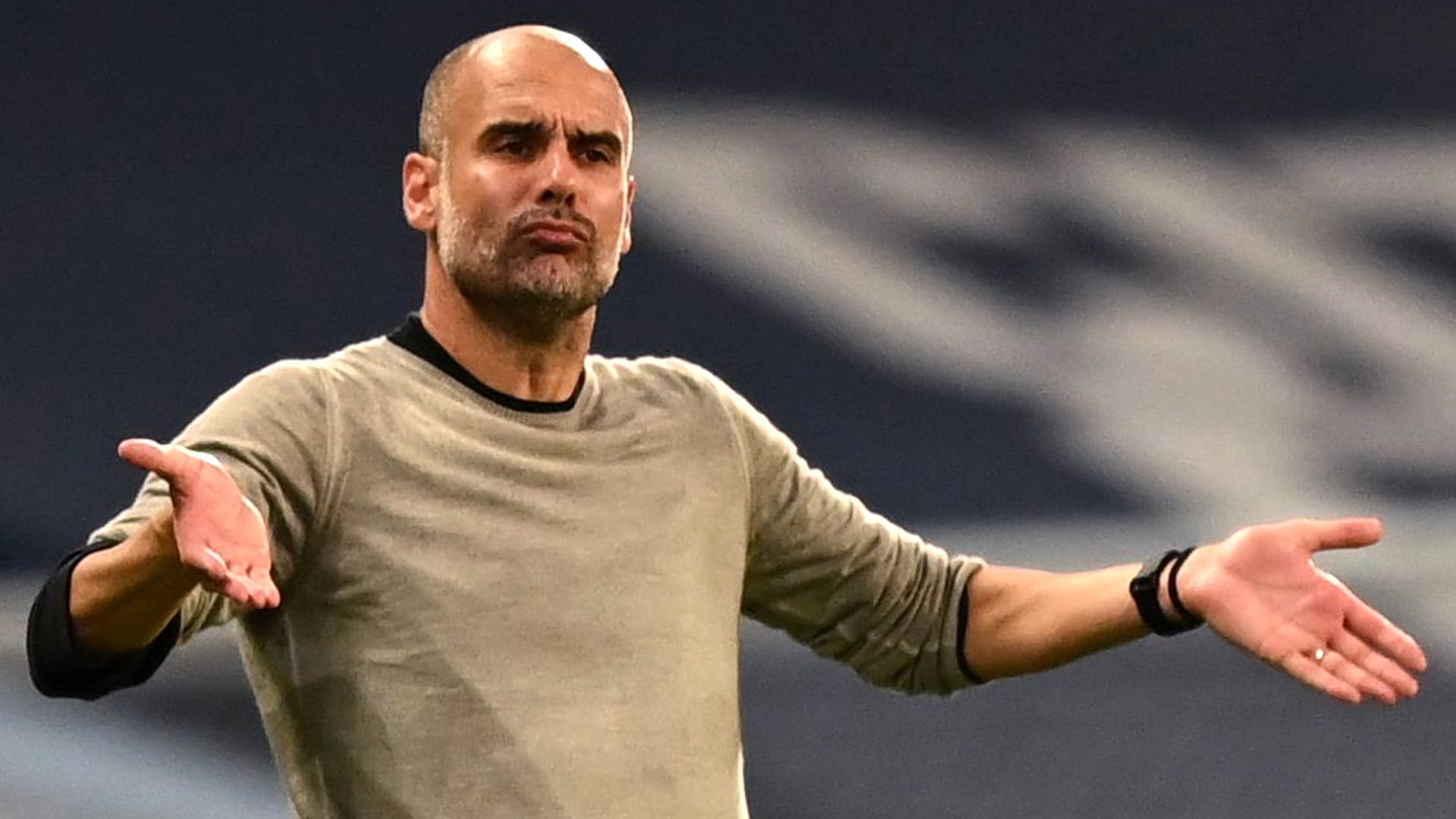 “We are here to try and win the Champions League. It is one step, if we think that is enough we will show how small we are. ”

Pep Guardiola says if Manchester City think beating Real Madrid is enough, it will show how small they are, as they aim for Champions League glory.

Champions League favourites City made the quarter-finals with a 2-1 victory over 13-time winners Real on Friday, going through 4-2 on aggregate, and they’ll face Lyon in a one-legged tie next Saturday in Lisbon.

Guardiola, a two-time winner of the competition as Barcelona manager, is still chasing that elusive Champions League crown with City, and insists winning it is the sole aim.

He told BT Sport: “We are here to try and win the Champions League. It is one step, if we think that is enough we will show how small we are. If you want to win you have to beat the big clubs.

“It is important, we beat [Real] twice. Zinedine Zidane never lost knockout games. You see the calm and personality they play with, they are good.”

On the game, Guardiola added: “We created a lot of chances and scored two goals with mistakes from them. We tried to convince them to go, go and attack but it is not easy against this team.”

He then said in his press conference: “This competition punishes you, we know that from our own experiences. Jesus was the man of the two games for us, he set up the first and scored the second. We more than deserve to be in the next stage.”

Lyon went through against Juventus on away goals following a 2-2 aggregate draw, and Guardiola says his scouts have already told him to be wary of the French side.

“I just spoke with the scouting department (about Lyon) and they told me to be alert. We have eight days to prepare for it. We will enjoy it and then after we will think about Lyon.”

Varane: Defeat is on me

Real defender Raphael Varane, who made two howlers to gift City their goals, told Marca after the game that the defeat lay on his head.

“This defeat is down to me. I have to take responsibility for that.

“We prepared very well, but errors are costly. I’m very sad for my team mates now.”

Despite winning La Liga this season, Real boss Zinedine Zidane still had to field questions about his future at the Bernabeu after the game.

“I am the Real Madrid manager until something happens out of the ordinary. You don’t need to ask any more question about my future. We will all have a rest and come back again next season.

“We cant be happy obviously, we have lost the game and we are out. But we are proud of what we achieved this season, this is football. We lost to a good team and have to accept it. We had our chances to score.

“95 per cent of what we achieved this season has been excellent. We have to accept this.We need to be very proud of what we have achieved.”

The quarter-final takes place on Saturday August 15 at Estadio Jose Alvalade in Lisbon, before a potential semi-final on Wednesday August 19.