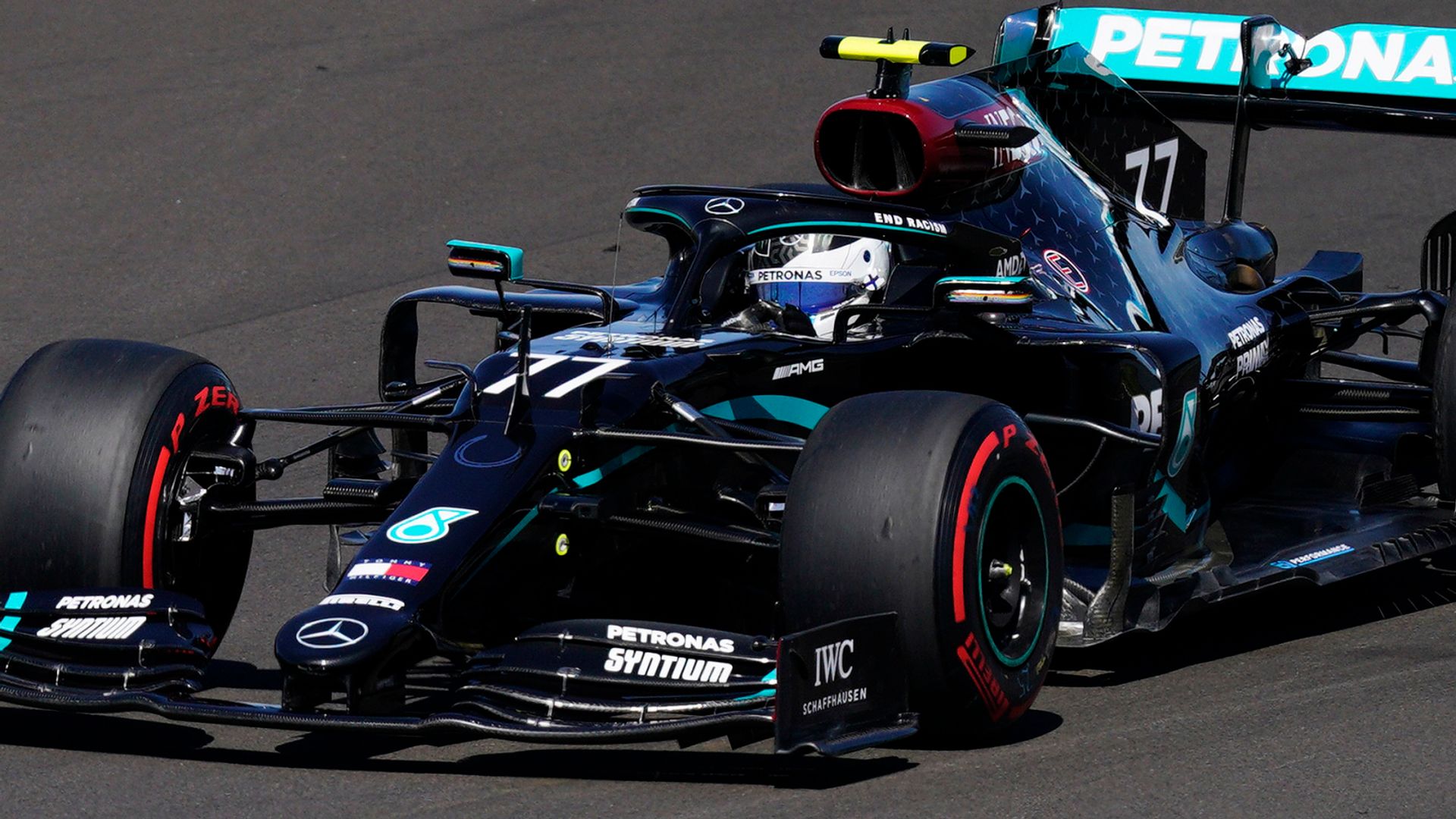 Mercedes re-established their dominance at Silverstone in first practice for the 70th Anniversary GP as Valtteri Bottas led a one-two ahead of Lewis Hamilton, while stand-in Nico Hulkenberg shone for Racing Point.

Bottas, who cruelly lost points and title ground with his tyre puncture last Sunday, set the pace in P1 – a tenth of a second ahead of championship leader Hamilton in the glorious UK sunshine.

And more than seven-tenths faster than Max Verstappen, the Red Bull driver who has been the Silver Arrows’ only real threat during their winning start to F1 2020.

Remarkably, Hulkenberg was only just behind Verstappen in fourth as the German – replacing Perez again this weekend, – impressively kicked off the debut 70th Anniversary GP ahead of temporary Racing Point team-mate Lance Stroll.

The title for the second leg of the maiden Silverstone back-to-back is inspired by the first-ever F1 world championship race, at the famous circuit back in May 1950.