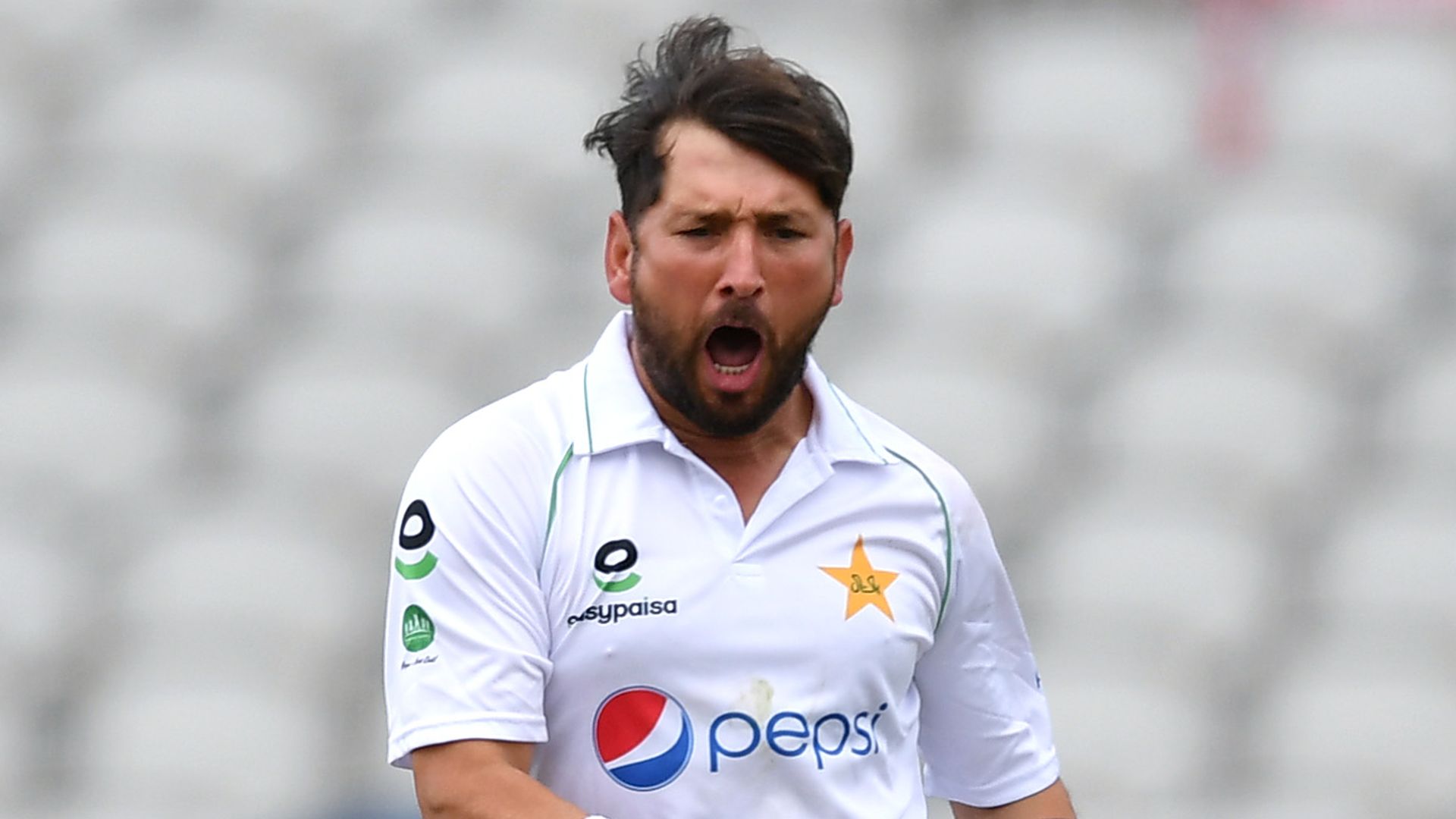 “Yasir and Shadab understand the pitch and what pace you need to bowl on it, what fields you need to have to different batsmen. I think they are feeling confident”

Pakistan spin-bowling coach Mushtaq Ahmed says the side’s attack could be “lethal” as they chase victory over England in the first Test in Manchester.

The tourists suffered a batting collapse late on day three but still lead by 244 with two second-innings wickets in hand meaning England will require at least the second-highest successful run chase in a Manchester Test.

“If we can get another 20 to 30 runs that will be a very good score on that pitch – if we set a good target, [our bowlers] can be lethal out there,” said Mushtaq, who played 52 Test for Pakistan, taking 185 wickets.

Yasir picked up four wickets in England’s first innings, while Shadab chipped in with two and both will be encouraged by the pitch still showing sharp signs of spin.

Mushtaq added: “Yasir and Shadab have hardly played cricket for the last five or six months, but the way they bowled in the first innings I think they’ve got the momentum now.

“They understand the pitch and what pace you need to bowl on it, what fields you need to have to different batsmen. I think they are feeling confident in their bowling now. We are very confident.”

Former Pakistan international batsman Bazid Khan said on The Cricket Debate: “Looking around social media, everybody is waiting for the moment it all collapses and Pakistan throw this away.

“But I feel quietly confident because of the fact the bowling was so good in the first innings and the spinners came to the party. I think 250, 270 they will be very happy with.

“It will take a phenomenal effort and a superman innings from a major England player to take them over the line – for Joe Root, Ben Stokes or Joe Buttler to really stand up. I don’t think Pakistan should lose. They hold all the aces.”

Former England wicketkeeper Matt Prior, who joined Bazid on The Cricket Debate, added: “In a fourth-innings run chase, anything over 250 you start to worry.

“The players will say they can chase anything but the wicket is deteriorating – it is taking more spin and reverse swing will come into play.”

Watch day four of the first #raisethebat Test between England and Pakistan live on Sky Sports Cricket from 10.30am on Saturday.