Jorge Linares’ quest for a second lightweight title run has once again encountered a roadblock.

Plans for the former three-division titlist’s scheduled clash with Javier Fortuna are currently in a holding pattern after it was learned that Linares tested positive for COVID-19. Their bout is currently slated to take place August 28, live on DAZN-USA from Fantasy Springs Resort Casino in Indio, California.

The development was first reported by Asian Boxing’s Takahiro Onaga. 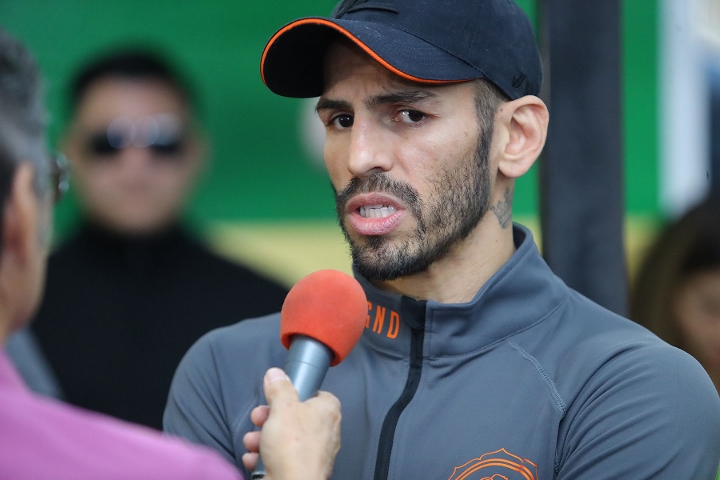 A statement from Teiken Promotions—Linares’ Tokyo-based co-promoter along with Golden Boy Promotions—revealed that Linares was asymptomatic and suggest there remains hope of the test serving as a false positive.

“Jorge Linares—who was scheduled for his next fight in Indio, California, USA, tested positive for the new coronavirus,” Teiken noted in an official statement.

“We found out (the results) after a pre-fight test was conducted, while (Linares) continued to make good progress (in the gym). He is healthy and unaware of any symptoms such as fever, (or loss of) taste and smell.”

As a result of the test, Linares (47-5, 29KOs) is required to self-quarantine for 10 days. The multilingual boxer from Venezuela currently lives and trains in Tokyo where he will remain until at least August 17.

The time difference between Japan and the United States—particularly on the West Coast, with Golden Boy Promotions based in Los Angeles—disallowed for confirmation as to whether the August 28 main event will proceed as planned. Representatives from Golden Boy and DAZN were still gathering information, with neither party in position to offer official comment to BoxingScene.com as this goes to publish.

The ongoing coronavirus pandemic ruined plans for Dominican Republic’s Fortuna to face England’s Luke Campbell (20-3, 16KOs) on April 17 in Oxon Hill, Maryland. The bout was to have been contested for the WBC lightweight title at stake, only for the event to get shut down along with every other show on the spring schedule.

Efforts to reschedule proved problematic when the belt’s original claimant—Las Vegas’ Devin Haney (24-0, 15KOs)—was reinstated via email notification, with the WBC calling for a Fortuna-Campbell pairing to come with its interim title at stake. Campbell is now in talks to face Ryan Garcia (20-0, 17KOs) for that very strap, leaving Linares—who once eyed a showdown of his own with Garcia—and Fortuna to turn to one another for their next respective paydays.

For the moment, it remains wait-and-see though at the very least forcing event handlers to at least explore a contingency plan should Linares not gain clearance to fight.

Meanwhile, the news hits much closer to home for Teiken Gym, which will have to shut down due to public safety measures.