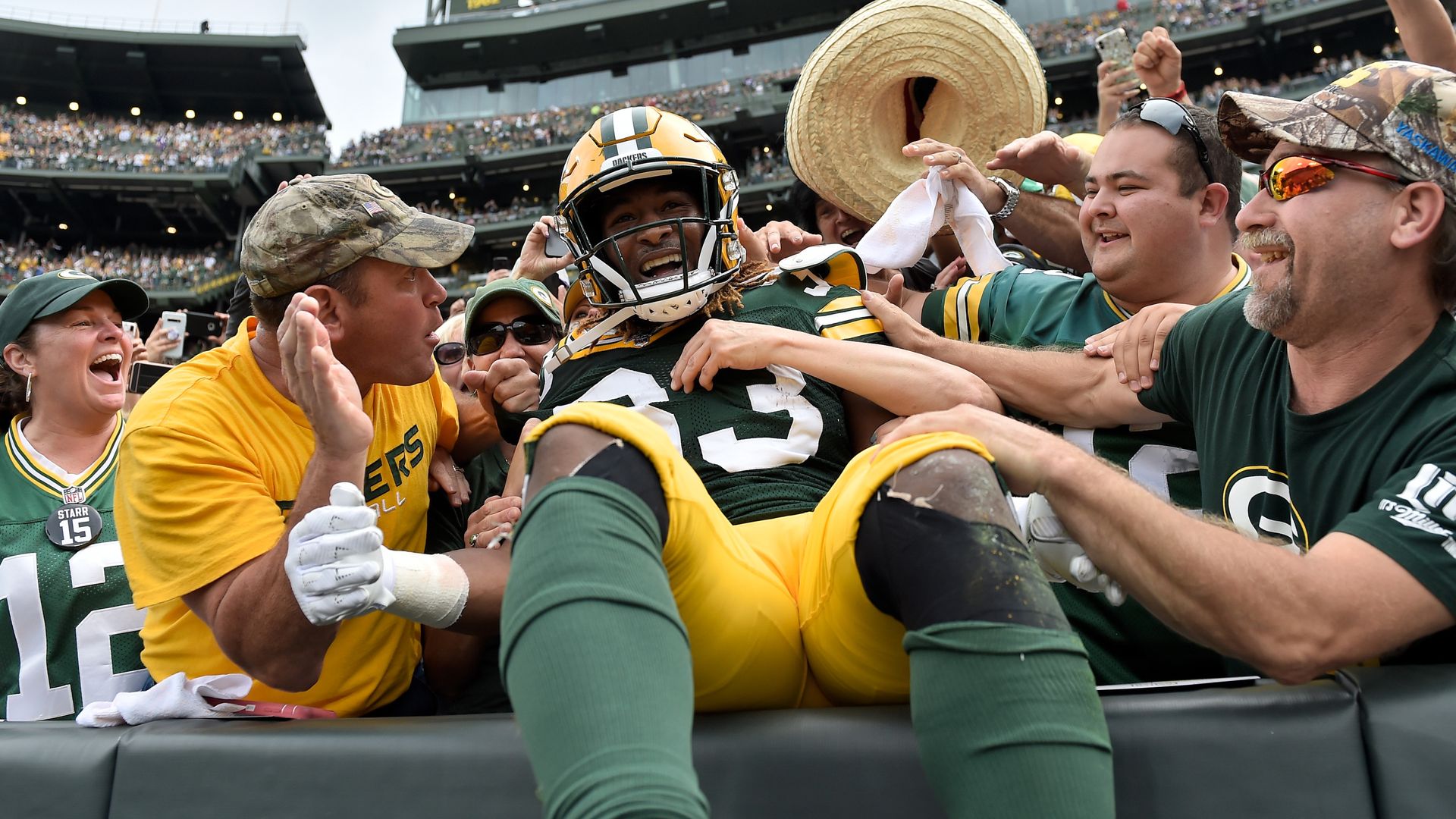 One of the oldest NFL stadiums will be empty for the first two regular-season games this year.

The Green Bay Packers announced on Thursday that the gates to Lambeau Field will be closed for home games against the Detroit Lions on September 20 and the Atlanta Falcons on October 5.

The move was made in response to the coronavirus pandemic, with the team stating that the move will “allow the organisation to implement all the protocols that are in place.”

The Packers hope to have Lambeau Field full again for their November 1 home game against the Minnesota Vikings.

“Lambeau Field will not be the same without our fans’ energetic support in the stands,” Packers president/CEO Mark Murphy said in a statement.

“Given the extraordinary circumstances this year and the additional protocols in place, though, we determined it was best to take incremental steps to start the regular season.

“These two games will allow us to focus our attention on safely conducting games inside the stadium with all necessary participants.

“We are hopeful that we will be able to host fans for games later in the season, should conditions allow. We will continue to consult with community healthcare and public health officials on the pandemic conditions in our area.

“We ask our fans to continue to help by wearing masks and maintaining social distancing guidelines.”

Even if fans are allowed at Packers game later this season, the team already has announced that it will reduce capacity to facilitate social distancing while also requiring fans to wear facemasks and use mobile tickets.

The NFL had previously canceled all preseason games, costing Green Bay home dates against the Arizona Cardinals on August 15 and the Cleveland Browns on August 22.

The Packers have played at Lambeau Field since it opened in 1957. The only older current NFL venue is Chicago’s Soldier Field, which opened in 1924, but the Bears’ home stadium underwent a massive renovation that was completed in 2003.