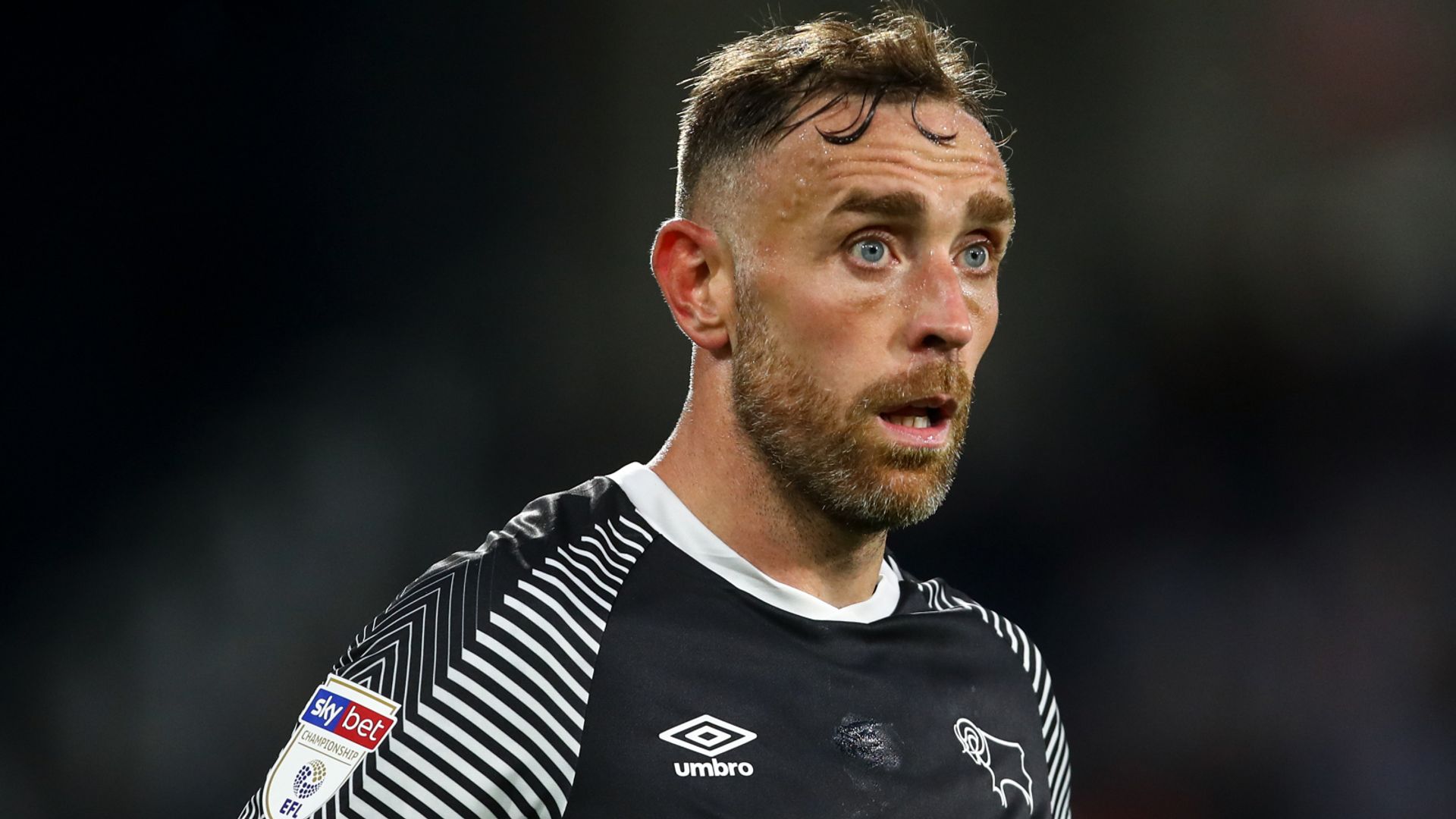 Dons boss says capture of experienced Republic of Ireland international, whose deal at Derby was terminated last year, is “massive signing” for League One club

Republic of Ireland defender Richard Keogh has returned to football for the first time since his sacking by Derby after signing for MK Dons.

The 33-year-old had his Rams contract terminated in October having been involved in a car crash which resulted in former team-mates Tom Lawrence and Mason Bennett being convicted of drink-driving.

Centre-back Keogh suffered a serious knee injury during the incident and was dismissed for gross misconduct.

He is “hungry” to get his career back on track with Russell Martin’s League One side.

“I’m delighted to be here. Once I spoke to Russ and saw the vision and playing style he has, it just felt like the right fit for me,” he told the club website.

“I can’t be more excited, it’s a fantastic set-up here and I really believe in what Russ is trying to build here – I think it’s going to be a perfect fit for me.

“I’ve missed a lot of football and you’re getting someone who is going to be excited and hungry to play and push this team forward.”

Details of his contract have not been revealed by the club.

Dons boss Martin said: “He probably turned down more lucrative offers to play here and, for me, it’s a massive signing and it’s a statement from him to say he wants to be part of it.

“He’s been my number one target in that position for a long time.”