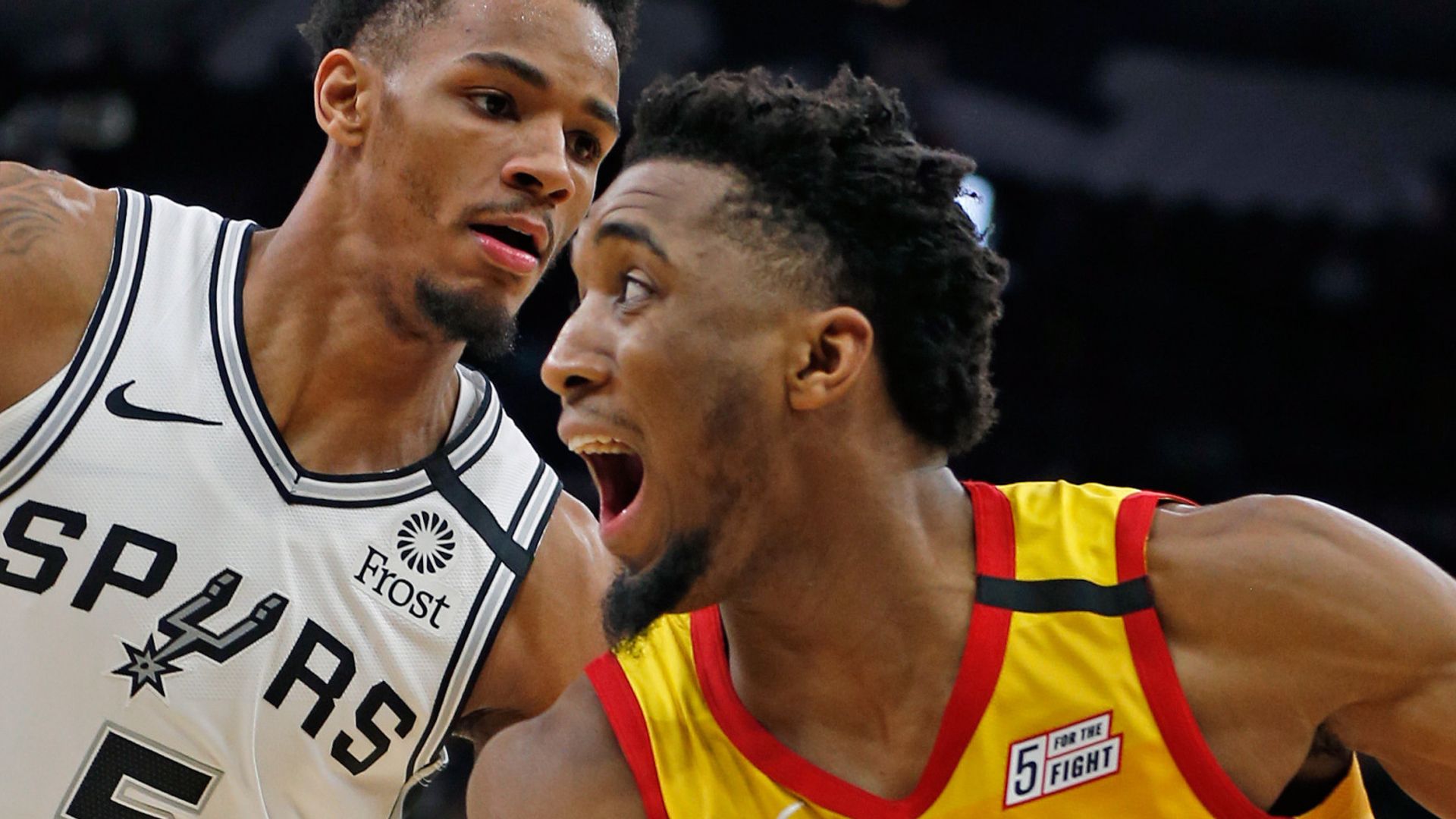 The Utah Jazz seek to dent the San Antonio Spurs’ playoff push when the two teams meet on Friday, live on Sky Sports.

The midway juncture of the NBA’s regular-season-ending seeding action finds the Jazz and Spurs in slightly better positions than when the eight-game restart began last week.

How the teams play against each other in two games – the first of which will be contested on Friday, live on Sky Sports, at the HP Field House near Orlando – will determine where, and in the Spurs’ case if – they will end up when the playoffs begin.

The Jazz and Spurs also will play on August 13 to wrap up their respective seeding-game schedules.

Utah (43-25) are in a three-way fight with the Houston Rockets and Oklahoma City Thunder for fourth place in the Western Conference. They are 2-2 in their seeding games so far.

They are coming off a 124-115 win over the Memphis Grizzlies on Wednesday night in which Joe Ingles scored 25 points while Mike Conley hit for 23 and Rudy Gobert added 21 points and 16 rebounds. Donovan Mitchell chipped in 18 points as the Jazz used a 14-3 run, culminating in back-to-back three-pointers from Ingles, to take a 116-105 lead with 2:51 remaining and close out the win.

“We were the highest percentage catch-and-shoot team in the league for 60 games,” Utah coach Quin Snyder said. “I don’t think our guys have forgotten that. They just need to take them and keep taking them.”

Ingles went 6-of-11 on three-pointers in the win over Memphis after taking only 11 threes combined in Utah’s first three games of the restart.

“Everyone has probably passed up a bit (on our three-point opportunities) and not been as aggressive, probably not taking advantage of some opportunities,” Ingles told The Deseret News. “Obviously picking my spots and my time was key, finding when I can be aggressive.

“The more confidence we have in each other, the more we’ll keep doing that.”

The Spurs (29-38), who have lost two straight games, sit in 11th place in the West, two games behind the slumping Memphis Grizzlies in eighth.

San Antonio head into Friday’s game on the heels of a 132-126 loss to Denver on Wednesday night.

Rudy Gay paced San Antonio with 24 points off the bench in the defeat. Derrick White added 23, Keldon Johnson scored 20 points, DeMar DeRozan poured in 18 and Patty Mills and Drew Eubanks scored 14 and 12 points respectively for the Spurs, who are also 2-2 in the restart.

The Spurs bench scored a season-high 70 points in the loss.

“We have lost the past two games but the whole team has come a long way,” Mills said. “The mindset of this team is good as is the growth of the young guys who are learning on the fly. There is a lot to play for, too, but their development is important.

“Our whole approach is about the young guys, about playing meaningful games. You always want to win, but we understand where we are going with our future. It’s a process.”

San Antonio must climb over Phoenix (10th) and Portland (ninth) into ninth place and stay within four games of eighth-placed Memphis in the standings to secure a spot in a play-in tournament for a chance to participate in the postseason for an NBA-record 23rd straight year.