Jamal James is almost as anxious for David Morrell Jr.’s fight as James is for his own interim championship match later Saturday night.

James trains alongside the emerging Morrell every day in Minneapolis and has become close to the talented Cuban southpaw. Morrell moved to James’ hometown once he obtained a P1 visa to enter the United States last summer and began working with James’ trainers – Sankara Frazier, James’ father, and Adonis Frazier, James’ brother.

The 22-year-old Morrell (2-0, 2 KOs) is scheduled box Brooklyn’s Lennox Allen (22-0-1, 14 KOs) in a 12-round fight for the WBA interim super middleweight title at Microsoft Theater in Los Angeles. FOX will televise the Allen-Morrell match as part of a tripleheader that’ll feature James (26-1, 12 KOs) in the main event versus Thomas Dulorme (25-3-1, 16 KOs), another 12-round fight for the WBA interim welterweight title. 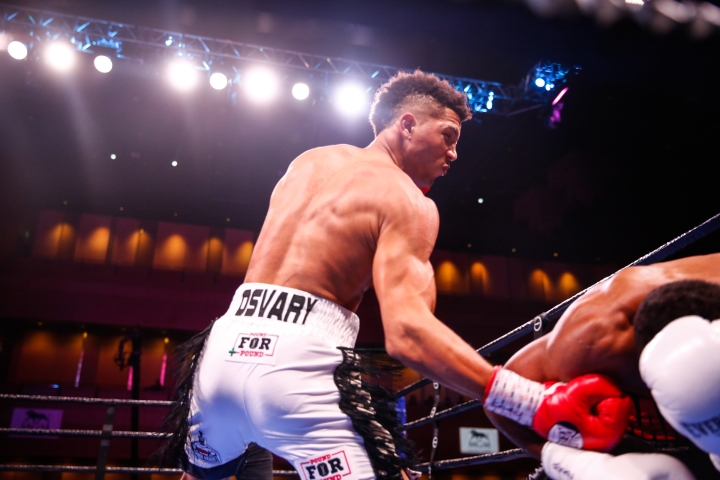 James is completely confident that Morrell will prove his readiness for more experienced opponents by beating Allen, who is ranked first by the WBA at 168 pounds.

“He’s a phenomenal athlete,” James said during a conference call Thursday. “He’s a phenomenal fighter, man. You know, he came here, he’s already been, you know, blessed with a tremendous amount of skill and ability. I think he’s gonna make some serious noise in his weight class. He trains extremely hard, always has, you know, a lot of energy and a positive outlook on things.

“And he could hit, man. Cat hits like a sledgehammer, throws nice combinations, has extremely quick reflexes, man. He’s gonna go far. He’s definitely about to get this belt. And I just can’t wait to get in here, so we can show our skills off and we can both return with these titles, you know?”

Morrell posted an extremely impressive 135-2 record as an amateur and won various international tournaments. He has beaten a low level of opposition in his two professional fights – Yendris Rodriguez (2-7-1, 2 KOs) and Quinton Rankin (15-7-2, 12 KOs) – but Morrell’s ambition is among the things that sets him apart in James’ mind.

“He’s hungry, man,” James said. “I can see it when he trains. He’s extremely hungry, you know? He’s coming out of Cuba, man, them cats is fighting all the time. You know, they don’t get opportunities to turn pro, so their amateur careers is almost like pro careers somewhat. You know what I mean? Obviously, they’re not doing the rounds. It’s slightly different being amateur from pro, but coming out of Cuba, you know, these cats is fighting hard. And he was a top athlete out there. He was winning a lot of international competitions.