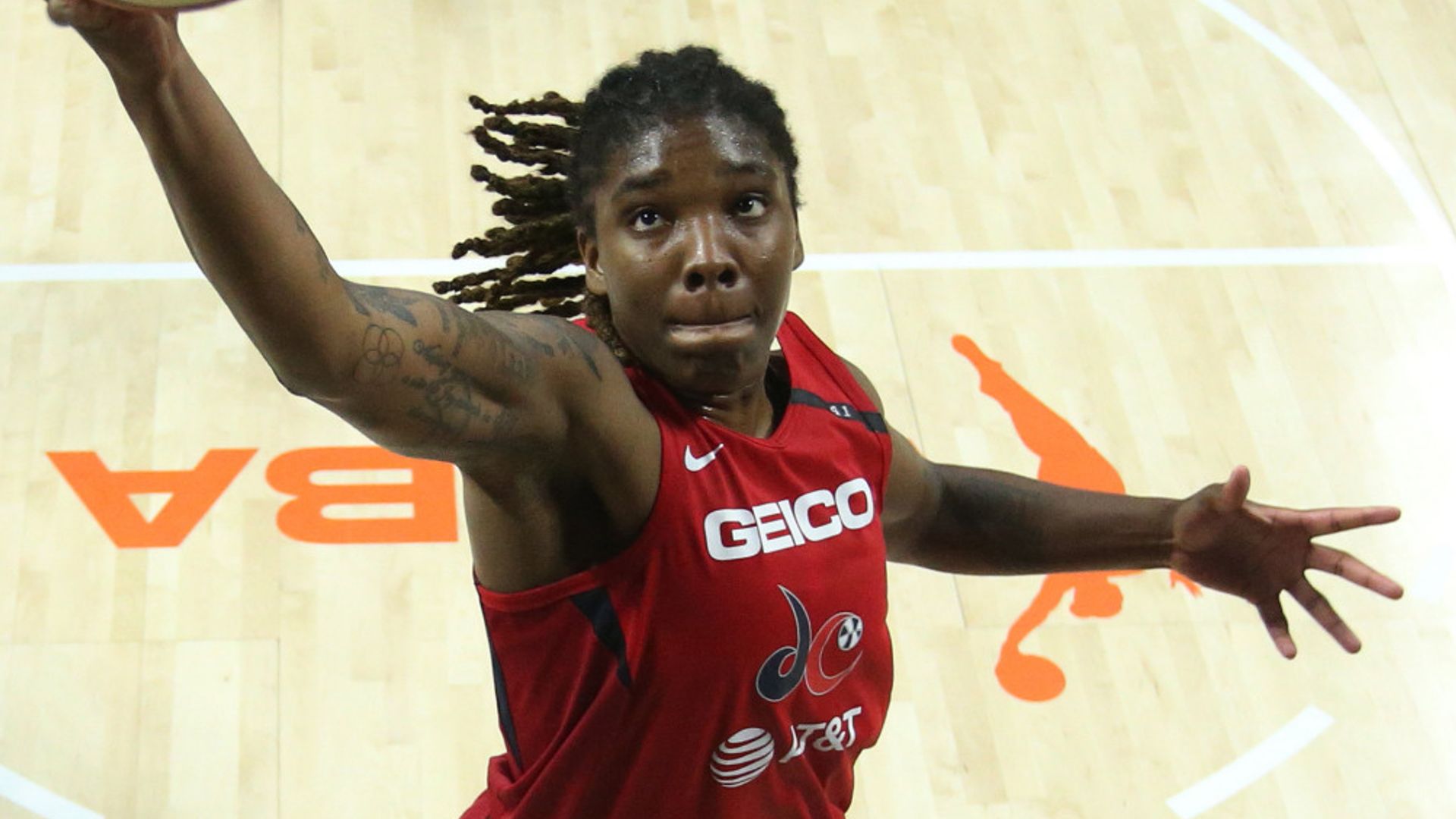 Despite their roster missing half a dozen players, defending WNBA champions the Washington Mystics have made a strong start to the 2020 season. Huw Hopkins examines how they have done so.

You could forgive the Washington Mystics for phoning it in this season, or at least using it as a development year. They are the defending WNBA champions and have the reigning MVP on the roster, but Elena Delle Donne is sitting out this season due to health concerns, and as such, few expected the team to compete for back-to-back titles.

The Mystics are also missing some key members of the rotation: Natasha Cloud and LaToya Sanders, Kristi Toliver and Shatori Walker-Kimbrough. The latter left as part of a draft-night trade that saw the Mystics receive New York Liberty’s scoring big Tina Charles – another casualty of health complications who didn’t make it to Bradenton, Florida, to play this season.

That’s six players that could have been on the roster, plus Kim Mestdagh if you include her one minute of playing time in the Finals. Without them, the Mystics should be winless, right?

Not so fast. Washington are currently battling for a spot among the top tier of the WNBA. They have big wins against the Seattle Storm and the Indiana Fever. They also beat the Connecticut Sun despite 57 points from DeWanna Bonner and Alyssa Thomas.

The Mystics had a shot to beat the Chicago Sky at the buzzer were it not for an errant pass. They also played a great game against another the Las Vegas Aces, another top tier squad.

With such a gutted roster compared to their championship-winning squad from last season, how are the Mystics doing it?

While Delle Donne won the MVP award for the second time in her career last season, it was Emma Meesseman who won the Finals MVP.

When the Mystics lost in the 2018 Finals, Meesseman wasn’t there, which is why head coach Mike Thibault was so excited to get her back at the start of 2019. He said: “I think she is fully matured now. When we first got her she was 19 years old but now she is a leader – and we got her. She is understanding more of the game, she is stronger. Great to have her come back to the team.”

The Belgian big is a great team-mate and a versatile talent. Her 19 points, five rebounds and two assists in the playoffs gave Delle Donne someone to lean on as she battled her own knee and back issues. Meesseman also shot better than 50 per cent from three-point range and emerged as the best communicator on defense – no mean feat for someone who is partially deaf.

That same summer, she put Belgium in a position to earn the country’s first Olympics appearance at EuroBasket. While former WNBA champion Ann Wauters built the national programme, and the current Indiana Fever guard Julie Allemand is arguably the star, the reason we will see Belgium playing basketball at the next Olympics is Meesseman.

Her numbers this season might not suggest it, but the all-round capabilities of her 11-point, six-rebound, five-assist and nearly two-steal stat line make her the quiet leader of the Mystics. On almost every halfcourt possession, the ball will go through her hands. Her post-ups are dangerous, and she is one of the best passing bigs in the league, and when she isn’t operating in the low or mid-post, she is setting tough screens and helping others get open.

Washington leading scorer so far is Myisha Hines-Allen. She did not start a single game last year, averaging a meagre seven minutes and two points per game off the bench. In 2020, her 18.3 points, nine rebounds, nearly three assists and two steals has made up for the loss of Delle Donne.

Aerial Powers and Aerial Atkins have increased their scoring outputs by nine and 10 points, respectively. Atkins has always been a dependable pest on defense, but that was primarily Shatori Walker-Kimbrough’s job last season, and Powers has picked up where Natasha Cloud left off – as the feisty, confident heart of the team.

While Leilani Mitchell doesn’t have the star quality that Kristi Toliver has offered two championship teams, she does have a similar swagger. Alongside Essence Carson’s cool, smart defensive instincts and the young, unbridled creativity of Shey Peddy, the backcourt of this year’s Mystics have a little magic, even without their best players available.

Thibault has the trust of his players

A big reason for the successful development of Meesseman and last year’s role players stepping up has been great coaching.

Mike Thibault’s professional journey began as an NBA-championship-winning assistant coach with the Los Angeles Lakers and then as the director of scouting with the Chicago Bulls front office that drafted Michael Jordan.

Thibault knows winning and can identify talent, and proved he can do it in charge of a team when the Connecticut Sun made back-to-back Finals appearances. But when he took over the Mystics in 2013, ownership gave him the freedom to draft a Belgian teenager (Meesseman) and build from the ground up.

His success has attracted great talent to Washington, including the 2015 MVP. Elena Delle Donne joined the Mystics in 2017 after being traded from the Chicago Sky for Stef Dolson, Kahleah Copper and a draft pick.

Ahead of winning her second MVP before last season began, Delle Donne said: Mike is a great GM. He knows the pieces we need and we stay in touch about our next steps. He will make the right moves to improve.

Up and down the roster, Thibault has the trust of his players. He has more wins than any coach in WNBA history and finally broke through to win his first championship last year. He is using all that experience to motivate and manage the team to contend once again.

And even if they don’t have the talent to win it all, the Mystics are not rolling over for anyone.