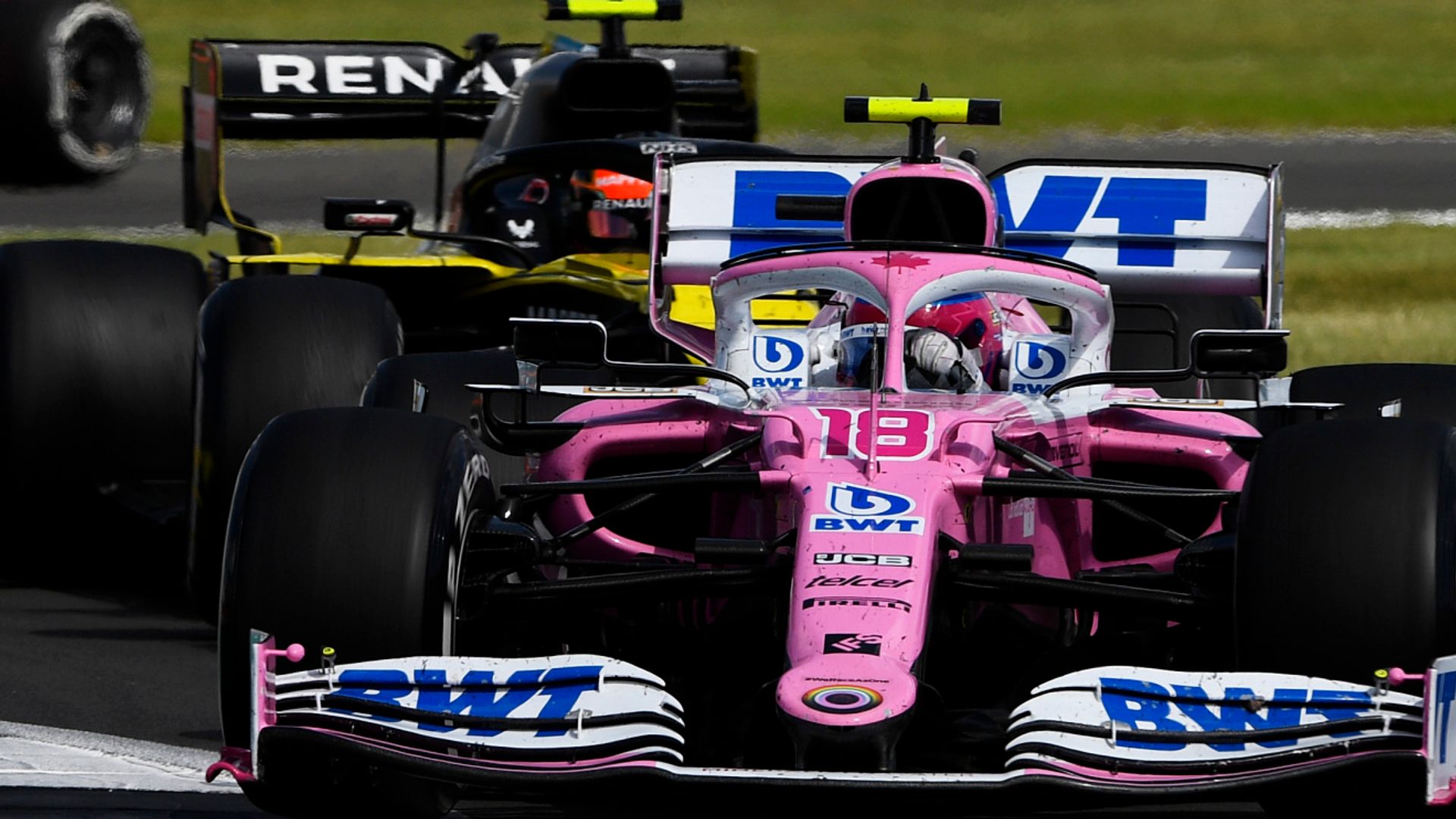 “We need to send a very strong signal that this type of information cannot be passed,” say Renault while McLaren slam “BS” sanction

Racing Point’s rivals have voiced their displeasure about the scale of the penalty the team received for violating Formula 1 regulations – with Renault admitting they might appeal the sanction.

On a news-heavy Friday morning ahead of the 70th Anniversary GP, Racing Point were docked 15 F1 constructors’ championship points and fined €400,000 (£361,000) after FIA stewards ruled they had illegally used Mercedes information in the design of their rear brake ducts.

But the RP20 car only contravened sporting regulations, not technical, so the team are permitted to run it in the same specification from this weekend at Silverstone onwards without facing a further penalty.

That has left a number of teams unhappy – including Renault, who despite winning the appeal they submitted following the first race of the 2020 season, have questioned the extent of the sanction.

“There is clearly two elements,” team boss Cyril Abiteboul told Sky F1. “On one side there is confirmation that Racing Point was in breach of the sporting regulation. It’s a sporting regulation matter but it’s very much a technical element.

“We need to send a very strong signal that this type of information cannot be passed.”

Abiteboul also confirmed that the team are looking at “whether or not we will appeal the sanction, not the decision”. The team have a 24-hour window in which to lodge a notice of intent to appeal.

“We focused on one element because we know that there was something wrong with that, the brake ducts,” Abiteboul added. “But also to draw the attention about the concept of copying.”

McLaren boss Zak Brown also hit out at Racing Point, calling their claim that they only used photographs to copy Mercedes’ 2019 car “BS”.

He added to Sky F1 that the FIA’s ruling, and the fact Racing Point can continue to race their car, was “very confusing”.

“I think it’s unfortunate for the fans, it’s very confusing that the same car that was illegal and docked points and fined in Austria, is allowed to race on Sunday. The difference between the sporting and technical regulations is [also] confusing.

“I think it’s the tip of the iceberg and it needs to be looked at much more closely since there were some statements made that have turned out to be not accurate. What else can you believe?”

Red Bull’s Christian Horner echoed a similar statement that it was “much bigger” than just Racing Point’s sanction.

“We need to analyse the implications because it’s a much bigger picture than just a brake duct,” the team principal stated. “It’s about can you copy and recreate a car? And of course, if you can, then that opens up the path. Why wouldn’t we do that with AlphaTauri going into next year?

“So it’s a much bigger question and we need to understand very clearly whether it’s allowed or not allowed.

“We have got the ruling now, it needs several lawyers to understand it, and I’ll get that summary. We are obviously following it with a lot of interest. It’s a fundamental question for Formula 1 – which way do we want to go?”

The view from Racing Point & Mercedes

Racing Point have been adamant throughout the process that they have followed F1 rules, and insisted on Friday that they are unhappy with the verdict and are considering an appeal themselves.

Otmar Szafnauer said he was happy the car had been found “completely legal from a technical perspective” while also calling the punishment “bewildering”.

Mercedes’ Toto Wolff, meanwhile, urged Racing Point’s rivals to “get on with their job and put a proper car on the track” rather than prolong the off-track drama.

“Legally, it’s totally clear-cut,” said the Mercedes boss. “What I think should prevail is common sense. Both parties are thinking to appeal, one because they were found guilty although they think they are not guilty, the other party feels the sanction is not right. So, again, I hope that everybody stays cool and calm.

“I think the competitors should just get on with their job and put a proper car on the track.

“The brake ducts are not the reason that this team have suddenly become competitive. It’s a sideshow. If somebody is not happy then launch a protest, and drag it to the ICA, but I don’t think that this will be successful.

“I think it’s just maybe they should have more humbleness in recognising that somebody has done a good job.”

Henry Ochieng: Championship side Watford confirm signing of Kenya U23 midfielder on loan