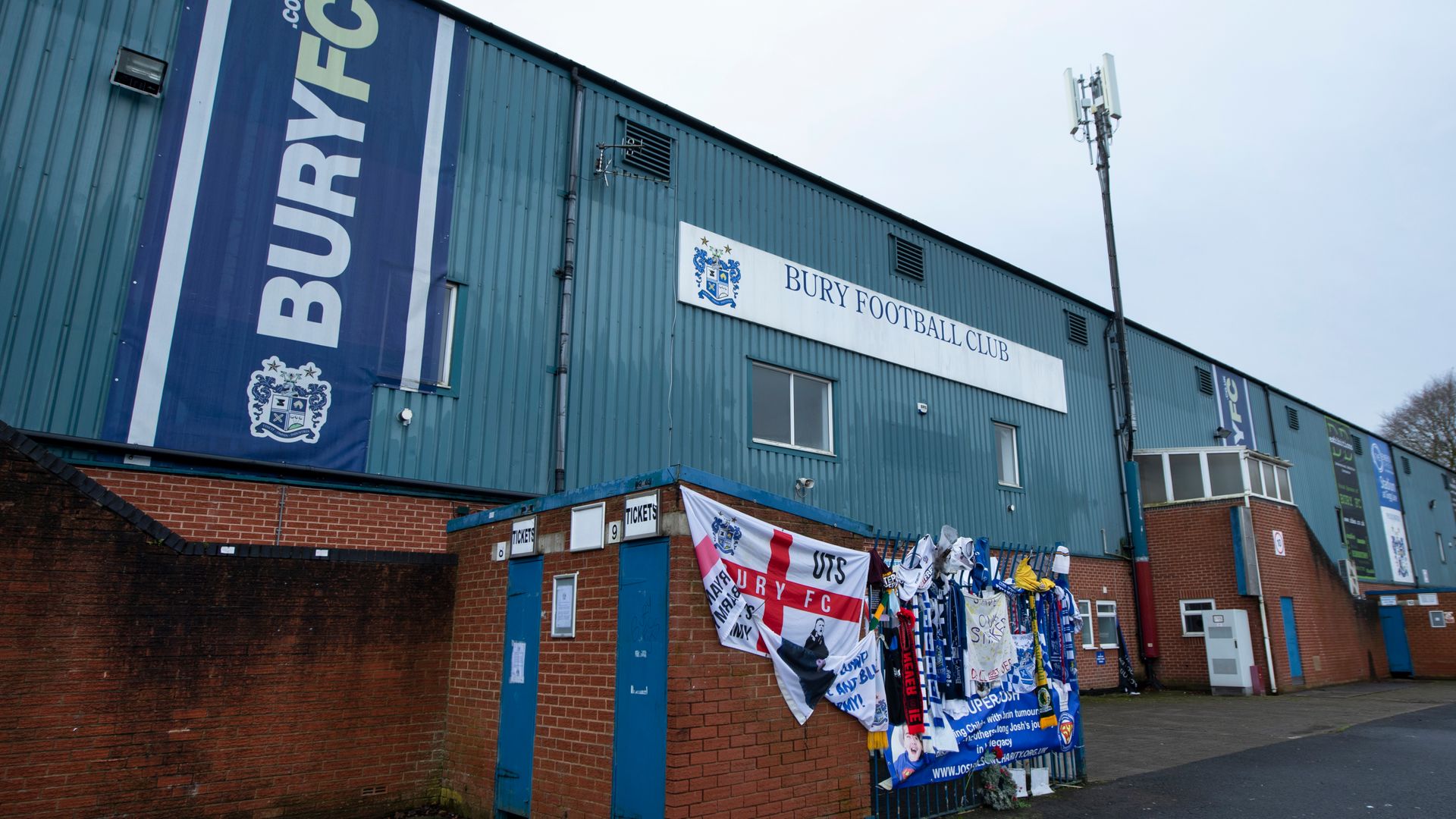 Bury have been denied the chance to rejoin the non-league pyramid for the upcoming season, the Football Association has announced.

The Shakers were evicted from the English Football League after the start of last season due to financial insolvency, leaving League One with only 23 clubs.

A phoenix club, Bury AFC, were last month accepted into the North-West Counties League Division One North while the original Bury FC, a Football League member since 1894, had applied to rejoin the National League system.

An FA statement read: “The FA can confirm that Bury FC’s application to join the National League System [NLS] for the 2020-21 season has not been accepted.

“The Alliance Leagues Committee’s decision not to accept the application was based on several different factors, including in relation to the club’s financial resources, ownership and insolvency status.”

The FA left the door open for the club to rejoin in the future if their financial issues are addressed, acknowledging their “history and standing”, and added: “The Alliance Leagues Committee would welcome an application from the club to join the NLS for the 2021-22 season.”