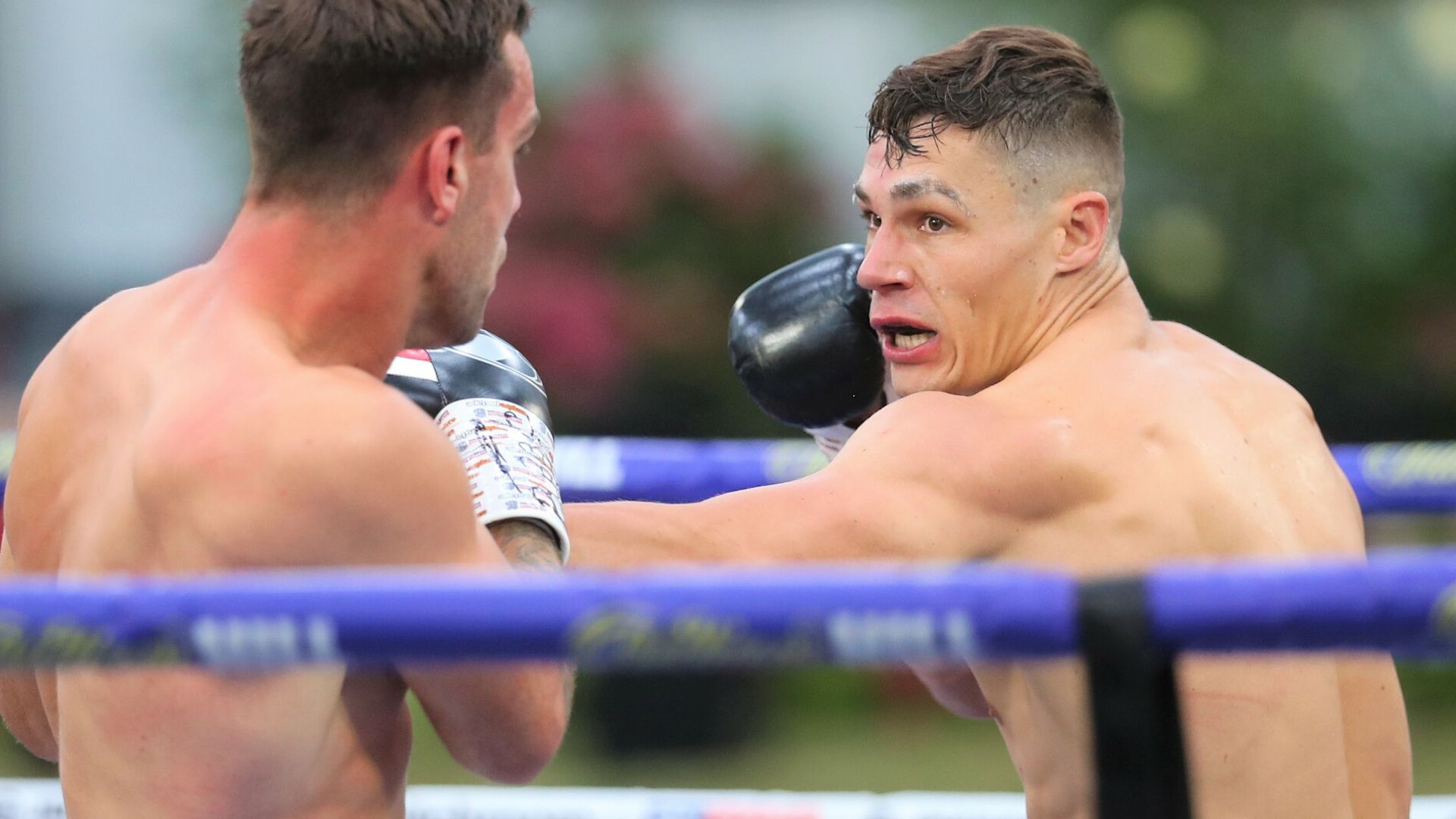 Chris Billam-Smith blasted aside Nathan Thorley to defend his Commonwealth belt – and called for a European title clash with Tommy McCarthy.

The 30-year-old cruiserweight utilised his superior size and power as he stopped Thorley inside two rounds at ‘Fight Camp’, and hopes to receive a showdown with McCarthy, who is targeting the vacant European belt.

Billam-Smith swiftly backed up Thorley in the opening round, feinting cleverly before delivering hurtful punches, and a left hook forced the Welshman to take a knee.

Sensing an early finish, Billam-Smith resumed his ruthless assault in the second round and clubbing punches again Floored Thorley, who briefly fired back defiantly, before a crunching counter punch prompted the referee to wave it off.

The 20-year-old featherweight neutralised the early aggression of Phillips to seal a 60-54 verdict.