Anthony Fowler handed a painful one-sided beating to Adam Harper in their super-welterweight ten-rounder, winning every second of every round until it was finally stopped at the midway point of the seventh round.

The only risk to Fowler was that he might be disqualified, as referee Ian John-Lewis deducted two points after repeatedly calling him for low punches, prompted by appeals from Harper, some of which looked borderline at worst.

“I should have been a bit more composed, but I got a little bit greedy because every time I touched him with the right hand he was going,” Fowler said. “With my height, range and jab, he shouldn’t be landing clean shots. Obviously, he’s not a puncher so he didn’t affect me.

“As we step up the levels – and I know Shane (McGuigan, his trainer) can take me all the way – I’ve got to be better than that.” 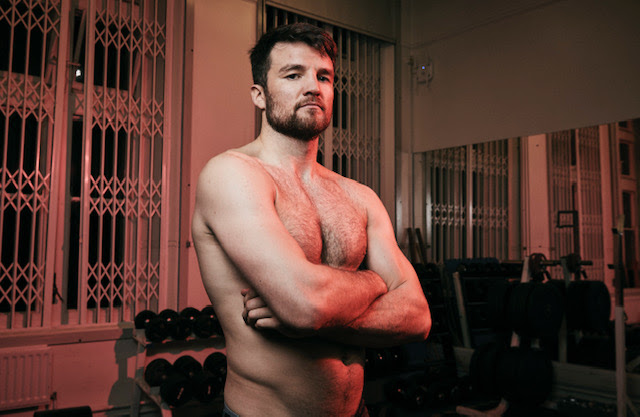 Harper had apparently got the fight by calling Fowler out, but the Liverpudlian, looked a level above him in the first, working the jab well and switching heavy hooks to head and body. Two body shots drew complaints from Harper that they were low, a view referee John-Lewis agreed with, as Harper took a lengthy break.

Fowler, a 2016 Olympian who won a gold medal at the same Commonwealth Games as Josh Taylor, Michael Conlan and Joe Joyce, continued his dominance in the second round, but when John-Lewis called another shot low, which seemed to land on the beltline, he docked a point from him. By then, Harper was bleeding from cuts on his nose and around his left eye.

The warnings did not deter Fowler, though, as he walked down Harper, landing solid punches to head and body, as well as a neat right uppercut towards the end of the round.

Harper just couldn’t make a dent in Fowler, though, and when he tried to land in the third, Fowler met him with better punches.

In the fourth, Fowler kept Harper at arm’s length, but when he spotted the opening he landed a devastating right that dropped Harper. He beat the count and Ian John-Lewis allowed him to continue and the bell went as he was under heavy pressure trapped in the corner.

“I want another round,” Harper told Malcolm Melvin in his corner. It was a torrid three minutes as Fowler teed off on him. It was more of the same in the sixth, but under pressure on the ropes, Fowler was again called for a low punch as Harper flopped to the floor.

Onto the seventh and it was uncomfortable viewing and more of a one-sided beating from Fowler. Eventually three straight punches landed and John-Lewis belatedly stepped in 1:30 into the seventh.

“You’ve got some balls, mate,” Fowler said as he commiserated with Harper. Harper had perhaps been too brave.