The 10-round bout will take place at the Kronk Gym in Detroit, Michigan and will stream live on UFC Fight Pass (7 p.m. ET/ 4 p.m. PT). 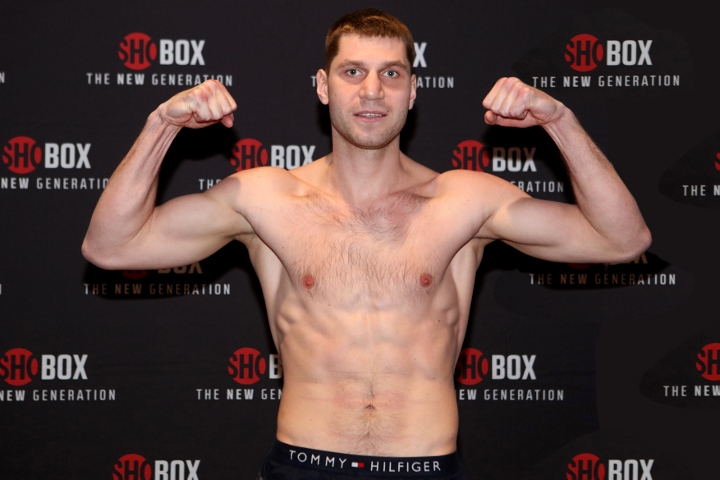 Salita believes Shishkin has the potential to not only win a world title belt but to beat some of the best fighters at 168 pounds, including Canelo Alvarez.

“Shishkin is the best super middleweight in the world on collision course with Canelo,” Salita told Boxingscene. “He is getting better and better with each fight under (trainer Javan) ‘Sugar’ Hill Steward’s work at the Kronk Gym.”

Riojas (21-13-1, 10 KOs), who resides in Monterrey, Mexico, lost by unanimous decision to unbeaten prospect Diego Pacheco in his last bout on February 29. The loss snapped a three-bout winning streak.

Also tentatively scheduled to fight on the Salita Promotions card is middleweight Winfred Harris, Jr. The Detroit resident will turn 35 two days before he is penciled to face Manny Woods (16-9-1, 6 KOs) of Saint Petersburg, Florida in a six-round bout.

Salita, who also promotes unified junior middleweight titleholder Claressa Shields, unbeaten heavyweights Jermaine Franklin and Apti Davtaev and unbeaten junior welterweight Shohjahon Ergashev, is hopeful his fighters can fight on significant fight cards in the future. In the meantime, Salita is content to have his fighters stay active in these unconventional times.

“We are thinking outside the box to stay active, positive during this unprecedented time in our history. The August 20 event is going to give fighters an opportunity to work and will give fans a unique opportunity to witness world-class boxing from the legendary Kronk Gym.”