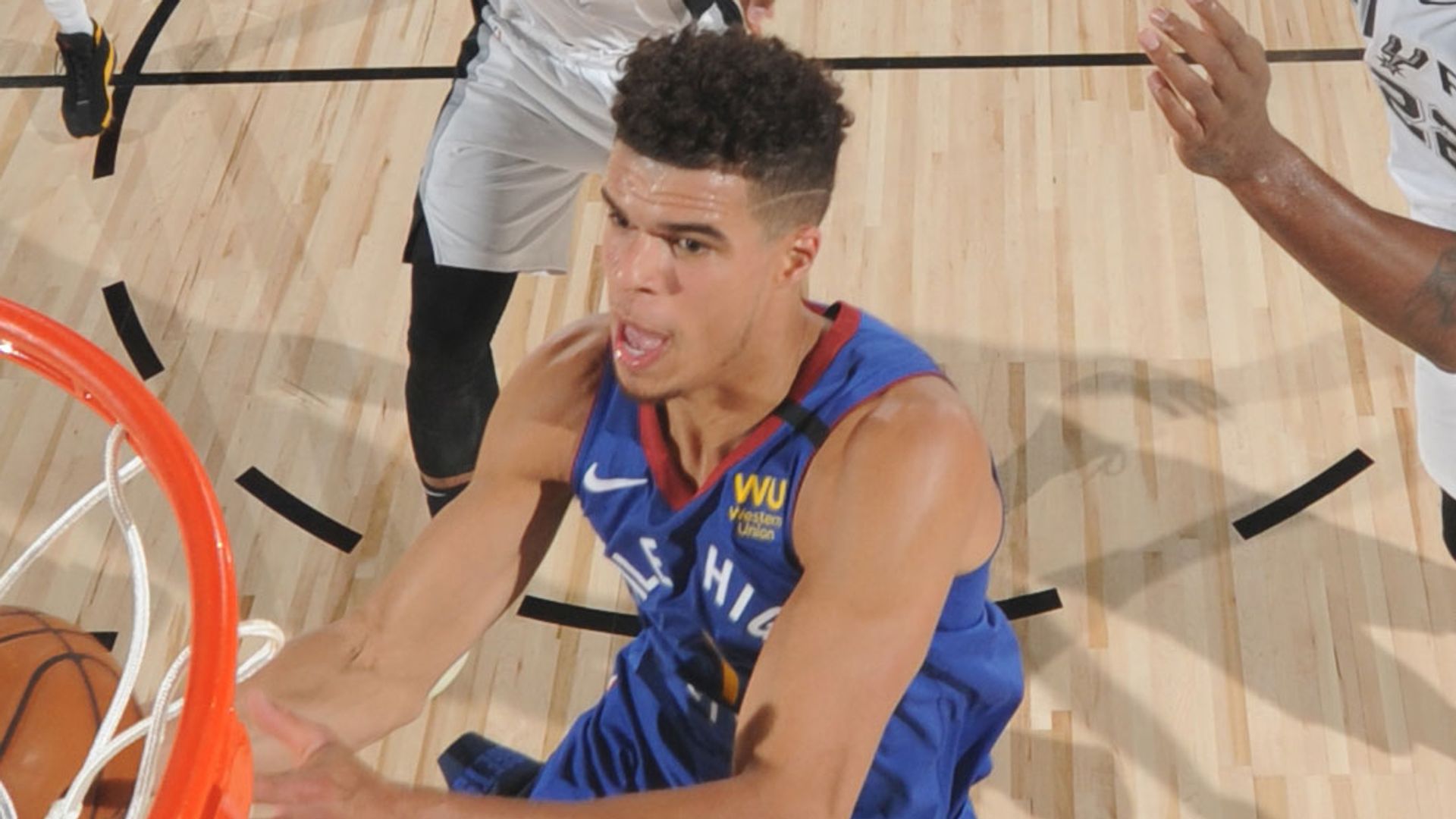 Denver Nuggets head coach Mike Malone said the “scary part” of Michael Porter’s bubble breakout is that he “has so much room for growth”.

Porter Jr erupted for his second successive 30-point double-double as the Nuggets defeated the San Antonio Spurs 132-126 on Wednesday night to move within half-a-game of the second-placed LA Clippers in the Western Conference.

Second-year forward Porter, who missed his entire rookie season while rehabbing a back injury that curtailed his college career and saw him tumble out of the top 10 picks in the 2018 Draft, has made the most of the opportunities afforded to him in the NBA restart as the Nuggets deal with a slew of injuries.

Starters Jamal Murray, Gary Harris and Will Barton have not played a minute in any of Denver’s three restart games. The 6ft 10in Porter answered the call with a career-high 37-point outburst on Monday in an overtime win over the Oklahoma City Thunder and served up another 30-point effort helping to guide the Nuggets past the Spurs.

“To follow up a really good game against Oklahoma City with a performance of 30 (points) and 15 (rebounds) shows you the talent he has and his understanding of, ‘I have to bring it every night’, said Malone. “Great players bring it every single night. There is so much room for growth, that’s the scary part.”

“Not every game is going to be a 30-point, 15-rebound game, especially with all the talent we have on this team, Porter said. “Anybody can go off on any night. For me, it’s about getting that routine down, making sure every single day I am staying consistent, coming out with that mindset of energy – that’s a preset thing I have got to do every single game.

“These games get long and the season gets long, but the great ones can be consistent with and do it on a nightly basis. That is my next step.”

“He has a lot of potential,” nine-time All-Star Payton said. “I watched him since he was in (high school in) Seattle and I knew the ability he had. He has all the tools. He can shoot the basketball, he can put (the ball) on the floor, he has good size and he can rebound.

“This is a plus (for the Nuggets) because they don’t have (Gary) Harris, they don’t have (Jamal) Murray. Porter Jr has stepped up and shown (other teams in the league), ‘why did you pass me up (in the draft)?'”

“He has limitless potential,” agreed Smith. “He has got to stay healthy, first and foremost. He would have been the No 1 pick in the (2018) draft (that included DeAndre Ayton, Luka Doncic and Trae Young) had he not got hurt (in college).

“We all understand how (highly) his talent was rated coming out of high school. The first time I ever saw him he was playing on a travel-ball team with Trae Young. Believe me, nobody was there to watch Young. They were all there to see Porter Jr. That tells you what sort of talent he is used to operating alongside.

“If he can get back to where he was then in terms of his peers, he is going to be an All-Star in this league at some point. Denver has an absolute steal. They robbed the league when they took him with that 14th pick.”